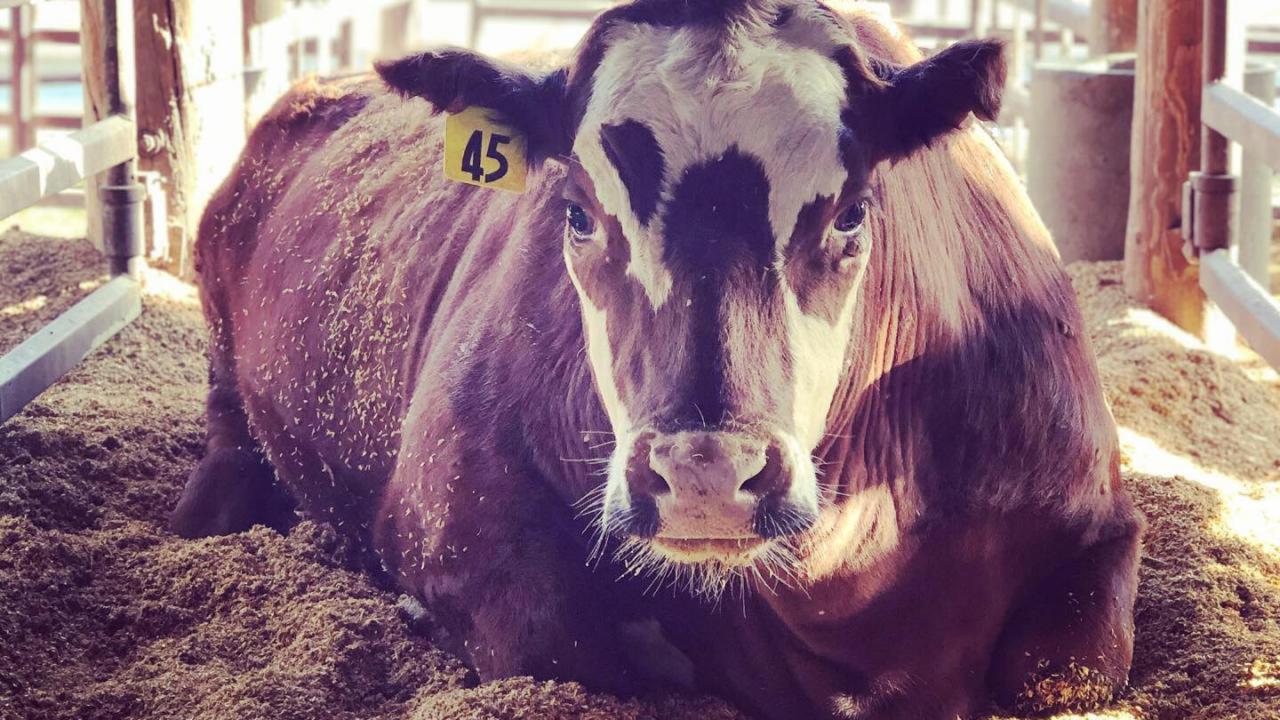 The year brought its fair share of big news and research breakthroughs, COVID-19 and non-COVID-19 alike. Given UC is the global leader in cited scholarship, it’s no surprise that each campus produced numerous new ways of understanding our world.

We’ve rounded up some of the best stories from each campus: Some were extensively covered by the media, like UC San Francisco’s novel treatment for severe depression; others were underrated but deserving of more attention, like UC Santa Cruz’s study on the social factors that affect teen gender identity. Together, these stories show how the University of California propels research that changes the world.

Using the CRISPR/Cas9 gene-editing technology discovered by UC Berkeley biochemist Jennifer Doudna, physicians are launching clinical trials aimed at correcting the defect that causes sickle cell disease. The inherited blood disorder, which is painful and often fatal, affects about one in every 365 Black or African American births. The trials will be led by doctors at UCSF and UCLA and are expected to begin by mid-2022. Tapping into UCLA’s expertise in genetic analysis and cell manufacturing and the decadeslong expertise at UCSF Benioff Children’s Hospital Oakland in cord blood and marrow transplantation and sickle cell gene therapy, they have the potential to create a cure for sickle cell disease that is both affordable and accessible. Doudna won the 2020 Nobel Prize in chemistry in for the CRISPR technology that makes these trials possible.

2. A new type of supernova

Scientists found the first convincing evidence for a new type of stellar explosion — an electron-capture supernova. The concept of an electron-capture supernova had been theorized for 40 years without any real-world proof. The discovery, led by UC Santa Barbara scientists at the global Las Cumbres Observatory, has been called the Rosetta Stone of astrophysics because it is helping scientists decode thousand-year-old records from cultures around the world, including a supernova from A.D. 1045 so bright it was seen for 23 days, even at daytime.

A UC Santa Cruz study showed that a growing number of Gen Z teens are identifying as nonbinary — but this is influenced by regional differences in levels of resources, rights, and visibility for sexual and gender diversity. While almost 25% of the LGBTQ+ youth surveyed expressed some form of nonbinary gender, it was more prevalent in those who lived in the San Francisco Bay Area compared to California’s Central Valley. Additionally, teens who were assigned female at birth seemed more comfortable with these forms of gender expression, whereas those who were assigned male at birth faced strong pressures to conform to standards of masculinity. The research sheds light on factors that can support or hinder sexual and gender expression among teens.

One of the most hopeful UC San Francisco stories this year was the successful treatment of severe, previously untreatable depression using customizable deep brain stimulation. Physicians were able to tap into a patient’s unique brain circuit involved in her depression and interrupt it using the equivalent of a pacemaker for the brain. The breakthrough was hailed as a landmark in the yearslong effort to apply advances in neuroscience to the treatment of psychiatric disorders. This precision medicine approach provided the patient with immediate, long-term symptom relief and could be transformative for other patients with chronic, treatment-resistant depression.

After the COVID-19 pandemic struck, scientists across the globe realized they could track the virus by testing sewage water. UC Merced professor Colleen Naughton pioneered a dashboard to host global findings, an innovation that earned her the 2021 Grand Prize in University Research by the American Academy of Environmental Engineers and Scientists. Wastewater monitoring allows scientists to test an entire group of people for COVID-19, not just one person at a time. It has also been shown to be effective at predicting outbreaks of COVID-19. Many cities, universities and countries have now adopted this testing approach and have reinforced the value of Naughton’s dashboard by sharing their results.

Wildfires have been increasing over the last two decades. But how much of that trend has been caused by human-induced climate change and how much could be explained by other factors? This year, scientists from UCLA and Lawrence Livermore National Laboratory set out to find answers. They analyzed a key variable tied to wildfire risk known as “vapor pressure deficit” — a term that reflects warm, dry air — and determined that 68% of the increase in vapor pressure deficit across the western U.S. from 1979 to 2020 was likely due to human-caused global warming. This suggests that human-induced climate change is the culprit for increasing fire weather in the western United States and that the trend is likely to worsen in the years ahead.

Of greenhouse gas emissions in the U.S., 10% comes from agriculture — and half of that from cows and other ruminant animals belching methane throughout the day as they digest. In 2018, researchers from UC Davis were able to reduce methane emissions from dairy cows by over 50% by supplementing their diet with seaweed for two weeks. The seaweed inhibits an enzyme in the cow’s digestive system that contributes to methane production. This year, they tested whether those reductions were sustainable over time by feeding cows a touch of seaweed every day for five months. The results were clear: Cattle that consumed seaweed emitted much less methane, and there was no drop-off in efficacy over time.

Polybrominated diphenyl ethers, or PBDEs, are a class of ubiquitous fire-retardant chemicals, found in upholstery, carpets, curtains, electronics and even infant products. Thanks to the inadvertent digestion of contaminated household dust, they can also be detected in breast milk around the world. A research team led by UC Riverside scientists found that when female mice exposed to PBDEs pass on these chemicals to their developing offspring, the female offspring show traits similar to autism spectrum disorders. In addition to shedding light on a potential cause of autism, the study signals the importance of toxicology studies so that chemicals like PBDEs can be investigated before they are commercially released.

Over the past two decades, dramatic increases in opioid overdose mortality have occurred in the United States and other nations, with the COVID-19 pandemic only worsening the problem. A UC Irvine-led study has pointed to a possible new therapy in an unlikely place — YHS, an extract of the plant Corydalis yanhusuo, which prevents morphine tolerance and dependence while also reversing opiate addiction. Even better, YHS has been used as an analgesic in traditional Chinese medicine for centuries. It is considered safe and readily available for purchase, either online or as a “botanical” in certain grocery stores. The extract could have an immediate, positive impact in curbing the opioid epidemic.

10. No serious COVID-19 vaccine side effects in breastfeeding moms

Mothers who are breastfeeding can get vaccinated and still continue to breastfeed their babies, researchers at the UC San Diego School of Medicine reported. Researchers found that breastfeeding mothers who received either the Pfizer-BioNTech or Moderna vaccination reported the same localized symptoms as non-breastfeeding women, with no serious side effects in their breastfed infants. The results not only demonstrated that the Pfizer and Moderna vaccines were not red flags for breastfeeding mothers but encouraged lactating women to get the COVID-19 vaccine and to continue to breastfeed their infants: Thankfully, they did not have to choose one over the other.