For loyal Aggies, all for one

Students new to UC Davis will learn to be Aggies through our many traditions. We have been celebrating and honoring our history since our school started in 1908. Read on for a sample of our many unique and enjoyable traditions. 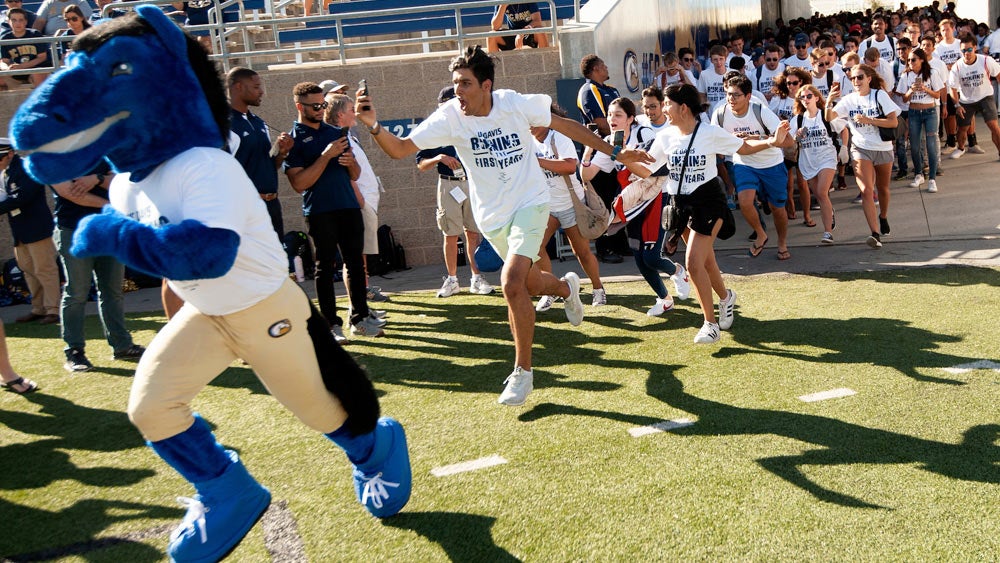 Running of the first-years!

Just before kickoff at the first home football game of the year Gunrock leads any first-year student who is up for it out onto the football field! While it isn't required to officially become an Aggie, it sure makes you feel like one. Our football games and other sporting events are full of other traditions as well, tube sock madness, free pizzas for the loudest fans and even Pint the dog that retrieves the tee after every kickoff! 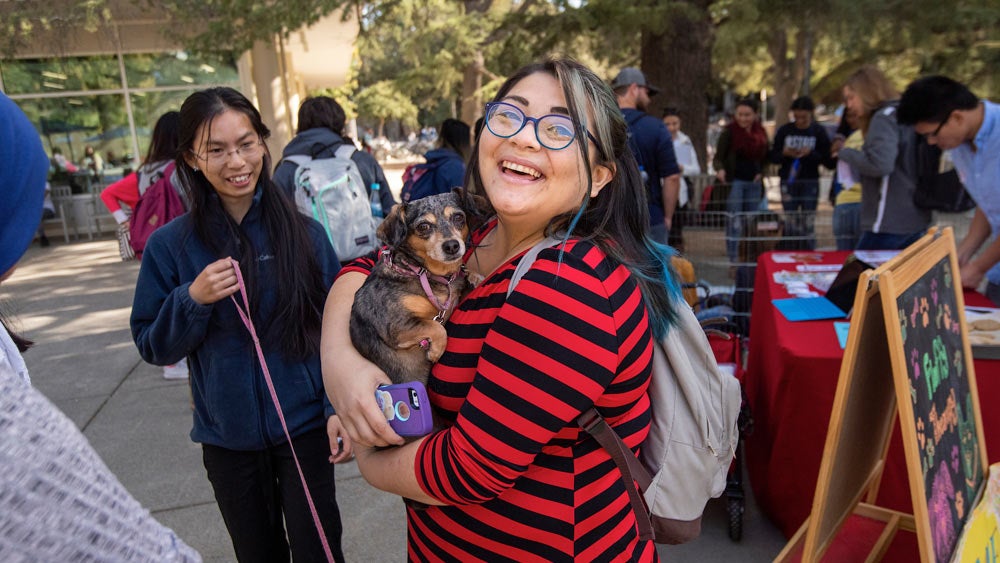 Studying for finals can be stressful, but UC Davis has come up with a unique way to relieve some of that pre-exam anxiety. PUPPIES! Every year during finals week, UC Davis Student Health brings puppies and other foster dogs to the Memorial Union so our students can de-stress by sharing some love with some fluffy friends. In addition to this fun tradition, UC Davis Student Health has several other programs designed to help students thrive throughout their college experience. 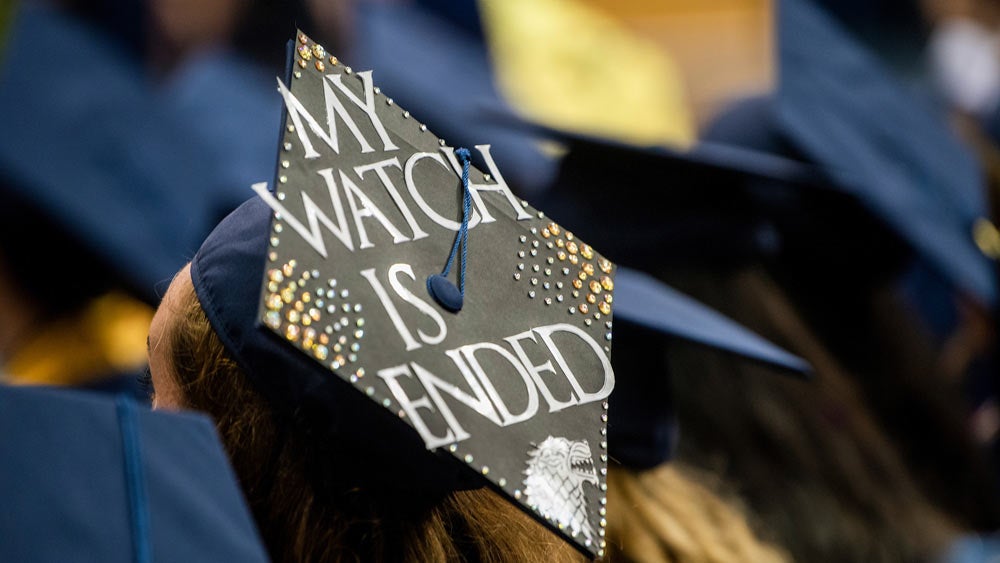 Every year when the time comes for many of our students to graduate, the UC Davis social media team sponsors a contest to feature the best and most creative grad cap designs. Designs are judged through Facebook the entry with the highest combined reactions will take first place, the second-most reactions will win second place and so on. The top three winners receive cash and swag prizes, and get to add a small achievement to the already amazing accomplishment of finishing their UC Davis degree. 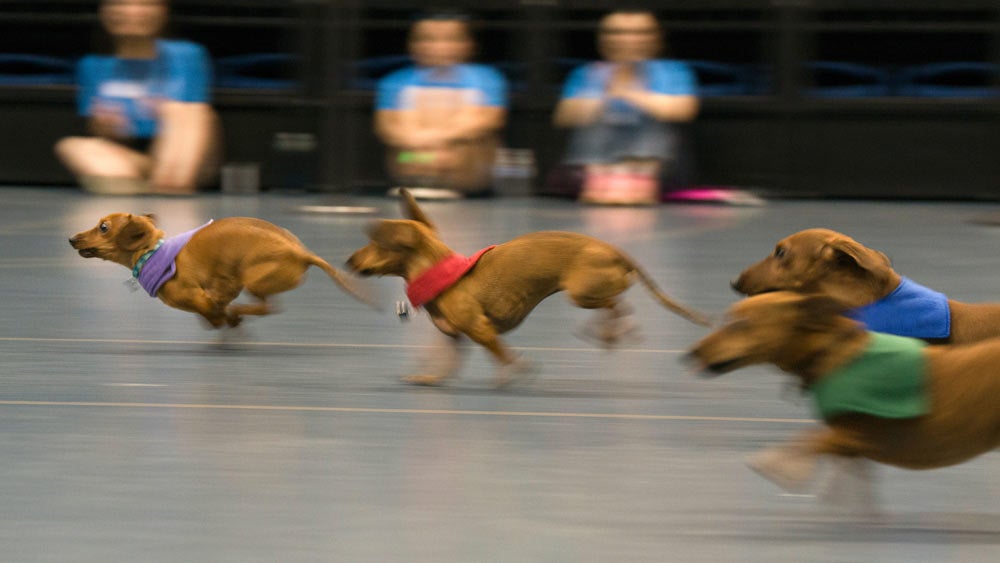 One of the many traditions attached to the annual Picnic Day event is the Doxie Derby! Dachshunds from around the Sacramento area gather to test their speed against their oddly shaped peers. The event is a fan favorite and is among several other traditions that keep the huge crowds returning year after year to the largest student-run event in the country. 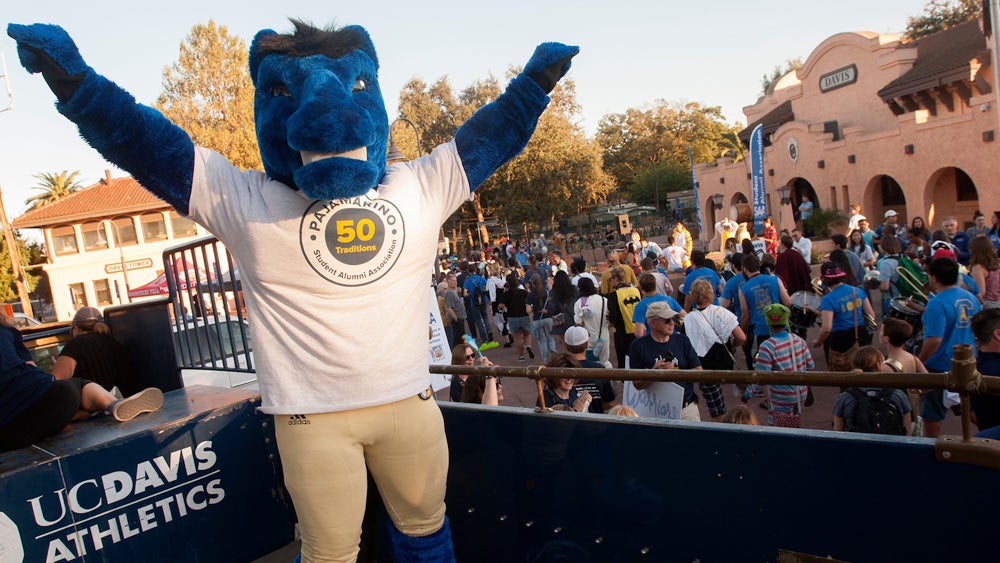 Pajamarino is part of the homecoming celebration that has been around nearly 100 years! The tradition began in the 1930s, when students snuck out of their dorms in their pajamas to welcome alumni riding the train to Davis for Homecoming Weekend. The students — wearing pajamas — and the UC Davis Marching Band join with the alumni to march through downtown Davis to the annual homecoming bonfire on campus. Homecoming week is full of several other campus events that culminate with the homecoming football game. 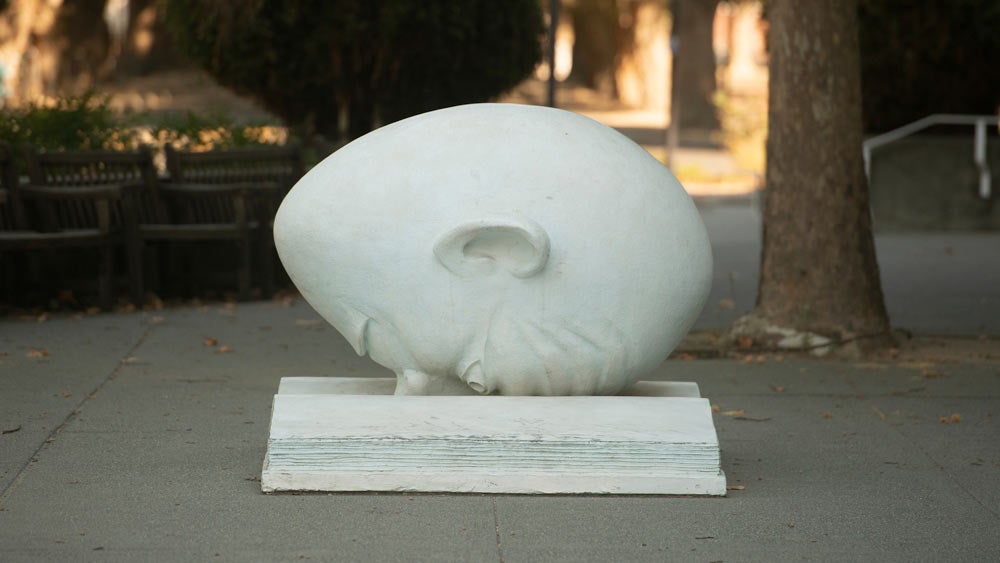 According to this rather quirky tradition, kissing the Bookhead Egghead in front of Peter J. Shields Library will increase your chances of acing your finals. The Eggheads themselves are a must see for any student. The sculptures were created by the late professor and artist Robert Arneson in the early 1990's and have been making students and visitors smile ever since. There are a total of 6 eggheads in 5 locations, it is considered bad form for an Aggie not to visit each spot at least once! 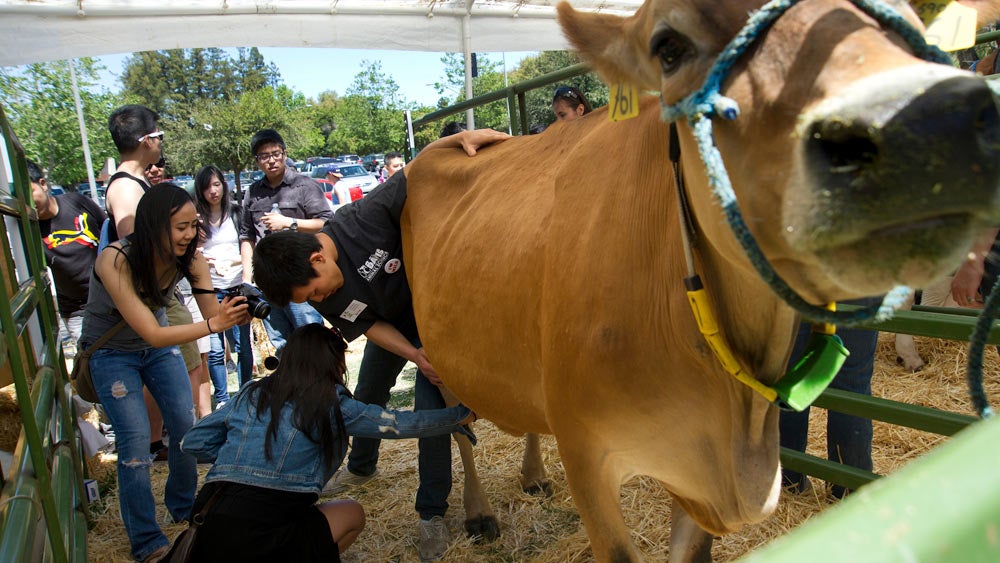 Another one of Picnic Day's fan favorites is the cow milking station. Student volunteers and professors from the Animal Science department set up the event every year to help our students and other Picnic Day visitors learn the art of milking a cow! Picnic day has many other animal related attractions including the Doxie Derby, Canine Frisbee Contest, equine shows and a police K-9 demonstration.