Gary S. May became UC Davis’ seventh chancellor on Aug. 1, 2017. He oversees all aspects of the university’s teaching, research and public service mission.

Chancellor May is boldly leading the university to new heights in academic excellence, enterprise research, public service and upward mobility for students from all backgrounds. He spearheaded the creation of “To Boldly Go,” a 10-year strategic plan for the university and created new programs to ensure we’re meeting students’ basic needs. These include affordable housing, food security and mental health services.

A strong proponent of innovation and economic development, one of Chancellor May’s first significant efforts was partnering with the City of Sacramento to develop Aggie Square. This 25-acre “innovation ecosystem” on our UC Davis Health campus will be home to key research and academic programs and will serve as an incubator for start-ups.

An electrical engineer, computer science expert and proud UC alumnus (UC Berkeley ’88 and ’91), Chancellor May is a dynamic leader with a passion for helping others succeed. He believes success is best judged by how we enhance the lives of others.

Throughout his career, he has championed diversity and mentorship in both higher education and the workplace. He developed nationally recognized programs to attract, mentor and retain underrepresented groups in the STEM fields of science, technology, engineering and math.

Learn more about the chancellor:

As UC Davis’ chief academic officer, her responsibilities include partnering with deans and faculty to achieve excellence across our academic mission of education, research and service. This includes implementing the strategic plan, strengthening and supporting the research enterprise, advancing student achievement and success, and fostering collaboration across UC Davis and in our communities. She oversees the university budget and daily campus operations, and partner with Chancellor May to develop Aggie Square.

“I’m thrilled that Mary will join my leadership team during such a pivotal time for higher education,” May said. “She has deep roots in academia, and particularly with the UC system as an administrator and as a researcher in public health. She knows the impact and value of UC Davis, and we are proud to welcome her home.”

Experience in the UC system

Within the University of California system, Croughan served as executive director of the Research Grants Program Office at the UC Office of the President from 2010 to 2017. There she oversaw seven grant programs to develop and implement UC’s intramural research strategic vision, as well as overseeing research funds for the state of California.

From 1987 to 2010, Croughan served as a faculty member at UC San Francisco in the School of Medicine. During her time with UCSF, she co-directed a required course in epidemiology and biostatistics and won multiple teaching awards, including the Academic Senate’s Distinguished Teaching Award.

Also at UCSF, Croughan developed and led a practice-based research network with more than 600 community-based primary care physicians. Since 1987, she has conducted research in reproductive and perinatal epidemiology, specifically examining health outcomes of nearly 52,000 women treated for infertility, and their partners and their children.

Croughan served as a fellow of the American Council on Education with University of Miami President Donna Shalala in 2012-13. As an ACE fellow, she studied higher education within the United States and internationally, enhancing her expertise in undergraduate education, fundraising, athletics and crisis communications. 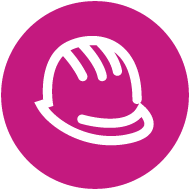 Make your career at the Davis campus 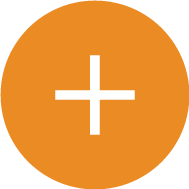 Apply your talent at the UC Davis Health System