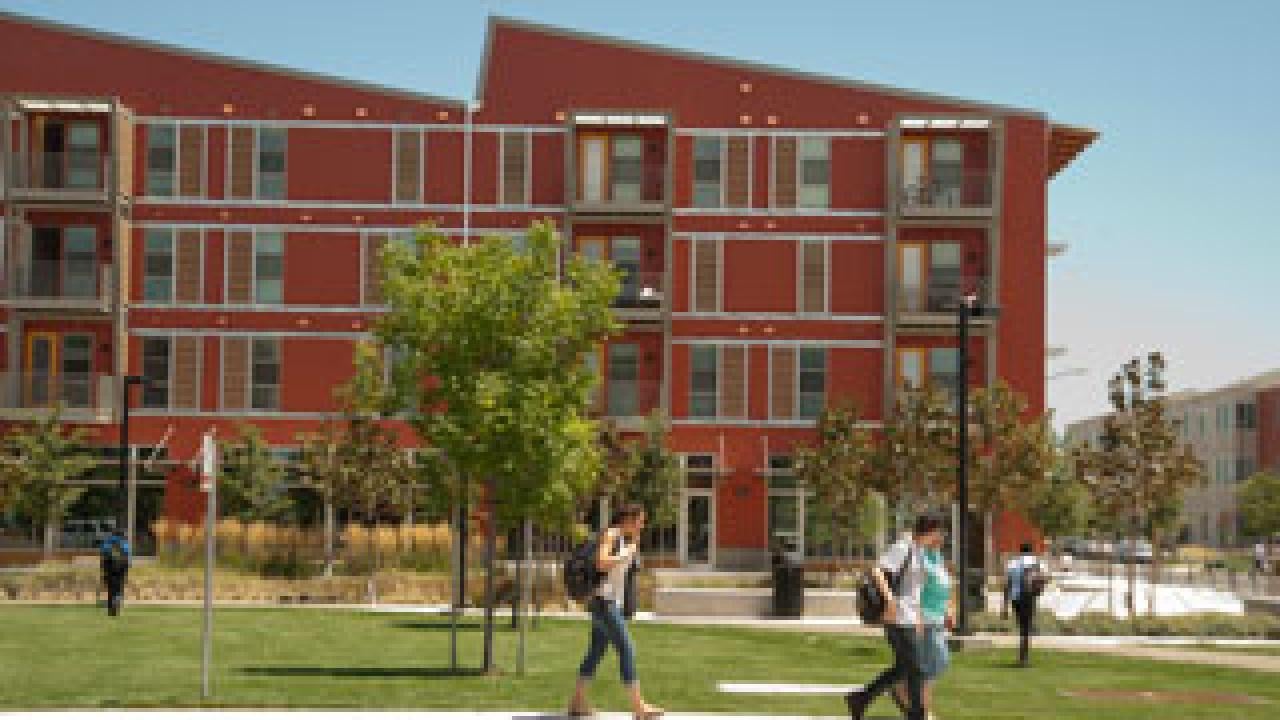 Since officially opening in October 2011, UC Davis West Village continues to grow both physically and academically, as a community and energy research hub for students, staff and faculty residents to live and learn.

Nearly a year since the first solar panels were installed at UC Davis West Village in March 2012, the nation’s largest planned zero net energy community appears to be on track to meet its goal of producing as much energy as it consumes.

While it is too soon to tell whether West Village will meet its zero net energy goal this year, developer Carmel Partners of San Francisco said preliminary data shows zero net energy is within reach.

“The project is not fully built or stabilized, so it is too early to tell,” said Stephanie Martling, asset manager at Carmel Partners. “Data is starting to come in, and the data looks good. However until the project is fully stabilized, we will not know whether the project is meeting its goal of zero net energy.”

Martling said the project was built as designed, the solar panels are functioning as intended and producing their full potential, and residents are using the amount of electricity expected.

“We are actively trying to educate residents on how to reduce their consumption, paying particular attention to units showing higher energy use than others,” Martling said.

Sid England, UC Davis’ assistant vice chancellor of environmental stewardship and sustainability, said such considerations were expected, given that a project of this size had not been done before.  “As the project grows and changes, some parts perform as expected and some do not, which Carmel Partners is evaluating to keep on track to meet the goal of zero net energy,” England said. “This is consistent with the idea of UC Davis West Village as a living laboratory that balances energy efficiency with renewable energy generation.”

West Village Community Partnership, LLC (a joint venture of Carmel Partners of San Francisco and Urban Villages of Denver), worked with UC Davis to bring the plans for UC Davis West Village to life. The developer has a 65-year ground lease with the university for the project.