The distinct black and white stripes of zebras capture people’s attention and imagination from an early age. But rarely are we told why zebras have those stripes to begin with. 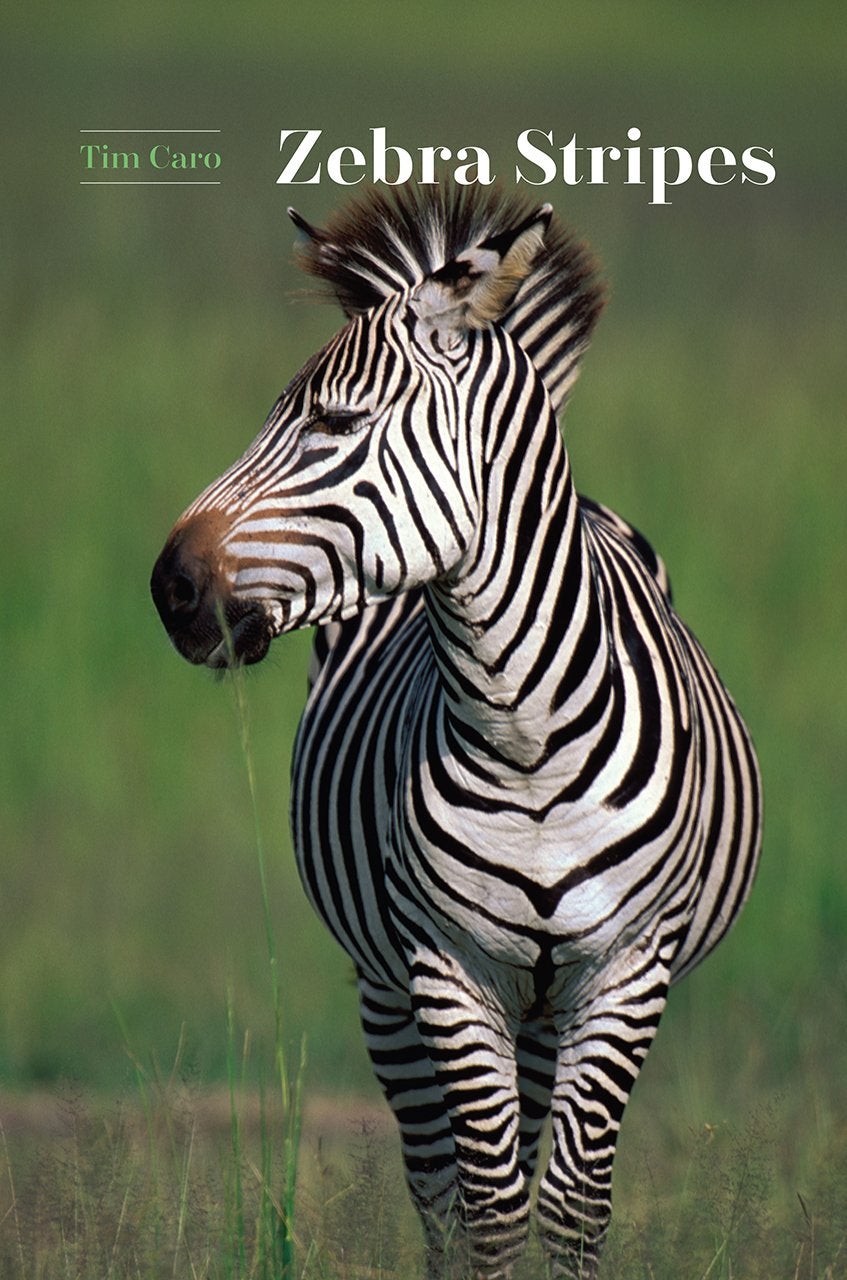 In his new book, Zebra Stripes, Caro takes readers through his scientific and personal journey to get to the bottom of this mysterious and beautiful coloration.

Since biologists Alfred Russel Wallace and Charles Darwin first debated the issue more than 130 years ago, many theories have been put forth as to why zebras have stripes: A form of camouflage? To confuse predators? Heat management? To repel biting flies?

Chapter by chapter, the book shows Caro’s process of elimination as he systematically tested each of these hypotheses at his research site in Tanzania.

His methods were creative: He took long walks wearing custom-made striped suits and then counted all the biting flies that landed on him. He created life-size plywood models of equine species painted with different patterns to study camouflage. He approached zebras on foot and recorded their flight behavior. He set up fly traps that were savaged by hyenas. He used thermographic cameras to measure the heat of different species.

“Eventually, we got the answer at Shields Library,” Caro said. “I really didn’t have to go far at all.”

A comparative review of literature at UC Davis’ main library showed him that striped equid species and subspecies occur where biting flies are numerous. No other hypotheses stood up to scrutiny. He determined that zebras have stripes to deter biting flies, like horseflies and tsetse flies. He later confirmed the findings, published in the journal Nature Communications in 2014, with additional field experiments in Tanzania.

Art and zebras in the family

The book, published Dec. 5 by University of Chicago Press, is the first on this topic. It features drawings by Caro’s mother, Sheila Girling, images of Caro’s experiments, photos of zebras, and a wealth of new and previously unpublished data.

Caro said there are many benefits to tracking down answers about what animals do or look like, not just for science but for appreciation of nature, particularly for children.

“When we’re children, we’re told, ‘This is a panda,’ or ‘This is a zebra,’” he said. “But we’re never told why they’re colored that way. I think one can increase children’s appreciation of the natural world and commitment to it by trying to understand animal coloration.”

It may be unsurprising, then, to learn that Caro is also at work on a children’s book about zebra stripes, with illustrations by his grown son.