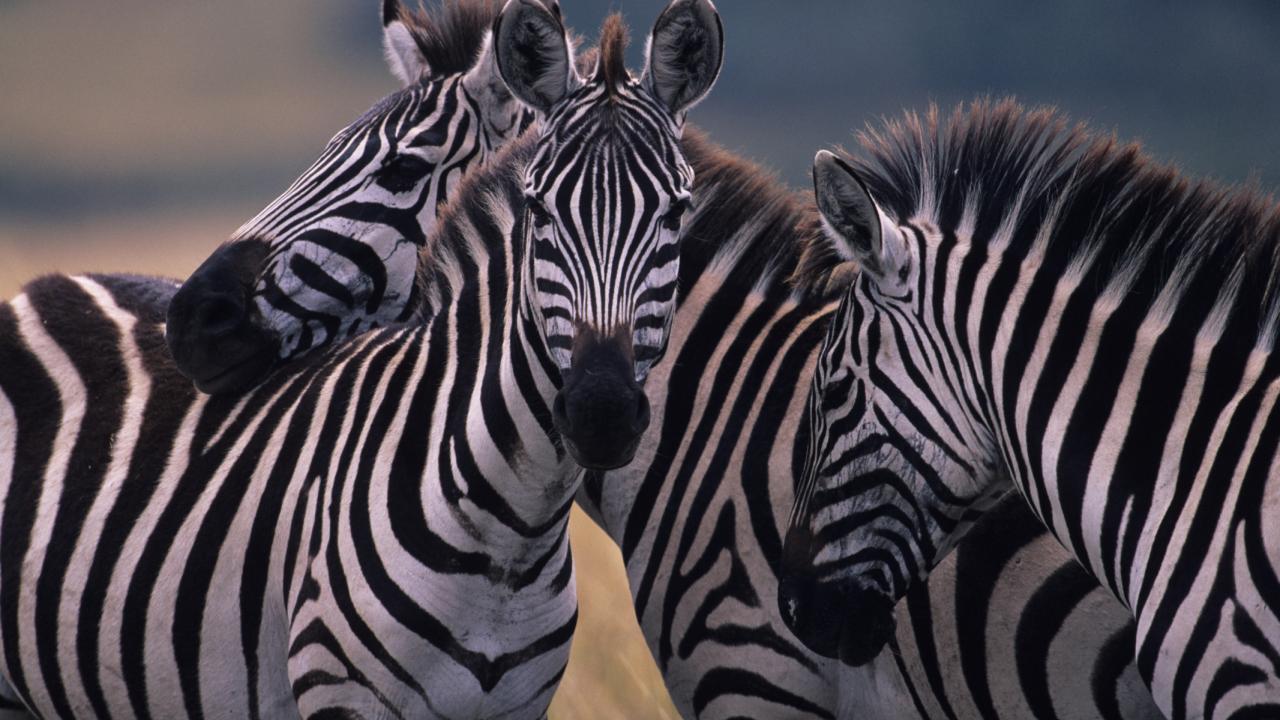 Why zebras have black and white stripes is a question that has intrigued scientists and spectators for centuries. A research team led by the University of California, Davis, has now examined this riddle systematically. Their answer is published today, April 1, in the online journal Nature Communications.

The scientists found that biting flies, including horseflies and tsetse flies, are the evolutionary driver for zebra stripes. Experimental work had previously shown that such flies tend to avoid black-and-white striped surfaces, but many hypotheses for zebra stripes have been proposed since Alfred Russel Wallace and Charles Darwin debated the problem 120 years ago. These include:

The team mapped the geographic distributions of the seven different species of zebras, horses and asses, and of their subspecies, noting the thickness, locations, and intensity of their stripes on several parts of their bodies. Their next step was to compare these animals’ geographic ranges with different variables, including woodland areas, ranges of large predators, temperature, and the geographic distribution of glossinid (tsetse flies) and tabanid (horseflies) biting flies. They then examined where the striped animals and these variables overlapped.

After analyzing the five hypotheses, the scientists ruled out all but one: avoiding blood-sucking flies.

“I was amazed by our results,” said lead author Tim Caro, a UC Davis professor of wildlife biology. "Again and again, there was greater striping on areas of the body in those parts of the world where there was more annoyance from biting flies.”

While the distribution of tsetse flies in Africa is well known, the researchers did not have maps of tabanids (horseflies, deer flies). Instead, they mapped locations of the best breeding conditions for tabanids, creating an environmental proxy for their distributions. They found that striping is highly associated with several consecutive months of ideal conditions for tabanid reproduction.

Why would zebras evolve to have stripes whereas other hooved mammals did not? The study found that, unlike other African hooved mammals living in the same areas as zebras, zebra hair is shorter than the mouthpart length of biting flies, so zebras may be particularly susceptible to annoyance by biting flies.

“No one knew why zebras have such striking coloration,” Caro said. “But solving evolutionary conundrums increases our knowledge of the natural world and may spark greater commitment to conserving it.”

Yet in science, one solved riddle begets another: Why do biting flies avoid striped surfaces? Caro said that now that his study has provided ecological validity to the biting fly hypothesis, the evolutionary debate can move from why zebras have stripes to what prevents biting flies from seeing striped surfaces as potential prey, and why zebras are so susceptible to biting fly annoyance.