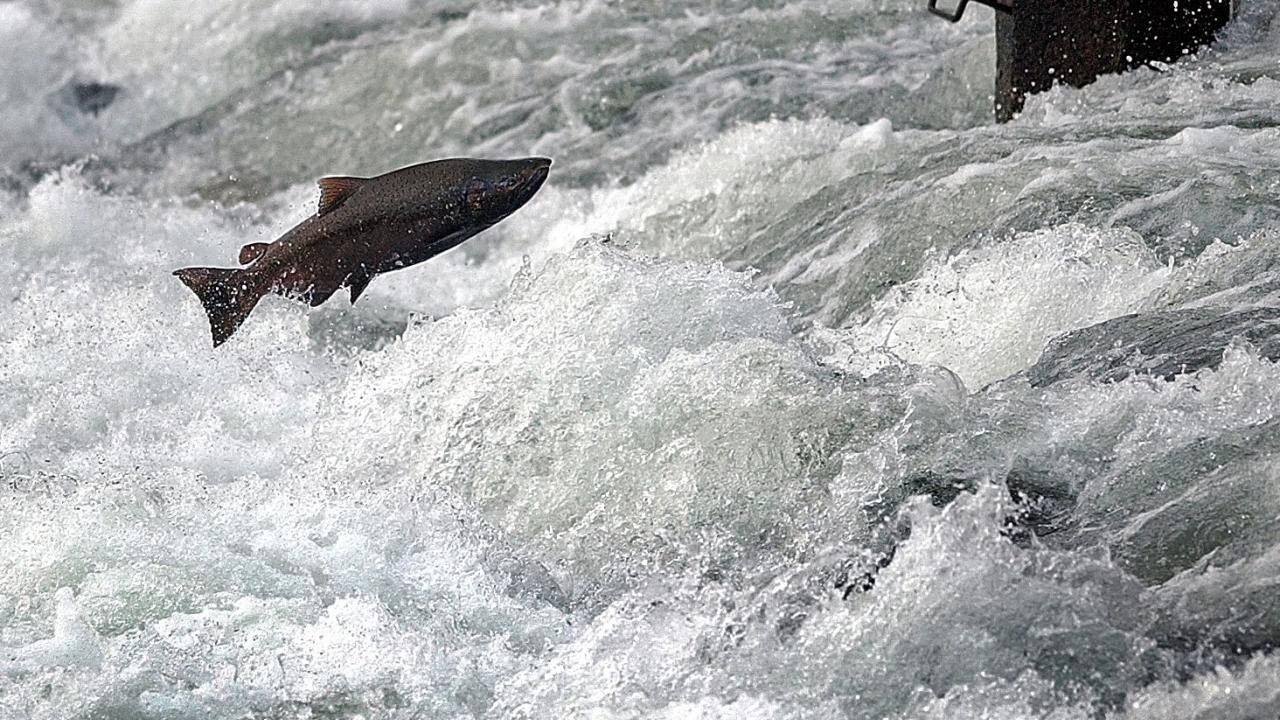 Nearly Half of California’s Native Salmon, Steelhead and Trout on Track to Be Extinct Within 50 Years

The University of California, Davis, and nonprofit California Trout provided key results from an in-depth report today detailing the status of 32 types of salmon, steelhead, and trout that are native to California. State of the Salmonids II: Fish in Hot Water offers concerning data about the declining health of these fish populations and opportunities for stabilizing and even recovering many species.

The report found that if present trends continue, 74 percent of California’s native salmon, steelhead, and trout species are likely to be extinct in 100 years, and 45 percent could be extinct in 50 years.

“This report should rightly be considered an alarm bell, but it should also be seen as a roadmap for how we can correct course to better support native aquatic species,” said lead report author Peter Moyle, distinguished professor emeritus in the Department of Wildlife, Fish and Conservation Biology and Associate Director of the UC Davis Center for Watershed Sciences. “Thanks to ongoing scientific research, we now know what to do — and where — to improve the plight of native fish.”

SOS II: Fish in Hot Water is the second such report released by CalTrout and the UC Davis Center for Watershed Sciences. The first edition was published in 2008 and established a baseline level of health for each of 32 types of native salmon, steelhead and trout populations in the state, including the extinct bull trout. Since that time, the number of California’s native fish species likely to be extinct within the next five decades nearly tripled, from five to 14 species. And after five years of historic drought, 81 percent of the remaining 31 species are worse off today than they were a decade ago.

“The health of our native fish is a reflection of the health of our rivers and streams,” said Curtis Knight, executive director of CalTrout. “Declining fish populations indicate degraded waters, which threaten the health and economic well-being of all Californians.”

Key threats to survival of species

The report includes an analysis of key threats to the survival of each species, starting with the overarching threat of climate change, which is likely to reduce the availability of cold water habitat that salmon, steelhead and trout all depend on for survival. It also highlights various other human-induced threats, such as dams, agriculture, estuary alteration, urbanization and transportation.

“We have already lost one of our native fish,” Knight added. “The bull trout was last seen in the McCloud River in 1975. The fact we haven’t lost another since 1975 is remarkable. These fish are resilient, but this report underscores that we must act now to prevent further extinctions.”

The report notes that improving salmonid status throughout California requires investing in productive habitats that promote growth, survival and diversity. CalTrout notes it has developed an action plan to return the state’s salmon, steelhead and trout to resilience to help many of these species thrive.

Reversing the trend toward extinction

To reverse the trend toward extinction, the report suggests prioritizing protection and restoration efforts in three general areas:

“We know we are not going to turn back the clock to a time before rivers were dammed or otherwise altered for human benefit,” Knight said. “Using the best available science, we can make landscape-level changes that will allow both people and fish to thrive in California.”

California’s native salmonids facing the most immediate threat include:

A longer, more detailed report from UC Davis Center for Watershed Sciences is expected this summer.