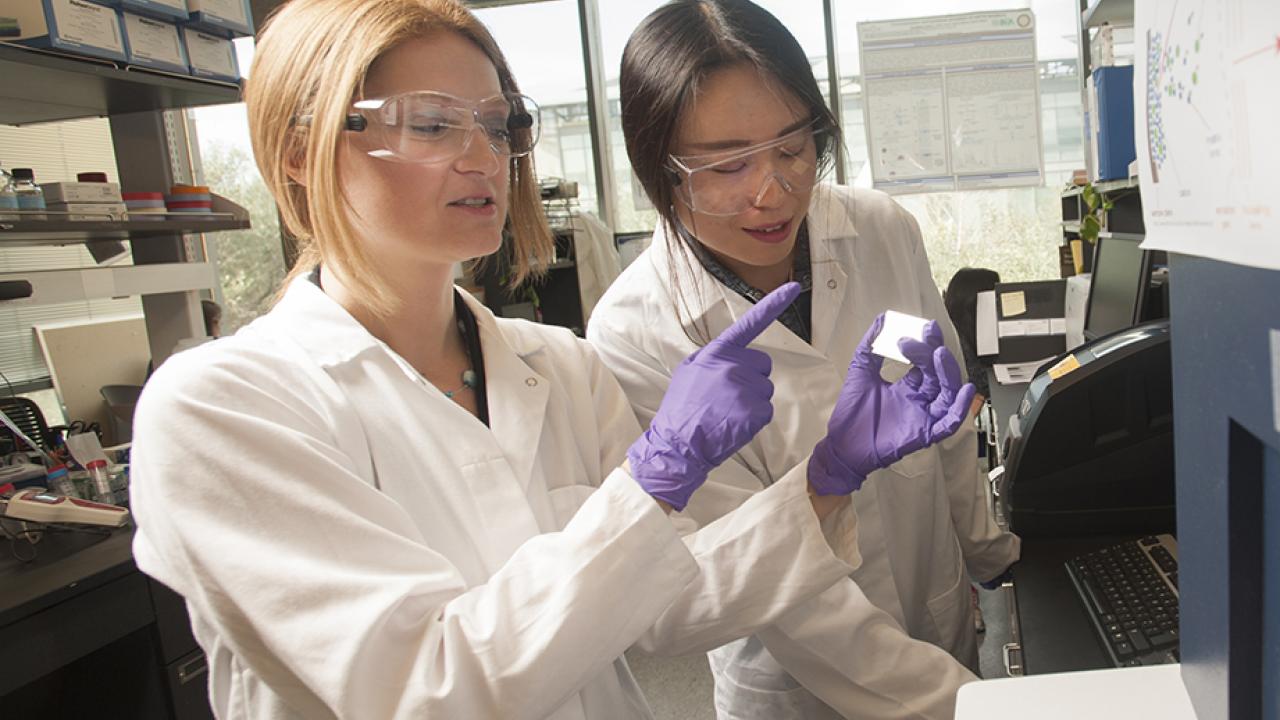 The “forests” of microbes that naturally grow in babies’ guts are increasingly recognized as key players in childhood health and nutrition.

One study suggests that there may be opportunity for the dairy industry to play an important role in helping to develop novel foods and therapies.

Results from the two studies offer hope for reducing malnutrition, which each year kills 3.1 million children globally, accounts for 45 percent of deaths among children under age 5, and robs millions of the surviving children of their physical and intellectual potential.

Now appearing in Science and Cell

In one of the new studies, scientists found evidence that impaired “maturation” of babies’ gut microbe communities can directly contribute to poor growth.  Their findings will be reported Feb. 19 in the journal Science.

In the other study, researchers demonstrated that certain complex sugar compounds found in human milk, and to a lesser extent in cow’s milk, nourish health-promoting gut microbes and may be important ingredients for future therapies.  The findings of that study will appear Feb. 19 in the journal Cell.

Both studies were led by acclaimed gut-microbiome researcher Jeffrey I. Gordon of the University of Washington School of Medicine in St. Louis. The studies involved germ-free mice and/or piglets as research models.

The study published in Science built upon earlier findings, which showed that undernourished children have immature, underdeveloped microbiota, or communities of microbes, in their guts.

To examine the relationship between underdeveloped microbiota and growth, the researchers transferred microbes from either healthy or undernourished 6- and 18-month-old children into “germ-free” mice, which had been specially raised to have no pre-existing gut microbes of their own. The mice were then fed diets that mirrored the diets of either the healthy or undernourished children.

A solution to stunting found in cow’s milk?

In the study reported in the journal Cell, the researchers explored the connection between infant undernutrition and certain oligosaccharides, which are sugar compounds found in human breast milk and at much lower levels in cow’s milk.

The results demonstrated that the sugar from cow’s milk improved growth and healthy metabolic processes in the mice and pigs that had received the malnourished infant’s gut microbes.

“In short, the study demonstrated that these specific complex milk sugars nourish the infant gut microbes introduced to the mouse and pig models, leading to improvements in a number of factors associated with growth and health,” said the study’s co-author David Mills, a professor of food science and technology at UC Davis.

Oligosaccharides derived from cow’s milk for this study were provided by Hilmar Cheese Company.  Hilmar’s cheese-processing facility in Merced County, California, has the technical capacity and expertise to separate the oligosaccharides from whey, a valuable byproduct of the cheese-making process.

“This is a wonderful example of the dairy industry serving as a hands-on partner with UC Davis researchers to make these high-end milk byproducts available for research,” said Mills.

“The particular excitement about this approach is the rapid nature by which this technology can be translated into novel foods and therapies, given the potentially massive oligosaccharide streams available for capture from the dairy industry worldwide,” he said.

Tedd Struckmeyer, a study co-author and Hilmar Cheese Company’s vice president of engineering, noted that the study results are intriguing.

“We are delighted to contribute our expertise in milk fractionation. Our innovation focus is on making more from milk and looking for unique milk properties that can be used to improve human nutrition,” Struckmeyer said. “We hope these studies stimulate further research funding to advance the understanding and availability of beneficial products.”

Funding for both studies was provided by the Bill & Melinda Gates Foundation, the National Institutes of Health and the U.S. Agency for International Development.  In addition, the Academy of Finland provided support for the study published in Science.