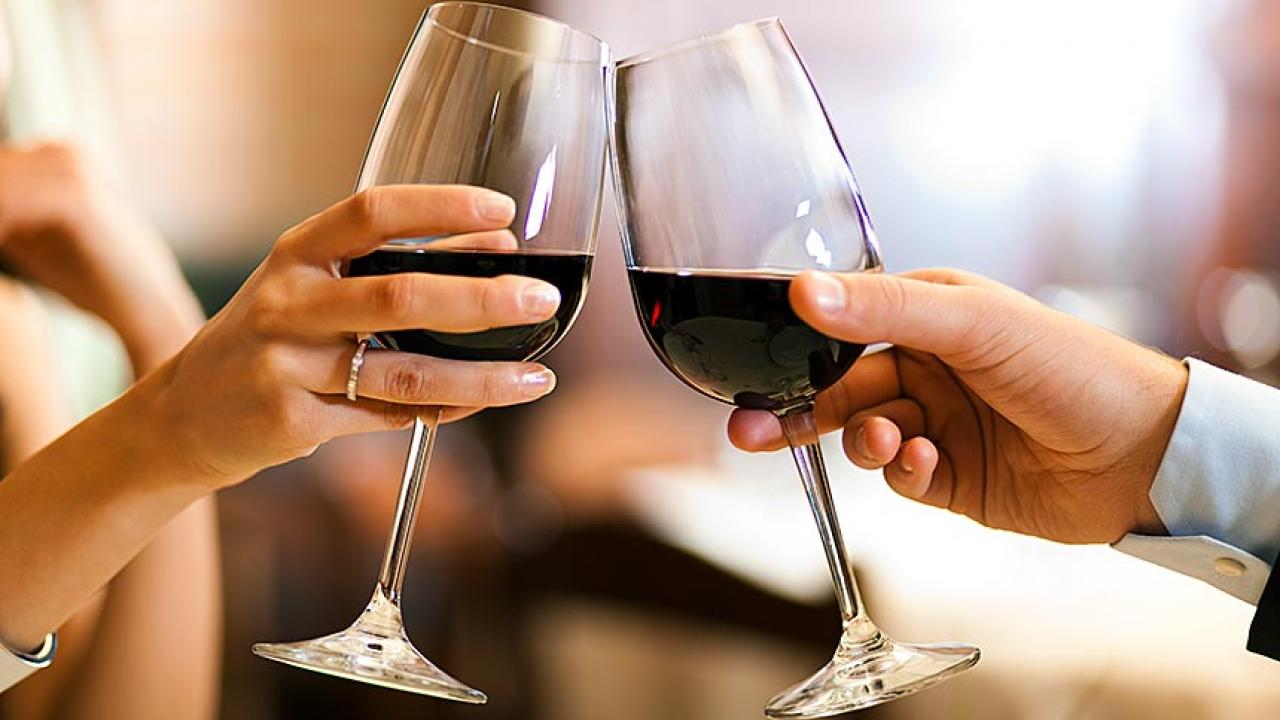 5 Reasons to Lift a Glass to UC Davis

For more than a century, UC Davis has been studying beverages — from milk to wine and beer, and most recently tea and coffee. We’ve improved production and processing, and examined nutritional benefits.  We’ve also equipped generations of students to go forth and help the world enjoy better living through liquids!

Who knew you could go to college for a degree in beer making? It is totally possible at UC Davis but be forewarned that the path to the campus brewery also passes through a number of chemistry, physics and biology labs. Ours is the oldest and most highly acclaimed academic brewing program in the United States. It is run by veteran brewing professional Charlie Bamforth, dubbed by some as the “Pope of Foam,” whose students have gone on to positions in the brewing industry around the nation. The brewing science program, founded in 1958, provides undergraduate and masters-degree education and training in malting and brewing. Its research program focuses on challenges in the brewing industry, ranging from flavor to foam stability to beer chemistry and nutritional content.

“The Art and Science of Beer,” featuring the “Pope of Foam” VIDEO

So you think milk is that mild, unassuming beverage relegated to childhood?  Think again!  For many folks, cow’s milk is the original sports drink, rich in protein, calcium and vitamins. Scientists have discovered that milk contains more than 100,000 microbes, many ideally suited for nourishing and strengthening the body. Milk also played a key role in the founding of UC Davis. More than a century ago, Peter J. Shields, president of the State Agricultural Society, was highly irritated to discover that young farmers had to go out of state to learn how to judge dairy products. Taking action, he paved the way for the 1906 founding in Davisville of the University Farm, where the scientific and technological aspects of agriculture could be combined. Since then, UC Davis scientists have been making amazing discoveries about how the milk of cows and goats is produced and the important similarities between those milks and human breast milk.

“Got Ice Cream! (Thanks to UC Davis)”

Birthed in Asia, tea has spread to every continent of the world, gaining a reputation for both refinement and healthfulness. And now, UC Davis is taking a team approach to examining this age-old beverage through the new Global Tea Initiative for the Study of Tea Culture and Science. The new initiative is exploring the ways in which tea influences everything from ceramics to gender roles to health practices around the world.

And, check out “7 Things You Probably Didn’t Know About Tea."

How could we not turn our attention to the beverage that is so near and dear to the hearts of some 100 million U.S. consumers? Coffee is a fairly recent addition to UC Davis’ beverage portfolio, but it has captured the hearts of students, researchers and industry leaders. Students are finding that the study of coffee roasting, processing and brewing is a fantastic way to learn the basics of chemical engineering. And there are plans on the drawing board to establish a campus coffee roastery as well as collaborative research projects spanning the scientific, engineering and social aspects of coffee. For more see:

Check out student video and details on the intro to coffee course.

Imagine that on a spring day in 1880, the California legislature actually told the University of California to start making wine — all for the sake of studying grape growing and fermentation, of course. UC Davis was not even a twinkle in the eyes of UC’s founding fathers then, so the viticulture and enology program was established at Berkeley, moving to the Davis campus in 1935 following the repeal of Prohibition. And the rest truly is history. Today, UC Davis is the premier university wine science program in the United States, and our graduates are making, selling and teaching about wine all over the globe. Our winery has the first wireless fermentation system in the world, and work is underway to provide sustainable solutions for the challenges facing California’s epic wine industry.

“Life as a Student in V&E at UC Davis” VIDEO

What you didn’t know about the Wine Aroma Wheel VIDEO