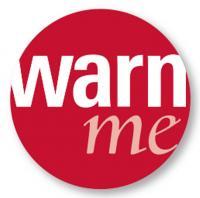 UC Davis WarnMe and Aggie Alert messages provide timely information and instructions to faculty, staff, students and others when their well-being may be directly affected by emergencies or other urgent situations. WarnMe messages and Aggie Alerts are distributed by email and text message and also posted to UC Davis’ Facebook and Twitter accounts. Tests are scheduled three times during each academic year.

The Big Shift is the campuswide heating system conversion project, whereby steam lines are being replaced with hot water lines. Heat exchangers in buildings will draw heat off the hot water, to heat the buildings, just like we do now with steam. The hot water system will use electricity (a renewable resource) to heat the water, instead of natural gas, a fossil fuel, that is used in the steam system. The hot water system will use less energy, because the water need not be heated to boiling (for steam), and will be safer to maintain. Current road and path closures are listed here, along with other project links: