UC Davis is as bicycle friendly as ever with the announcement Wednesday (March 9) by the League of American Bicyclists that it had renewed the Davis campus’s designation as a platinum-level Bicycle Friendly University for four more years. 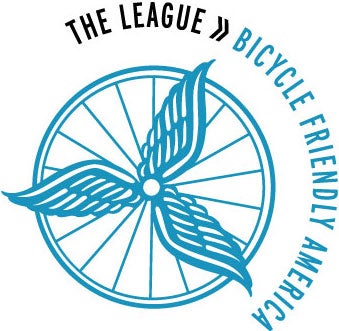 In its Wednesday announcement, the league noted that UC Davis’ “emphasis on encouraging multimodal commuting” had led to several policy changes, including a switch to pay-by-the-day parking.

Jeff Bruchez, UC Davis Bicycle Program coordinator, told Dateline the daily payment system via the ParkMobile app is ideal for commuters who, instead of using their cars, may wish to bike to and from campus occasionally. Before the switch in parking policy, they may have hesitated because they had already paid for long-term parking permits.

The whole idea, Bruchez said, is to get people out of their drive-alone mode. “Whether that be by bike (preferred) or by some other sustainable mode, that’s one less vehicle on the road with our thousands of bicyclists,” he said.

Other bicycle-friendly policies include:

The League of American Bicyclists, in considering renewal of the campus’s platinum Bicycle Friendly University designation, also looked at infrastructure improvements over the last four years.

Bruchez highlighted the addition of bike lanes on La Rue Road between Hutchison Drive and Garrod Drive, complete with buffer zones between the bike lanes and parked cars. The 3-foot-wide buffers are meant to protect bicyclists from “dooring” (the crash that occurs when a car door is suddenly flung open in a cyclist’s path).

The campus also painted green “bike boxes” at the intersection of Hutchison and La Rue: holding areas where bicyclists can wait for a green traffic signal, putting them in priority position to move through the intersection.

New bike lanes can also be found farther south on La Rue, on the bridge over the Arboretum Waterway, included when the campus replaced the old bridge with a wider span.

Improvements also are coming to another major commute route: Hutchison Drive between the central campus and UC Davis West Village, specifically on the Highway 113 overpass. It is not being widened; instead, a contractor has narrowed the median strip, making space for bike lanes in both directions. The project is due for completion in June.

One of the new bike lanes is a cycle track, also known as a protected bike lane ‑— “protected” in this case by a concrete barrier between the track and automobile traffic. The cycle track is due to open as early as the week of March 21 when the construction project moves into Phase III.

“On many campuses, bikes are simply another way to get around,” Bill Nesper, executive director of the League of American Bicyclists, said in Wednesday’s news release. “But at Bicycle Friendly Universities, we’ve seen that students, faculty and staff are encouraged to think beyond the utility of bikes as transportation, truly valuing their ability to foster a healthier, safer, more connected campus life.”

The newest Bicycle Friendly Universities, and those just renewed, like UC Davis, “are not only making it possible for people to bike around campus but are implementing policies, programs and infrastructure improvements that encourage people to drive less and bike more for their health and the planet,” Nesper said.