The SeaDoc Society aims to place their new children’s book, Explore the Salish Sea: A Nature Guide for Kids, in the hands of as many middle school students living near the Salish Sea as possible, regardless of their ability to pay. To reach that goal, the UC Davis-affiliated center has launched an Indiegogo campaign aimed at inspiring the next generation who will inherit this special place.

The new book was written by SeaDoc Society Science Director Joe Gaydos and board member Audrey Benedict, who previously co-wrote the bestseller, The Salish Sea: Jewel of the Pacific Northwest. The book, published by Sasquatch Books, is filled with spectacular photos by local photographers and compelling stories about this unique inland sea. 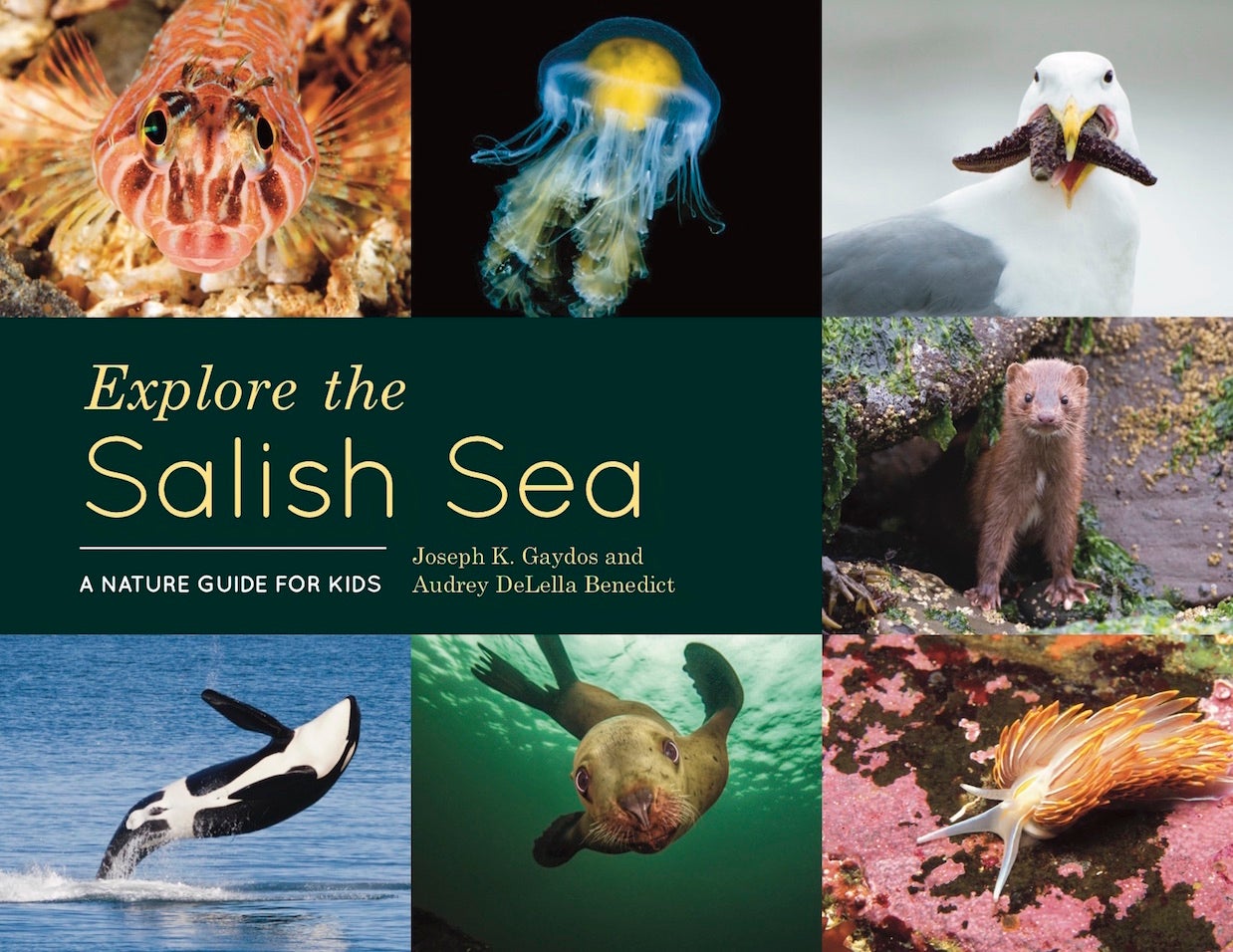 The recently launched Indiegogo campaign sets out to raise $20,000 in 45 days. That money will be used to fund the cost of the first 1,000 books, which SeaDoc plans to distribute to schools, camps and individual students who live near the Salish Sea. This campaign will serve as the springboard for the center’s larger, long-term goal of providing the book to as many middle school students throughout the Salish Sea region as possible.

Low-income families are disproportionately affected by environmental degradation and often left out of the process of seeking solutions. Empowering future generations with knowledge and appreciation about their natural environment is one way to help break down those barriers.

For example, about 43 percent of fifth graders in Washington state come from low-income families. More than half live in counties next to Puget Sound, meaning there are more than 20,000 low-income fifth graders in the region alone that the SeaDoc Society hopes to provide with a book.

“Our inspiration for writing this book was, quite simply, to share our love for the Salish Sea with the next generation of naturalists, scientists and conservation stewards,” Benedict said.

The Salish Sea straddles the U.S./Canadian border and includes Puget Sound and the waters east of Vancouver Island.

Learn about the book and the SeaDoc’s Indiegogo campaign: www.explorethesalishsea.com.

You can also preorder Explore the Salish Sea: A Nature Guide for Kids at local independent bookstores or on Amazon. It will officially be released April 17.