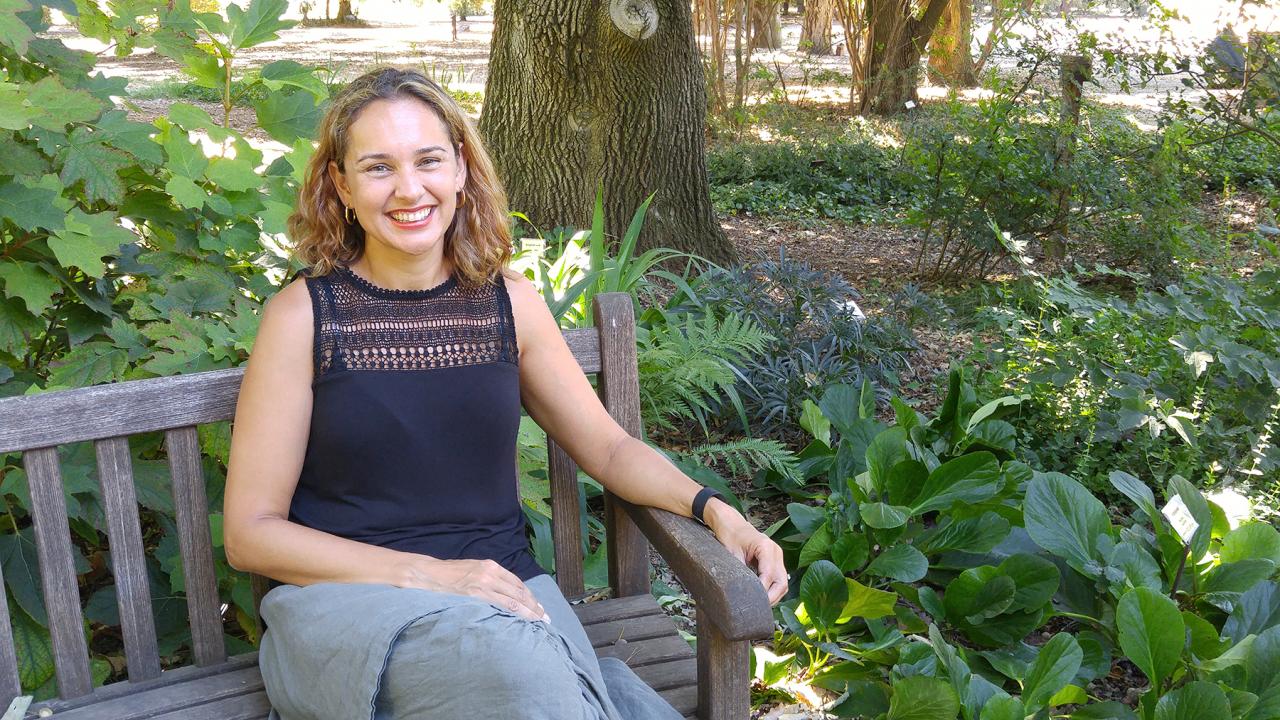 The Howard Hughes Medical Institute has named Siobhan Brady, a plant scientist at the University of California, Davis, among the 2016 class of HHMI Faculty Scholars.

“This is great news and a well-deserved award for one of our star faculty members,” said Savithramma Dinesh-Kumar, chair of the Department of Plant Biology, College of Biological Sciences. “This unique award will empower Siobhan’s group to take the research program to novel new areas in plant biology.”

The award will support Brady’s research on gene networks that regulate growth of plant roots for the next five years.

“I’m really grateful for the award and what it means for my lab to be able to do some cool and exciting science,” said Brady, an associate professor in the Department of Plant Biology.

Roots provide both structural support to the plant and bring in water and nutrients that are then transported throughout the plant. Roots also explore the environment as they grow, responding to changing soil conditions.

Brady’s lab is especially interested in a cell type called xylem, which forms the network of tubes from roots to shoots that provides both structural support and water transport. They are studying how different genes are switched on or off under different conditions, and how these gene networks create the xylem within the root.

“We want to understand the rules that are responsible for making the xylem cells, and how those rules change in response to a changing environment,” Brady said.

The lab works on the model plant Arabidopsis, tomato and sorghum. The new project will focus especially on sorghum, a staple grain for millions of people in Africa that is also being developed as a biofuel crop in the U.S.

Because sorghum grows in a wide variety of environments in Africa, it could give insights into how the crop, and plants in general, can adapt to different conditions, especially drought and water stress, Brady said.

Exploring roots can also tell us about the evolution of plants. Plants originally evolved to grow on top of water, with not much need for structural support or water transport. The evolution of xylem and root systems allowed plants to live on dry land.

“Xylem cells are pretty much responsible for the evolution of plant life that you see around you, from small weeds  to sequoia trees,” Brady said. “Hopefully this will give us some evolutionary perspective on the strategies by which plants were able to explore their environment.”

The Faculty Scholars Program is intended to support early- to mid-career scientists, giving them the opportunity to pursue creative approaches to difficult, long-range questions. Up to 70 five-year awards are funded every two and a half years. The program is a collaboration between HHMI, the Bill & Melinda Gates Foundation, and the Simons Foundation.