He came down from Yuba City to enroll at UC Davis as a freshman, graduated at the top of his class as a biochemistry major in the College of Letters and Science in 1972, stayed on for three years as a research associate in Professor Roy Doi’s lab, then went to Stanford for his Ph.D.

Mrak Hall will say goodbye to three top administrators at the end of the academic year. Dateline has stories on each of them:

“Came back to UC Davis, as I always said I would, turning down a competing job offer to be an assistant professor in the Department of Genetics at Harvard Medical School,” he said.

“My entire research career was focused on that model genetic organism Drosophila melanogaster, commonly referred to as the fruit fly. Over the span of my career, I worked on the molecular genetics of metamorphosis and its regulation by steroid hormones, the determination of sex (what controls whether a fly develops as a male or female), and DNA repair.”

He served as associate dean for undergraduate education in what was then the Division of Biological Sciences, and, when it became a full-fledged college in 2005, he was appointed dean, first on an interim basis and then on a permanent basis, starting in 2006.

He moved to Mrak Hall as a faculty advisor to the chancellor and provost in 2011, and served as acting provost and executive vice chancellor when Ralph J. Hexter filled in as chancellor.

Burtis has always had a special affinity for instruction. “I always wanted to do the best possible job teaching my students, and in my early years as a faculty member created or rejuvenated many different classes, both lab and lecture,” he said.

“This interest became more focused in 2005, when I attended a Howard Hughes Medical Institute-supported summer course about new ways of thinking in biology education (the National Academies Summer Institute on Undergraduate Education in Biology), which had such a profound impact on me — this was during my years as dean — that I returned for several years after to help teach the course, taking many College of Biological Sciences faculty with me who would return to become part of the movement to improve teaching and learning at UC Davis.” 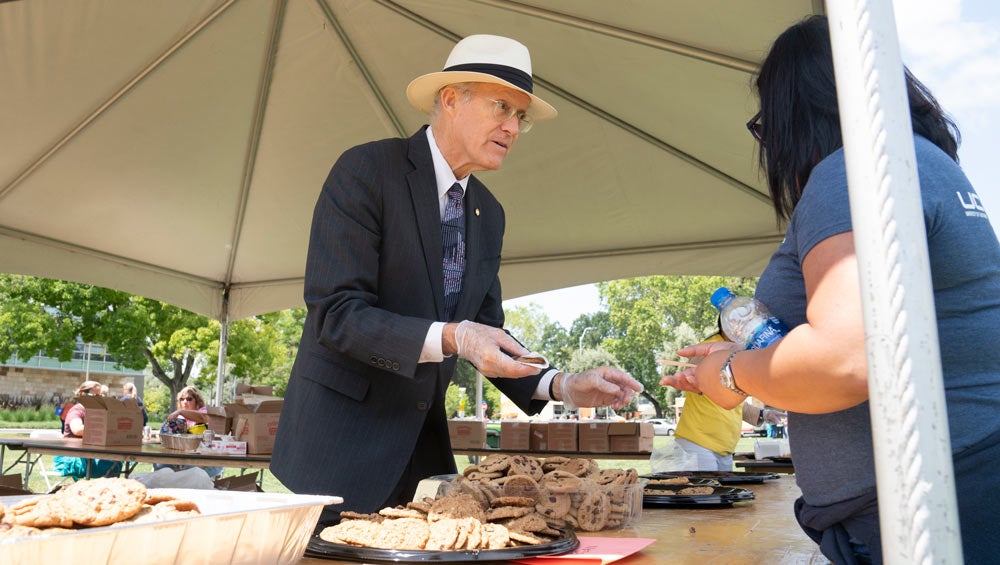 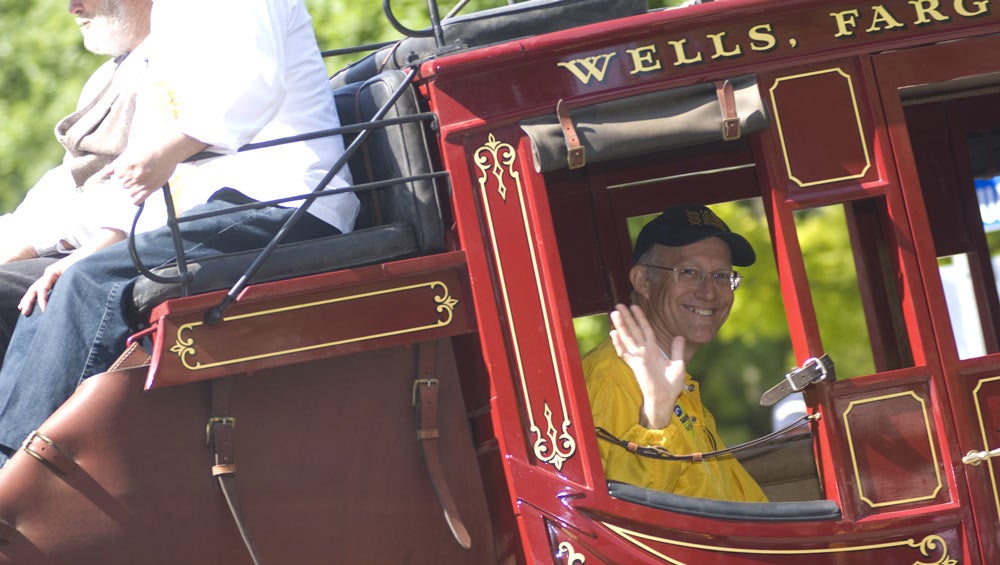 Later, in his role as faculty advisor to the chancellor and provost, Burtis was in the right place at the right time to influence the design of California Hall (which opened in January 2019) and the Teaching and Learning Center (now under construction) to accommodate more active modes of instruction.

He participated in the building design in his role of organizing and coordinating the planning process for the 2020 Initiative, under which the university grew its enrollment by about 5,000 (and needed to buildings to accommodate the growth). He also organized and coordinated development of Chancellor Gary S. May’s 10-year strategic plan, “To Boldly Go.”

Office hours in the DC

As much as he was all about high-tech in the classroom, Burtis, as a dean, went old-school to connect with students — he held office hours in the Dining Commons. “I would look for bio sci students and ask if I could join them,” he recalled. “I learned a lot that I might not have learned just sitting in the dean's office, hearing from the students about instruction, advising and other issues.”

His affiliation with UC Davis biology spanned almost four decades, as a student, staff member, professor and administrator. He served as chair of the Genetics Graduate Group, vice chair of the Department of Molecular and Cellular Biology and associate director of the UC Davis Genome Center before moving up to associate dean and, ultimately, dean.

Since 2012, he has been UC Davis’ representative on the governing board of the California Institute for Regenerative Medicine, or CIRM.

“It has been a great honor to serve on this board, as CIRM has made a substantial impact on the stem cell field in California, not only funding groundbreaking research and clinical trials, but also supporting the training of a large number of young stem cell scientists,” Burtis said. “Several of the projects it funded have already saved lives, and there are more in the pipeline that may have dramatic impacts on illnesses like diabetes, heart disease and blindness.”

As for retirement, Burtis said, “It looks like it will begin with a period of quarantine (not what I had planned), but luckily over the decades I have accumulated a list of more than 100 repair projects that I have not had time to do on our old Victorian house [in Woodland], so that is how I plan to spend my quarantine.

“After the coronavirus is defeated, one way or another, I look forward to learning some new things; finally reading some books; traveling to some new places with my wife, Lindy; spending more time riding our horses; and enjoying life in every way that I can, including attending athletic and entertainment events at UC Davis, where I hope to run into old friends.”

What will he miss the most? “The people, of course, and the endless, fascinating opportunity to see how the university operates from an inside view. I will also miss the particular ability to help people achieve their own goals that is one of the best parts of being an administrator.”

What will he miss the least? “Putting on a necktie every morning. This has been one positive aspect of quarantine.”