Interim Chancellor Ralph J. Hexter said it. Students, faculty and staff said it. The chief justice of the California Supreme Court said it.

Interim Chancellor Hexter began his Fall Convocation remarks with a remembrance of Margrit Mondavi, who died Sept. 2. “Without Margrit and her husband, Robert, there would be no Mondavi Center for us to gather in,” Hexter said. “Given her passionate dedication to the arts and to beauty, it is fitting that we look with fresh eyes and appreciation at this marvelous hall, where faculty, students, staff and community members from near and far come together to enjoy music, dance and other performing arts, as well as to ponder the words of lecturers. Thank you, Margrit!”

Listen to one another, really listen. Respond civilly. Think not only about what you want to say, but how you will say it. Respect other people’s identities. Consider other viewpoints, because, well, you may learn something. This is a university, after all, that’s what we’re here for.

“In these contentious times, it is more than ever crucial that we improve our capacity to conduct debates and dialogue — that is, if we want our university to be a true community, and also a true scholarly community, one that fearlessly pursues truth by critically engaging with the broadest range of ideas,” Hexter said Tuesday (Sept. 20) at Fall Convocation, his sixth at UC Davis and first since becoming the university’s top administrator.

Other members of the campus community backed him up, in videos and spoken-word performance poetry interspersed in the convocation.

Chief Justice Tani Cantil-Sakauye, who has two UC Davis degrees (Bachelor of Arts, 1980; and law, 1984), gave the keynote address, drawing particular attention to the use of the word “inspiring” in the convocation’s theme, “Inspiring Dialogue and Community.”

“Notice it’s not just ‘Dialogue and Community.’ It’s about ‘inspiring’ — inspiring discussion and the give-and-take, the constructive discussion that we have with each other that will inform the rest of your life,” Cantil-Sakauye said in her address in Jackson Hall at the Mondavi Center for the Performing Arts. 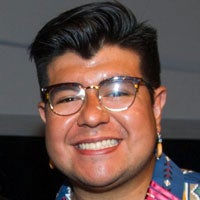 Valentin Sierra: If you came here just to get a degree / At least let me talk to you about culture. [More]

The convocation, launching the new academic year, drew about 600 students, faculty, staff and others to Jackson Hall. The live stream had 353 views.

Cantil-Sakauye and Hexter commented on the sad realities of what passes for discourse today:

“We have never seen such strident, vocal, divisive discourse that has not led to solution, but … to more polarization,” the chief justice said.

“I can’t recall a moment in my lifetime when the political discourse of our national community was more starkly polarized, dysfunctional or lacking in civility,” the acting chancellor said.

Hexter said UC Davis can take a different path. “I have always looked to the university to be a place where all sorts of different ideas were encountered, where members of the university community would discuss them freely and passionately, and where we all had the opportunity to evaluate them and decide which to pursue further, which to leave aside.

The dialogue and community-building did not end with convocation. The Campus Office of Dialogue and Deliberation conducted two workshops that very afternoon, launching a yearlong initiative that also includes:

More information is available online. Keep checking for new events as they are added.

“Some of the ideas we encounter might be startlingly new — radical departures from received wisdom. Some might unsettle or alarm us, even offend or provoke. Sometimes we may simply listen and walk away. Sometimes, whether in class or elsewhere on campus, we may take the opportunity to discuss or debate.”

Hexter called on people in the campus community to sincerely entertain the possibility that they could gain insight from their dialogue partners. “We readily accept that our own current grasp of the truth may be incomplete, and that even our deepest convictions may be questionable or based on faulty premises. Keeping our minds open to the possibility of a different interpretation is difficult, but it is a discipline worth developing.”

There’s no need to shout down people’s ideas, Hexter said. Indeed, there’s every reason not to. “We all gain more if we attempt to engage an idea thoughtfully rather than silence it,” he said.

“At the same time, it is important to remember that most people … sincerely believe in the ideas they argue, and see themselves on the side of the right and the good. It’s worth learning exactly why they believe what they believe, whether or not we ultimately end up agreeing or disagreeing with them.” 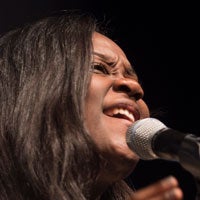 Takarra Johnson: We are because of what already is / Uplifted and empowered by my village. [More]

Cantil-Sakauye, drawing on her 30-plus years as a lawyer and judge, noted there are ways we can agree to disagree and still move toward solution — by choosing our words carefully and paying just as much attention to how we say things. (And, drawing on her experience as a mother, she said, “I’ve always told my children that you can say anything you want to me, you can disagree with me, I only ask that you do it in a civil tone.”)

“Because when we don’t choose our words carefully, people impute intent, wrongful intent behind those words,” she said. “And so it’s important that when we speak about a contested issue that we speak fairly, that we are speaking factually, that we don’t skew the message with inflammation, with drama, that we speak fairly, if we’re truly there to be part of the community to address the challenge.”

Addressing the students in the audience as “the young thought leaders of the future,” Cantil-Sakauye said they would do well to pay heed to the university leaders, faculty, staff and even their own peers who comprised the convocation program.

“(They) are here to encourage you to inspire dialogue and a sense of community, a sense of belonging, to solve the problems that will face you in the future. Because what we are discussing today, the narrative of the present day, will be the issues that you will wrangle with in the future.”

“As you go forward in these administrative challenges, together as a community, I hope that you heal and that your discourse is inspirational, because it is inspirational discourse that invites others to participate. It invites everyone to be at the table.” 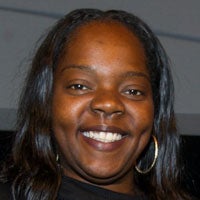 Denisha Bland: Sitting in juvenile court / Staring down the hall / Asking myself, Why do I see all y'all. [More]

“Just as I hope that all of us step into every classroom with an open mind, and pick up every book ready to test the ideas it presents, and test ourselves against those ideas, so I hope we are prepared to listen to and discuss — in a rational, informed and respectful way — what our fellow community members say, particularly when they say what we find most challenging.

“As I have said, the potential for such dialogue is in my view one of the most precious aspects of a university. It is for this reason that I commit myself to preserving UC Davis’ strong tradition of free expression, rigorous pursuit of knowledge and understanding, and mutual respect. I invite you to join me in our collective responsibility to maintain and cherish it.”