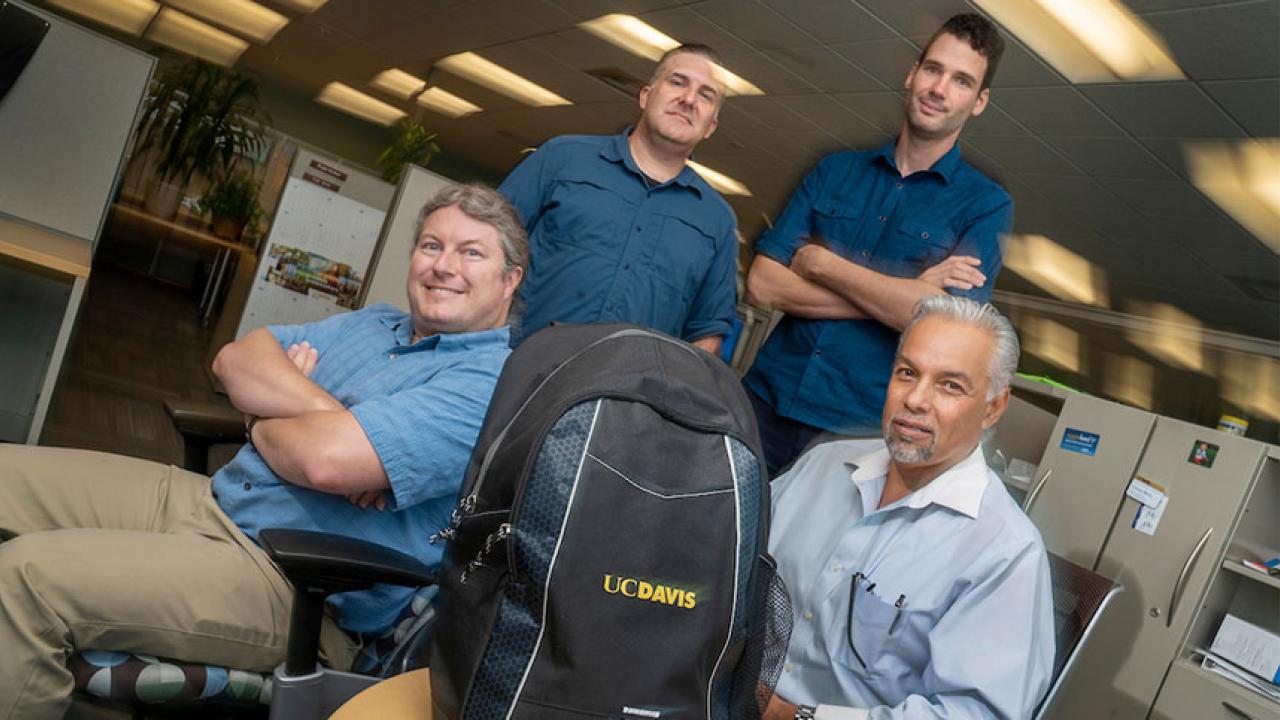 A team from Information and Educational Technology is behind a very human project that launches this week to help Syrian refugees in Lebanon reclaim their right to education.

Web developers did the custom programming for the Article 26 Backpack, a cloud-based platform to help refugees document and share their educational credentials.

Keith David Watenpaugh, a professor in the College of Letters and Science and director of the Backpack project, is in Lebanon to help 300 to 400 refugees set up virtual “backpacks” June 15 to July 3.

UC Davis is leading the Backpack project. Consortium members include the American Association of Collegiate Registrars and Admissions Officers and the American University of Beirut​'s Issam Fares Institute for Public Policy and International Affairs.

“A lot of what we do is important, but this was another level of helping our fellow human,” said Shawn DeArmond, supervisor of the IET web development group. “This is a way to do some real good.”

The technology is not a backpack, except in the digital sense. It’s a web app. “It’s a secure way for refugees to digitize and store their information, and then share it with admissions officers, potential employers, or anyone they want,” DeArmond said.

Individuals use the app by signing in at article26backpack.ucdavis.edu with whatever device they have. Usually it’s a smartphone. The “ucdavis.edu” domain adds credibility by attaching the reputation of the university, to the service.

The technology is based on the web, stores data securely in the cloud and employs the same Drupal web platform used by countless UC Davis websites. It adds custom features in areas of security, access, and the ability to share individual items within the backpacks.

To maintain Article 26 Backpack, the programmers will need to do their usual behind-the-scenes maintenance, such as keeping Drupal current and applying software updates. These are backstage contributions. The programmers might never see the people they’re helping. But they know the value of the work.

“It’s not often, as a programmer, that we get a chance to make an impact beyond a surface level,” Black said. “This one makes an impact on people we’ll never meet, but you know you’re changing someone’s life for the better. You can go home at the end of the day and feel very proud of it.”