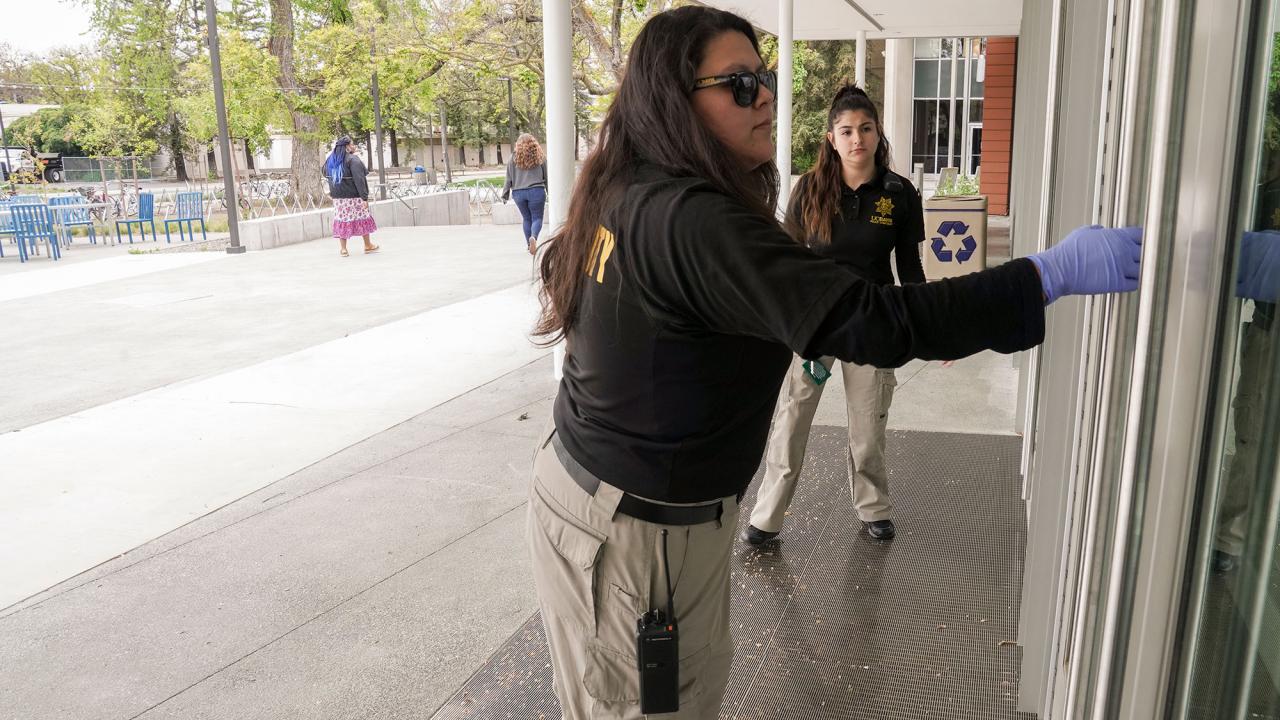 Any discussion of safety at UC Davis and UC Davis Health should include increased outreach, transparency and more, a 32-person task force said in its preliminary report.

Chancellor Gary S. May convened the group, the Task Force on Next Generation Reforms to Advance Campus Safety, last June as discussions of police reform swept the nation in the wake of the police killings of George Floyd, Breonna Taylor and others. It was tasked with examining the form public safety should take at UC Davis and UC Davis Health, and delivered its preliminary report to the chancellor in December. That report was published online Friday (Jan. 29).

The group, co-chaired by Kevin Johnson, dean of the School of Law, and Renetta Garrison Tull, vice chancellor of Diversity, Equity and Inclusion, made eight initial recommendations, and will continue to work until delivering its final report this June. It suggested:

The task force’s next steps include a survey, campus town halls, focus groups and more, noting that “extensive and meaningful community input is essential” to its work.

A series of town hall meetings have been set, with the first — meant specifically for undergraduate students — scheduled for Feb. 9. They continue through March 23.

“A consensus on the task force emerged that community input was necessary before it would be in a position to issue its final recommendations,” the group said.

Discussion topics for forums and other types of input would include the best ways to keep the public safe at UC Davis, whether officers should be armed, if the Police Accountability Board (which next meets Feb. 17) is an effective system, whether some responsibilities could be shifted to mental health professionals, what kind of additional training police officers might need, and whether the entire department should be abolished.

“Many task force members expressed deep reservations about the viability of abolition upon learning that eliminating the UC Davis Police Department would cede the policing function to the Yolo County Sheriff’s Office,” the task force said.

UC Davis isn’t the only University of California campus having difficult discussions about public safety — the first half of the UC Campus Safety Symposium was scheduled for today, and the second half is scheduled for March 24.