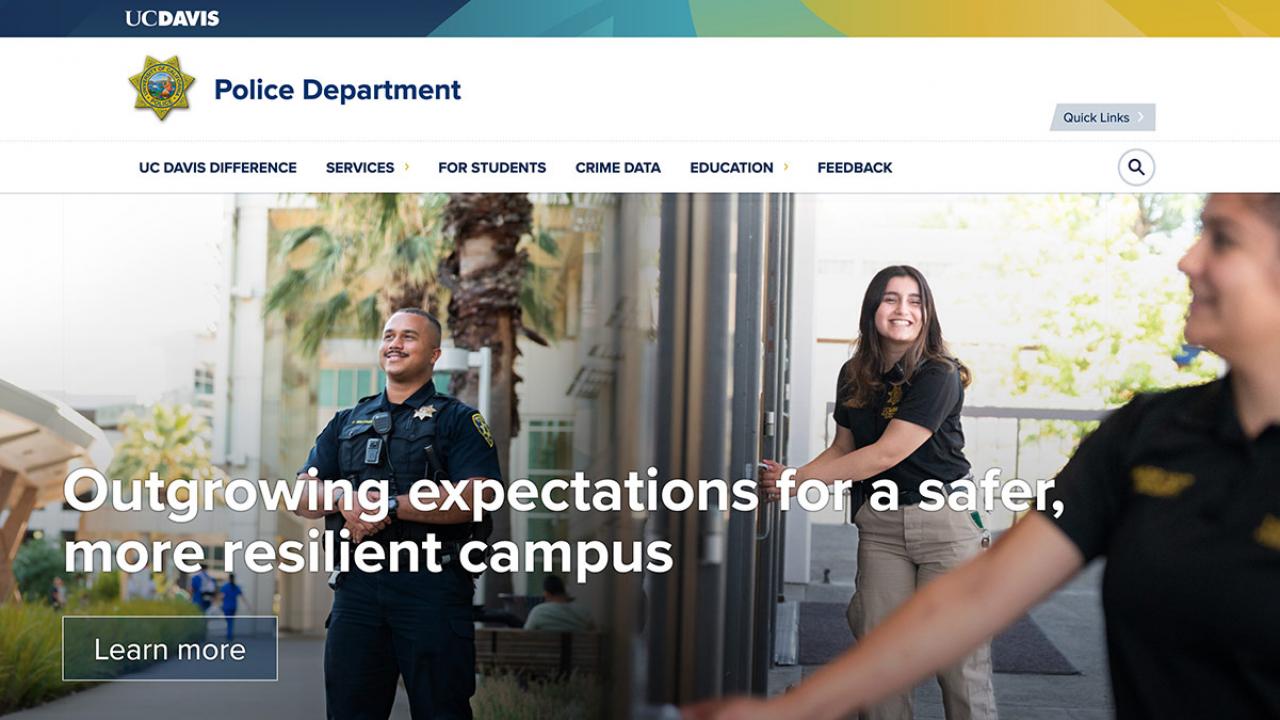 As UC Davis’ Next Generation Reforms to Advance Campus Safety Task Force begins considering what the campus Police Department could look like in the future, the department itself is showing the improvements it has made the last several years.

“I am grateful to play a role on the chancellor’s task force in reimagining the future of campus safety,” Chief Joseph Farrow said. “We have had our own adversity, and are facing turbulent times nationally — requiring a shift in mind set. I feel transformation on the horizon and look forward to the challenging and important discussions ahead.”

The task force, comprising students, faculty and staff, met for the first time Monday (July 27). Co-chairs are Renetta Garrison Tull, vice chancellor of Diversity, Equity and Inclusion; and Kevin Johnson, dean of the School of Law.

In establishing the task force June 11, in the aftermath of the police killing of George Floyd in Minneapolis, Chancellor Gary S. May asked the membership to consider how the Police Department should look, operate and engage on the Davis and Sacramento campuses — each with different missions and make-up.

Regents to hear from Chancellor May

Wednesday (July 29), the chancellor will update the Board of Regents on the task force and other efforts to date on campus safety.

He referenced some of those efforts in his charge letter to the task force, including:

Under Chief Farrow’s leadership, the department is in the process of accreditation by the International Association of Campus Law Enforcement Administrators. This accreditation requires not just updating policies and practices but continuous assessment to keep the department up to date.