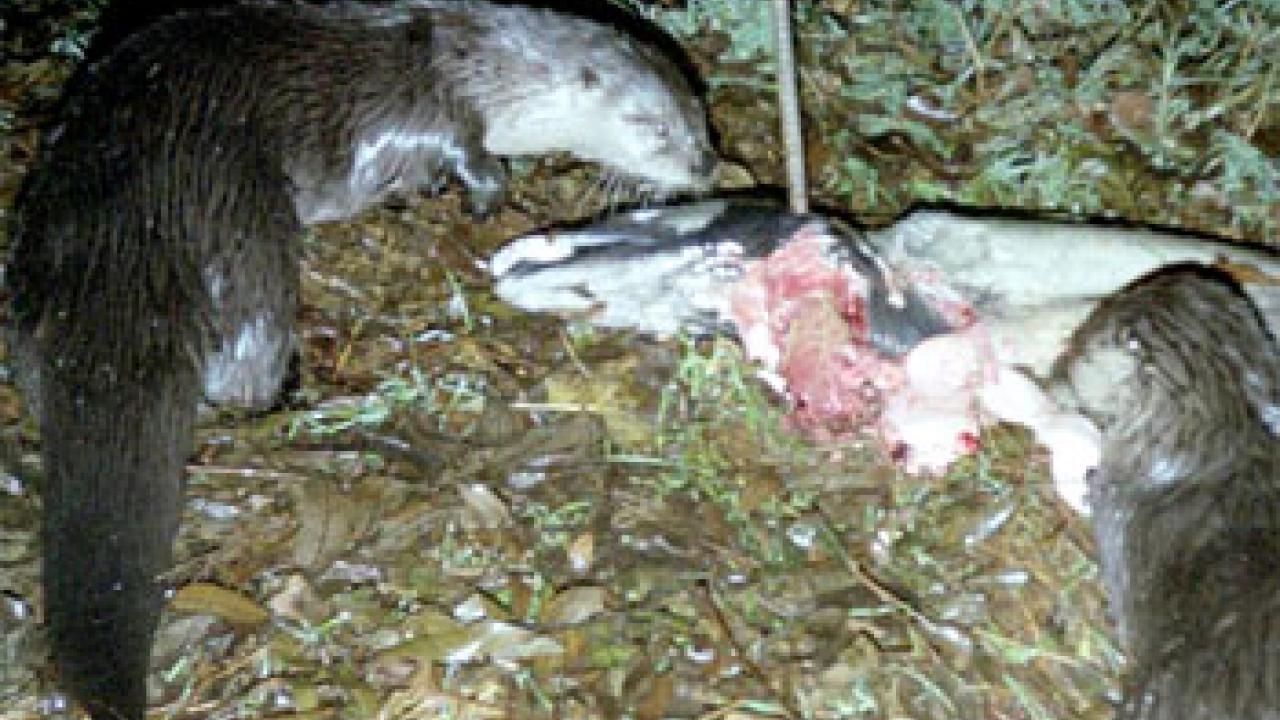 California Wine: Complex and Smooth With Hints of Salmon

What does it take to make a fine California wine? Grapes, water, sunshine, the skilled hand of a master vintner -- and a few thousand dead fish.

A few thousand dead chinook salmon, that is, according to new research that shows for the first time that the salmon that die naturally in California's Mokelumne and Calaveras rivers contribute significantly to the growth -- and likely the quality -- of wine grapes raised nearby. How? Wild animals eat the salmon carcasses, converting the nutrient-laden fish into fertilizer for the grapevines.

The study was led by Joseph Merz, a Lodi-based fisheries biologist with East Bay Municipal Utility District and an instructor at Sacramento State University. Merz's research collaborator was his former Ph.D. adviser and the leading authority on California native fishes, Peter Moyle of UC Davis -- which also happens to be the world's premier wine school.

Using a combination of their own new studies and other researchers' earlier findings, Merz and Moyle examined what happens after chinook salmon incorporate the rich chemistry of the northern Pacific Ocean (carbon, nitrogen, phosphorus and more) into their body tissues, then carry it upstream in fall and winter to their inland California spawning grounds.

By tracing the movement of elemental "fingerprints" called nitrogen isotopes, the scientists found that when the salmon die upstream after spawning, natural scavengers move the marine-origin nutrients into the terrestrial food chain -- either through their wastes or by dropping fish carcasses onshore.

Before long, the nutrients travel through soil and water into wine grapes being grown commercially along the riverbanks.

"What we found is that the grapes close to the river get up to 25 percent of their nitrogen from salmon," Merz said. "In wine making, nitrogen affects yeast growth and sugar fermentation. No doubt some of the best California wine has salmon in it."

While their results should enliven the table talk over dinners of wild salmon and pinot noir, Merz and Moyle say there's more to it.

"Our study indicates that managing regulated rivers for salmon has benefits far beyond simply providing fish for fishermen," they write. "The marine-derived nutrients of salmon can positively affect both natural riparian systems and agricultural crops, with considerable economic benefit."

For starters, grapes getting one quarter of their nitrogen from natural sources, rather than from commercial fertilizers, is good for the environment and for the farmer's bottom line: In the Central Valley region where the study was done, nitrogen fertilizer costs $500 to $2,800 per ton. That does not include labor and fuel costs of applying the fertilizer -- services performed gratis in this instance by wildlife.

In an interesting aside, the scientists noted that the operators of state-run salmon hatcheries, after they harvest eggs and milt from spawning fish, routinely dispose of the carcasses rather than placing them back in the river. "Hatcheries consequently could be removing significant amounts of nitrogen of value both to agriculture and to the local ecosystems," Moyle said.

The research was funded by the East Bay Municipal Utility District, through its financial support of Merz's doctoral study of using gravel enhancement to restore salmon spawning in the Lower Mokelumne River.

The researchers thanked the East Bay Municipal Utility District's Fisheries and Wildlife Office for help with monitoring; Woodbridge Irrigation District for access to monitoring facilities; the California Department of Fish and Game for spawning data and salmon carcasses; and several local wine grape producers for access to vineyards.