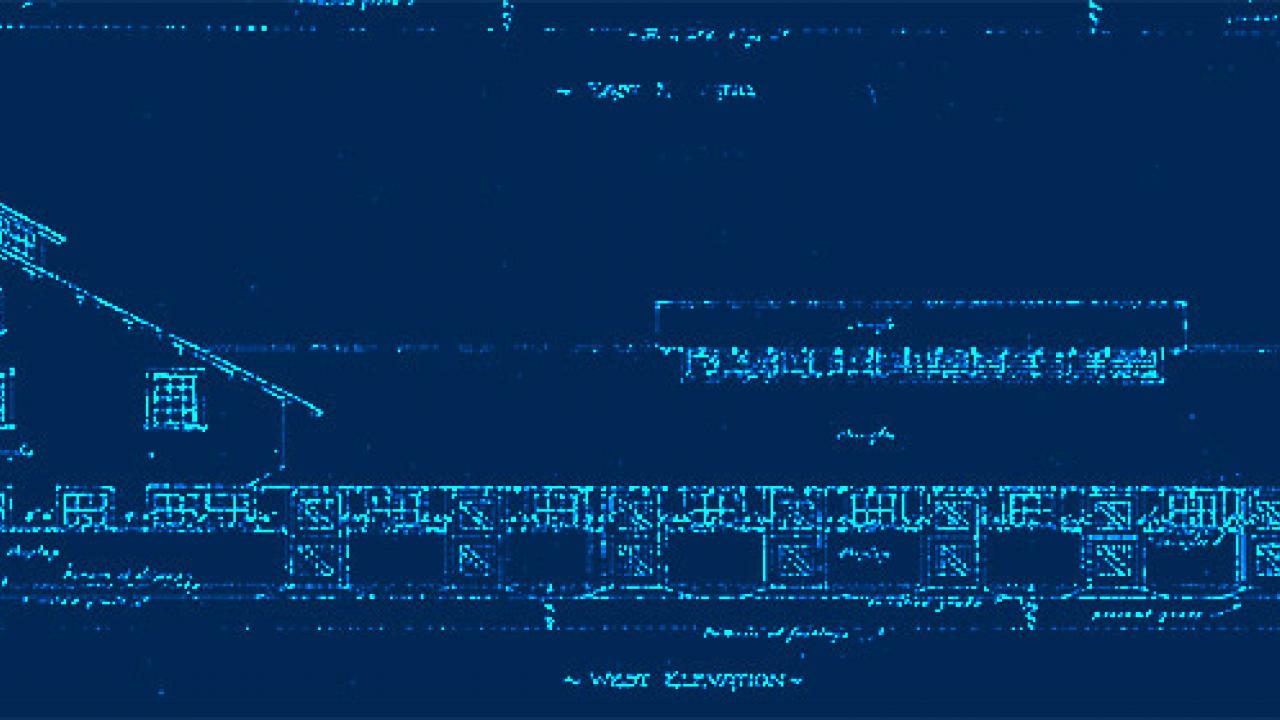 University Farm's First Buildings Were Practical but Built for the Future

As the campus nears its 2008–09 centennial celebration, we take a look back at what was happening 100 years ago.

In name, the first buildings constructed at the University Farm in 1907 sounded like facilities that might have been found on a dairy or county fairground: the creamery, the livestock judging pavilion and two cottages.

The pavilion, erected near where Olson Hall stands today at the southeast corner of Shields Avenue and East Quad, was twice moved—the first time in the 1930s to be closer to the animal barns and the second in 1963 to make way for the Chemistry Building. Relocated to the arboretum, it was converted to Wyatt Pavilion Theatre.

The former director’s cottage is now University House, between the Educational Opportunity Program and Voorhies Hall on Shields Avenue, and is home to Services for International Students and Scholars.

But even as the walls went up that spring, people around the state and beyond saw the buildings as the start of something much bigger.

With more facilities planned, research on crops, irrigation and livestock already in the works and students soon to follow, the Davis Enterprise predicted that within a year the campus would be “the nucleus of a great and useful institution.”

Hundreds of people, including at least one foreign dignitary — a representative of China’s imperial government — would visit in the coming months to inspect the progress.

The first wood-shingled buildings looked modest — UC acting Dean of Agriculture Edward J. Wickson declared them “practical farm buildings of pleasing aspect” — but they had some prominent names associated with their design and construction.

UC Superintendent of Architecture George T. Plowman oversaw the work. Plowman would become one of the most famous etchers of his time. His etchings of buildings are found in a number of U.S. and British museum collections.

Plowman worked under architect John Galen Howard, who developed the master plan for the UC Berkeley campus and designed several landmark structures there, including the Hearst Greek Theatre, Hearst Mining Building and the Campanile or Sather Tower.

The contractor for the first four University Farm buildings was the Newton Stanford construction company of Oakland and San Francisco. The firm, according to the campus history Abundant Harvest, also built San Francisco’s Grace Cathedral.

The creamery and livestock judging pavilion, while practical farm buildings, were designed with teaching and research in mind — with the two-story creamery containing classrooms and a lab and the 500-seat pavilion doubling as a lecture hall. The cottages were built as homes for the University Farm director and the dairy manager.

With San Francisco rebuilding from the 1906 earthquake and fire, the University Farm construction took longer and cost more than anticipated, with the price totaling about $36,000. Courses originally planned to begin in 1907–08 would be postponed until the following year.

But that didn’t stop two statewide groups from getting a sneak preview. The State Farmers’ Institute and the California Creamery Operators’ Association chose the University Farm as the site for their annual meetings that fall.

In an address to about 400 people attending the three-day State Farmers’ Institute that October, State Board of Trade Director Arthur Briggs concluded that the University Farm was “destined to exert a wide and important influence.”

This story was originally carried in the spring 2007 UC Davis Magazine.