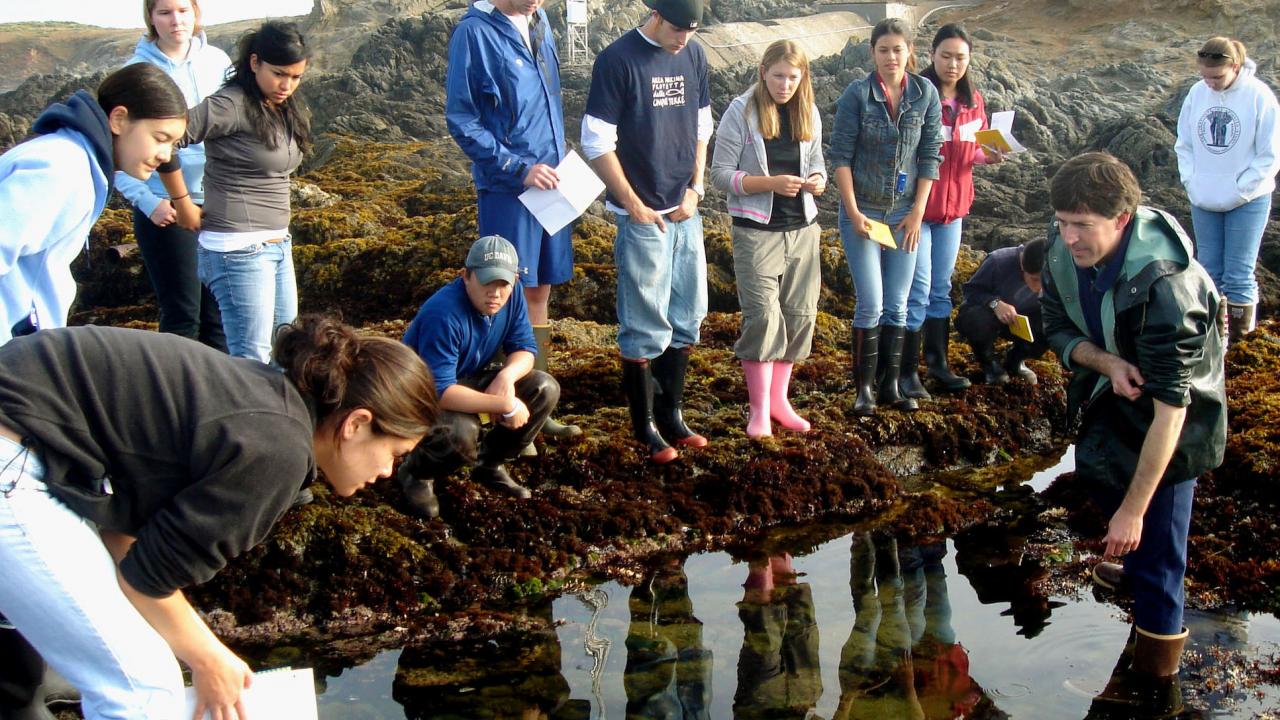 $3M Program to Integrate Science and Policymaking in Ocean Research

The University of California, Davis, is receiving a nearly $3 million award from the National Science Foundation to train the next generation of marine scientists under a new paradigm that puts a focus on policy at the front end of research.

Beginning in fall 2018, the research traineeship, “Sustainable Oceans: From Policy to Science to Decisions,” will train scientists to generate their research questions by first asking what decisions are facing policymakers. The program’s creators envision a future where researchers, policymakers and educators seamlessly integrate natural and socioeconomic information, and improve the scientific basis of decision-making in managing coastal natural resources.

“Academics often hear complaints from policymakers that the questions we are asking do not align with the needs of the policy process,” said program principal investigator Jim Sanchirico, a professor in the Department of Environmental Science and Policy. “And we academics often lament how policymakers are ignoring the science.”

Rather than continue this cycle, Sanchirico and other researchers at UC Davis plan to transform graduate education in marine science and policy.

The program will focus on recruiting trainees from communities heavily dependent on coastal natural resources, such as tribal nations and rural and remote coastal towns.

“These individuals have unique and important perspectives on resource management issues that are currently underrepresented in the scientific community,” Sanchirico said.

Elements of the program are also open to California State University masters students in partnership with CSU’s Council on Ocean Affairs and Technology, or COAST, program.

The training program builds on UC Davis’ strengths in marine sciences. This includes the historic success and unique resources of the university’s Bodega Marine Laboratory and its recently established Coastal and Marine Sciences Institute, which connects more than 100 UC Davis scientists whose work pertains to oceans and coastal ecosystems.

“From its very inception, the Coastal and Marine Science Institute at UC Davis has been committed to engaging stakeholders throughout the process of discovery and policymaking,” said CMSI Director Rick Grosberg, a professor of evolution and ecology. “If we’re going to meet the challenges of creating sustainable oceans, then we have to start with the needs of society and policymakers. This program embodies those core values, as we move forward to train the next generation of marine scientists, conversant across the full spectrum of natural science, social science and law.”

The award to UC Davis was one of 17 nationwide projects funded by NSF, totaling $51 million to develop bold, potentially transformative models for graduate education in STEM fields.