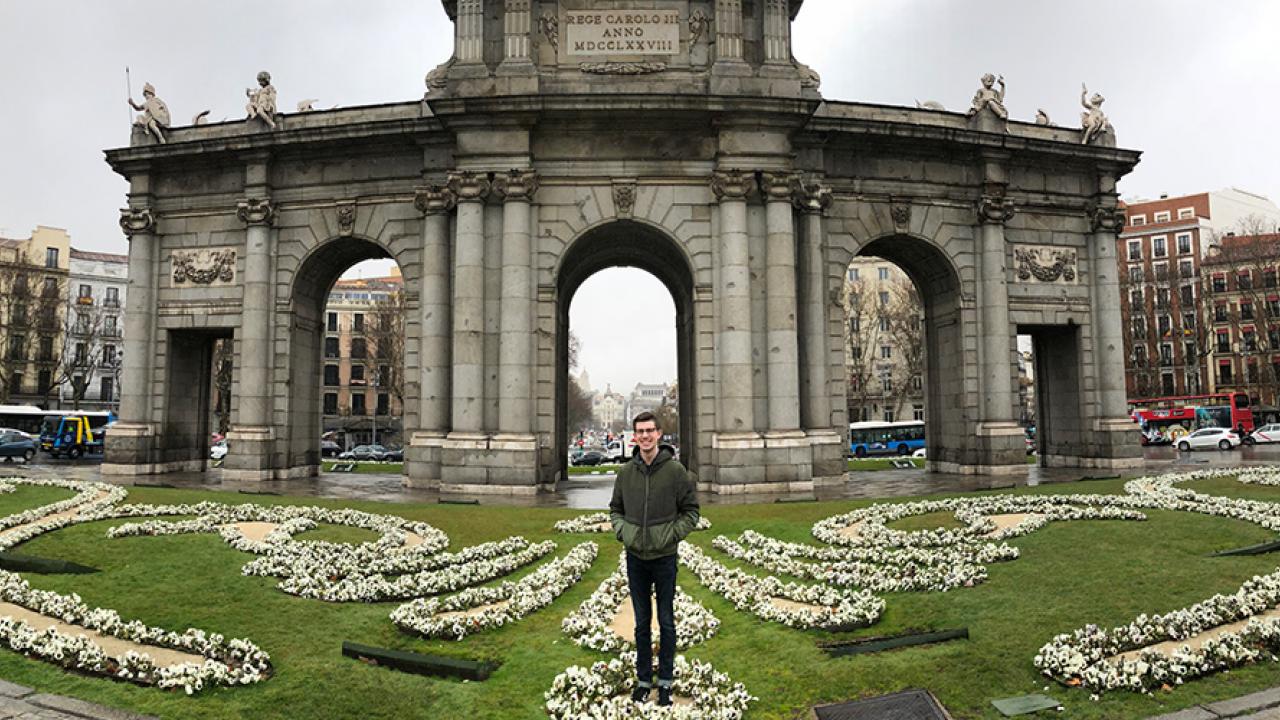 Oh, the Things You Can Do as a Spanish Major!

And the places you will go!

When I mention I attend UC Davis, people usually assume I study Animal Science or another similarly scientific major. While UC Davis is known for its exemplary STEM programs, my interests lie in the realm of languages and literature. I love being a Spanish major at UC Davis.

The Spanish and Portuguese Department gives me a chance to explore my passions for languages and literature while learning valuable writing and communication skills.

Benefits of being a Spanish major

The professors in the Languages and Literatures Department are accessible and supportive. They genuinely care about you and your learning. The small class sizes allow you to make close friends. My Spanish classes have been between 10 and 60 students — a far cry from the science lecture halls packed with hundreds of students. As you progress through the major, you begin to see the same friendly faces in every class, making it easy to make friends and form study groups. As a Spanish major, you will get to know your peers, teachers, and TAs and make valuable connections.

I’ve become a better writer in all languages after writing literary analysis essays. As a Spanish major I have read a wide variety of texts, from novels to poetry, to plays, in Spanish, both medieval and modern. I have become a careful and insightful reader. Reading and understanding texts in many language has become easier as a result of the practice I had with Spanish.

Spanish majors get invaluable writing practice, too. Kenton Goldsby, ‘20, carries a double major in Spanish as well as a Religious Studies major.

Classes in a second language are more like, “exercising your mind in a way that makes you more cautious about the way you write and the words that you choose,” Goldsby said. “It’s always a constant learning process, having to look up new words and having to figure things out on your own."

While the Spanish major has certain requirements, it is also very customizable. Spanish majors can choose classes to fit their interests, choosing to focus on dialects native to Spain or Latin America, their respective linguistics, literature and/and culture. Elective courses for the Spanish major can be fulfilled in departments outside of Spanish, like Chicanx Studies.

While students might not think of undergraduate research opportunities in the humanities, they do exist. Reach out to your professors to see if you can help with their current research, book, or article for unit credit.

A benefit of the Spanish major is its relatively small unit requirement, with only 49 to 85 units to complete. This means students in Spanish can explore other interests while completing their undergraduate, either with a double-major or a minor. I chose to minor in Luso-Brazilian Studies (Portuguese) and Professional Writing. I know a peer who has a double-major in Spanish and International Relations, and another who chose Spanish and Comparative Literature.

Study Abroad as a Spanish major

“It seemed like studying abroad was something that was built into the [Spanish] major and something that they focused on, so it wasn’t a difficult process to do," Goldsby said. "It was something my advisor had knowledge about so that it was a smooth transition.”

Goldsby made the most out of his study abroad experience learning from the locals. "(Studying abroad) was a great way for me to enhance my Spanish language learning and cultural competency,” he said.

Life as a Spanish major graduate

“The Spanish Major can lead to any career because in any career that students pursue, they are going to have to read, write, analyze, argue, respond, and prove at a high level,” said undergraduate advisor to Spanish, Lorenzo Zúñiga.

Some of the “broad base skills” the major provides include “great critical thinking skills, complex problem solving skills, judgment and decision making skills, and listening skills” as well as the capacity to “think clearly, express themselves clearly, and work well with others,” Zúñiga said.

Mariel Becerra, ‘19, immigrated to the United States from Mexico when she was young. Now she works as a translator for the Fairfield-Suisun Unified School District. She assists the families of students learning English as a second language. She translates vital documents for families, interprets for Spanish-speaking parents during parent-teacher conferences, meetings, presentations, school and district events, and even phone calls.

“With my Spanish and English skills, I've been able to understand and communicate in a cohesive way with people in both languages and I'm able to help,” she said. “It is a pleasure to serve the community that I was, and in a way, still am part of.”

Students with a BA in Spanish have a myriad of post-grad possibilities. Students who found a passion can apply for graduate school to earn a Master’s or PhD in the Spanish. Students who pick up a double major in a scientific field will be well prepared for medical school: their communication skills will be well-developed, and they can provide care to Spanish speakers without the need for a translator. Double majors in Spanish and Political Science could head to law school and prepare to work in immigration law. Spanish majors might work in the field of translation or interpretation.

Even Spanish majors who don’t quite have a plan are well prepared for life after graduation.

“Even though I still don’t know exactly what I want to do," Goldsby said. "I know the language skills I’ve gained at UC Davis, and through study abroad, are going to be important no matter what career I choose."