Can the U.S. Supreme Court Be Expanded To Create Balance?

It Has Happened Before

The following blog is excerpted from an op-ed by Gregory Downs, professor of history at UC Davis. It originally ran in the San Francisco Chronicle shortly after Justice Ruth Bader Ginsburg’s death.

If Republicans succeed in replacing path-breaking Justice Ruth Bader Ginsburg this fall, Democrats may well try to rectify the court’s imbalance by increasing the number of justices. While some politicians and journalists have already called such a change calamitous or even a declaration of warfare, the history of the last such expansion reminds us that changing the number of justices is a normal, if potentially fraught, part of U.S. history.

That story also reminds us of something else we often forget: California’s bitterly contentious fights over slavery, secession and loyalty to the Union during the Civil War Era. 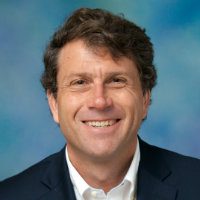 Gregory Downs studies the political and cultural history of the United States in the 19th and early 20th centuries. Particularly, he investigates the transformative impact of the Civil War, the end of slavery and the role of military force in establishing new meanings of freedom. He is the author of two monographs on Reconstruction and Mapping Occupation, an interactive digital history of the U.S. Army’s occupation of the South. He is a co-editor of a scholarly volume on the post-Civil War world. As a public historian, Downs co-wrote the National Park Service’s Theme Study on Reconstruction and helped edit the Park Service’s handbook on Reconstruction.

The Supreme Court inflamed politics in the 1850s and 1860s under the leadership of the notoriously pro-Southern Chief Justice Roger Taney. In the Dred Scott decision, the court invalidated the Missouri Compromise, opened western territories to slavery and denied federal citizenship to all black people. In the early days of the Civil War, the court limited President Abraham Lincoln’s powers to keep slaveholding states in the Union. Over 1862, the Senate ratified three new members appointed by Lincoln, but the court remained closely divided. In February 1863, as the court heard Prize Cases that tested the United States’ blockade of European trade to Confederate ports, Republicans worried the Supreme Court might sabotage the war effort.

Republicans also worried about the loyalty of the far West, especially the notoriously slavery-sympathetic politicians in California. So in March 1863, Congress solved the political, geographical and judicial problems in one fell swoop, creating a 10th seat on the Supreme Court. Lincoln then appointed Maryville’s Stephen Field, chief justice of California’s supreme court, to solidify both the loyalty of state politicians and the North’s hold over the Supreme Court. The appointment “will speedily remove control of the court from the Taney school,” the New York Times crowed. Even before Field joined, the justices ruled the blockade constitutional by a narrow 5-4 vote.

Now that Ginsburg’s much-lamented passing makes the court’s composition the central dispute in U.S. politics, Field’s appointment reminds us that there is nothing inherently un-American about expanding its membership, like Lincoln and Congress did, to prevent a Trump-packed body from overturning Obamacare, abortion rights, federal regulatory provisions, or state environmental and labor laws. — Gregory Downs

But there are risks. One risk is escalating political conflict, and Lincoln solved this by appointing Field, a loyal Democrat, to the seat. It is unlikely that either Trump or Biden will follow this precedent.

Another risk is creating seats for the other side to fill. Republicans faced this quickly in 1865 after a Confederate sympathizer assassinated Lincoln, and his successor Andrew Johnson went to war against Reconstruction. To save freed people’s rights from Johnson-appointed justices, Republicans reduced the court in 1866. In 1869, after Johnson left office, they returned to nine.

Field’s career suggests another risk in any relatively young appointee, whether one by Trump now or by Biden in 2021: a long career reveals beliefs not evident in the conflict of the moment. As the post-war United States industrialized, and as post-war laborers organized to protect workers’ rights, Field stayed on the court for 34 years to champion an issue relatively unimportant to 1850s Republicans but crucial to Field, with his close connections to California railroads: the expansive rights of corporations.

Field’s legacy lives on still. For Democrats, he is a reminder that there is nothing unprecedented about expanding the Supreme Court to save the country. But his pro-corporate opinions also remind us that justices sometimes act in ways their supporters may not expect, especially as political contexts change.

Only a constitutional amendment ending lifetime tenure and creating regular vacancies will reduce the Supreme Court’s role in partisan politics. Until then, the only certainty is that every political action, like the Republicans’ appointment of a replacement for Ginsburg, will lead to some kind of counter-reaction, including the creation of an additional seat like the one extended to Californian Stephen Field.