When a megafire takes hold in California, those lucky enough not to evacuate close their windows and doors, check their air filters and settle in for some orange-skied, smoke-filled days. But for Keith Bein, it’s go time. 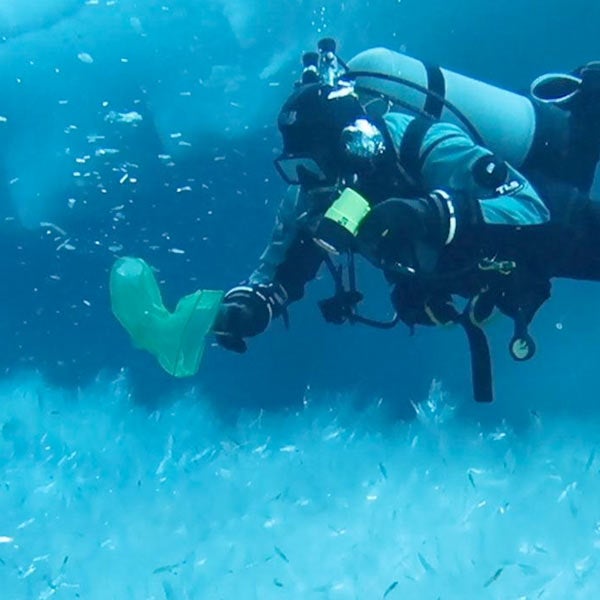 This article is part 3 of the series “Confronting Climate Anxiety”

He loads up his mobile research lab and heads to the smoke, entering what can be at times the planet’s worst air quality, so he can sample it. Bein is an associate professional researcher at UC Davis’ Air Quality Research Center. His work is helping us better understand the impacts of wildfire smoke on air quality and health.

It’s exciting work, but also incredibly stressful. How does he deal? We talked about that shortly before this year’s wildfire season kicked into high gear.

How did your wildfire air sampling work come about?

I’ve studied wildfire and its human health impacts for a long time, since the early 2000s.

In about 2017, with the Napa-Sonoma fires, the landscape started to change. Rather than a distant and huge forest, this fire had crept into a residential area, burning like we’d never seen before. The fire regime was shifting, and the wildland-urban interface was shrinking. People were being directly impacted in a very real way — with the emissions they were exposed to, the mental health of the situation, as well as the loss of property, health, resources and employment.

I saw new opportunities to get involved because now it wasn’t just the trees and shrubs burning, but all the products that make up the built environment. That changes what’s in those smoke plumes and how it impacts human health.

It was tricky to figure out how to study it. You have to be there on site to capture the emissions to take back to the lab. That’s when we started thinking about having a mobile research laboratory we can deploy at a moment’s notice so we can go chase fires. That’s essentially what I was doing. Like a storm chaser who chases tornadoes, I was chasing wildfire to get samples to bring back to study.

We started thinking about having a mobile research laboratory we can deploy at a moment’s notice so we can go chase fires. That’s essentially what I was doing.

So I bought two electric Smart cars — the itty bitty things — one that powers all my equipment and one down the road that’s charging, so I have a 24-hour power source for all my supplies. They permanently sit with my sampling equipment, so if a fire happens, I hitch it and go. It’s a fast-deployment, wildfire-chasing, mobile research laboratory.

I was at the Camp Fire and Carr Fire in 2018. I went back to Santa Rosa after the 2017 fires when they were starting to rebuild, and then the 2020 wildfire siege. Now we’re gearing up for 2022. I’ll do my best to chase the fires I can and continue to accumulate and analyze samples.

I imagine you in the thick of some very heavy smoke. What’s that like for you?

One of the first light-shedding moments was the Carr Fire in Redding. The fire was very active. I’d set up, and I turned on some of my particle measurement instrumentation. I thought it was broken. The concentrations it was reading I’d never seen before. I didn’t even know instruments could go up that high. But it turned out to be correct.

And I couldn't escape it. I went to the hotel, and the smoke is everywhere. I went to go eat, and it’s everywhere. For the week I was there, everything was irritated — eyes, nose, throat. It almost didn’t matter what kind of mask you have on, it’s just so penetrating. I thought about the people who live there, who don’t have the resources to leave, and they’re just stuck, breathing this stuff every day until it goes away.

And you were there by choice.

That’s right! I could leave any moment I wanted to.

Then the Camp Fire came. That really hit home because of the impact that plume had on the Bay Area and where I live in Oakland. My wife’s sister had come to visit, and she spent the entire week inside next to an air filter. We couldn’t go out, couldn’t go anywhere.

Then I left to actually go to the Camp Fire with my rig and saw just the devastation of the whole town. I went to school at Chico State, and I have a lot of friends in Paradise. A lot of them lost their homes. I had about four or five people staying with me after they lost their homes. Some stayed several months while they tried to find places to live.

It’s all a very personal experience. You see the drama in them and the way it’s impacting them, and you don’t really know how to act or what to say. It’s a far cry from me studying wildfire to me having to home and board people who’ve lost their homes.

Do those kinds of experiences fuel your desire to do your work or make you feel more despair, or maybe a mix of both?

You know, when you’re in the middle of this crisis layer cake — where it’s not just wildfires but it’s fires and then it’s drought, then it’s heat, then it’s COVID, then it’s mass shootings, racial injustice, and it’s just one after another — it all compresses down on you, and it feels very overwhelming. I read the news regularly; it’s always doom and gloom. It’s hard to find the hope and those powerful stories where people are really making a difference. You do get those moments when it’s just like, what’s the point? It’s just so much bigger than me.

You do get those moments when it’s just like, what’s the point? It’s just so much bigger than me. But the hope is in the action.

To me, hopelessness is a self-defeating cycle. I’ll do my best to do whatever I can to push the fight forward. That’s where I am.

And I have kids! That’s the big driver. I have to be a role model for them. You can’t get lost in the eco-anxiety. You have to push forward and make the decisions even if they’re hard decisions. I think society and America, we’re addicted to this path of least resistance; we’re addicted to convenience.

Do you find joy in the research you do?

I find joy and pain in my work. The joy is in the discovery and in a lot of the things I really like to do – the engineering, putting systems together, successfully conducting the research and having that finding you didn’t expect that opens a whole new world of research for you. All of that.

Some of the pains are the failures, and that’s unavoidable. All the criticism, that’s unavoidable. It’s part of academia and the scientific endeavor. It’s probably one of the harshest, most competitive environments there are. You grow a tough skin. But I really love what I do.

How do you feel right now, when the major wildfire season is about to begin — the calm before the fire?

You can’t help but read the stories coming out saying it will be a horrible, horrible season. But you understand that nobody knows the future for sure. Something like 90% of these fires are sparked by human ignition. We have some power to reduce the carnage and acres burned.

But there’s always anxiety, both because I live in a high fire-prone area that hasn’t burned in three decades, and on the science side — worrying about being in the right place at right time, having my equipment ready, having a window that I can go, the fear of missing out.

It’s a far cry from me studying wildfire to me having to home and board people who’ve lost their homes.

But you know something will happen and that people will lose livelihoods and be impacted mentally and physically. You have to let yourself deal with that grief and to feel that sorrow before you can move out and move on.

How do you take care of yourself when it feels like too much to handle?

I have to disconnect. Typically, as a kid, I’d go out into nature. I do a lot of backpacking, hiking, skiing, swimming in the ocean, taking my kids out and doing fun things, turning off my device, checking out, even for a couple days or a week. Then I slowly come back in and limit my time that I read the news. It’s a lot to handle these days, the news cycle. It’s OK to turn it off. But sometimes the bad stuff gives me motivation to work harder and keep fighting the good fight.

I hear a lot about how teens and young adults are breaking out into tears when they learn about the realities of climate change. Do you have advice for new scientists in your field?

It’s important to let them process that grief. Because the hope comes out of the grief, eventually. The compassion and the resolve typically come out of grief. It’s real. Let’s just all feel it and experience it. Don’t try to shut it out and act like it’s not there.

Then just keep your head down, do the work, and know that you alone are not going to save the world, but the stuff you do makes a difference. You’re going to fail — be OK with that. It’s your failures that will decide who you are, and how you respond makes a big difference. Get ready for the small victories; don’t expect the big ones. Pull yourself together and go on to your next hypothesis.

We’re not going to solve the problem unless we redefine our relationship with nature and the benefits we get from our ecosystems.

So I think a very important area of research is [how] to deal with the anxiety and mental health issues of what’s happening to our world — the feeling of helplessness and being swallowed by the big picture and not being able to focus on the little ways you can make change.

We’re not going to solve the problem unless we redefine our relationship with nature and the benefits we get from our ecosystems. We’re still figuring out what we can do. These are very interesting times we’re living in. 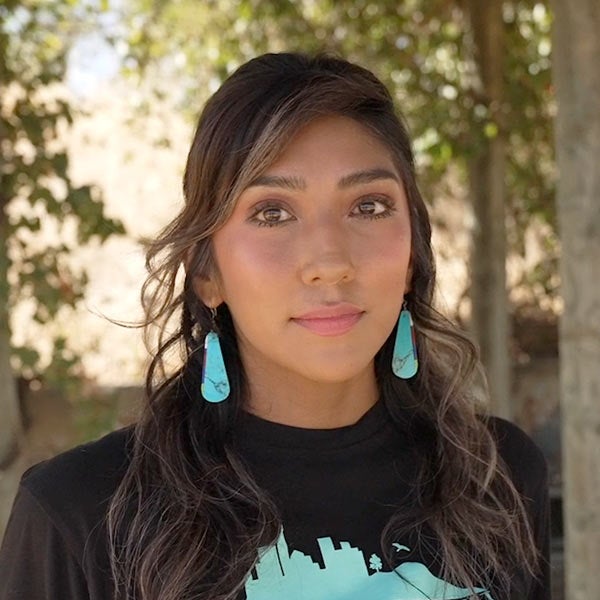 In part 4, environmental scientist and Native American scholar Melinda Adams on Indigenous fire, climate anxiety and not giving up on a warming world.

Download photos of Keith Bein and his mobile research lab.