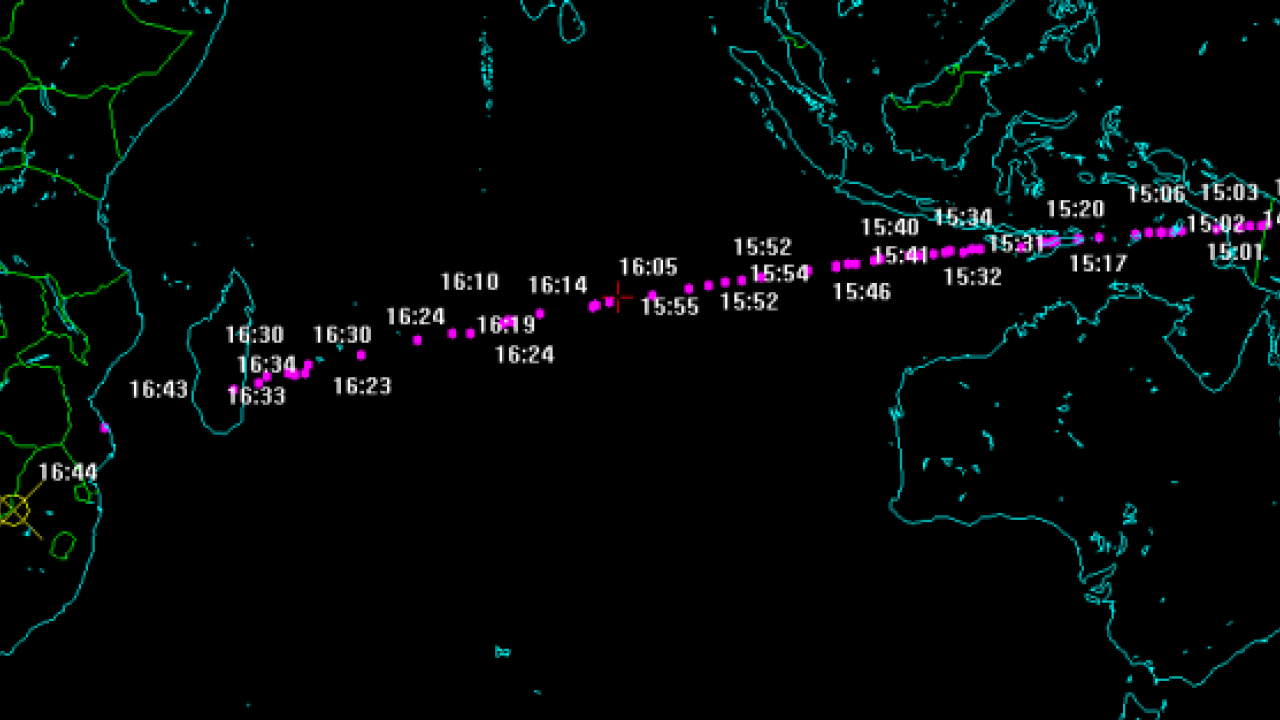 An asteroid that exploded over Botswana in 2018 likely came from Vesta, the second largest object in the asteroid belt, according to an analysis of rocks recovered after the impact.

Vesta is the source of about six percent of all meteorites found on Earth. Some of these meteorites were launched by a huge impact on Vesta about a billion years ago. However, the new analysis suggests the 2018 asteroid was flung into space about 22 million years ago.

The 2018 asteroid was spotted by the Catalina Sky Survey eight hours before it hit, only the second time an asteroid has been detected in space before crashing into Earth’s atmosphere. The event offered a rare opportunity to recover samples from an asteroid observed in space. From security camera footage of the fireball, satellite and weather data, an international team of researchers tracked the surviving meteorites to deep inside the Central Kalahari Game Reserve in Botswana.

Eight of the meteorites were analyzed at research institutions around the world, including the laboratory of Qing-zhu Yin, a professor in the UC Davis Department of Earth and Planetary Sciences who specializes in precisely measuring the composition of rocks. The results indicate the rocks are from a group called the howardite, eucrite and diogenites meteorites, which originated from Vesta.

The Motopi Pan meteorites were in space for about 23 million years, according to their exposure to cosmic ray radiation. The research team thinks the meteorites came from the Rubria crater in the Rheasilvia impact basin on Vesta, Yin said. The Rubria crater is one of many imaged by NASA’s Dawn mission, the first spacecraft to orbit an asteroid.

The asteroid that struck Earth on June 2, 2018, was about five feet (156 centimeters) in diameter, the researchers estimate. The findings were published April 23 in the journal Meteoritics & Planetary Science. The study was led by Peter Jenniskens of the SETI Institute and NASA Ames Research Center. Additional UC Davis authors include Supratim Dey, Magdalena Huyskens and Matthew Sanborn.

The impact and recovery of asteroid 2018 LA (Meteoritics & Planetary Science)