DHI Book Chat: ‘The Idea of Development in Africa’ 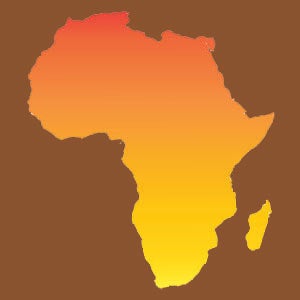 The UC Davis Humanities Institute announced it will present a remote book chat with the authors, 5:10-6 p.m. Thursday, Oct. 14. Click on this box for the registration link. 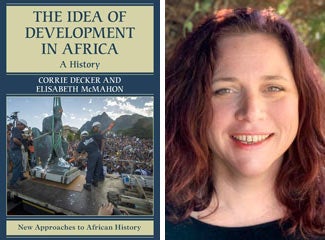 “This refreshing and innovative study packs a double punch. First, it offers a bracing critique of the development industry, locating its roots deep within the colonial mind-set. Then it follows through with a brighter vision of Africa, one that emerges from the continent’s own artists, thinkers, and leaders. A feast to which all are invited.” — Gregory Mann, Columbia University

Corrie Decker says the inspiration for writing The Idea of Development in Africa came largely in part from the conversations she and her co-author, Elisabeth McMahon, a professor of history at Tulane, had about the great interest their students had in doing development work in Africa.

In their book, Decker and McMahon trace the historical practices of development in Africa, focusing on “the origins of international development and how those origins shaped discourses on Africa in the present.

“Our intention with the book was to synthesize our own research on development initiatives with the wide-ranging work done in Africa over the preceding decade,” Decker said. “Much of the scholarship had focused thus far on the post-World War II era with a particular emphasis on recent economic and political outcomes of development. However, we were really interested as much in the origins of international development and how those origins shaped discourses on Africa in the present.”

According to the publisher, the book highlights four enduring themes in African development, including their present-day ramifications: domesticity, education, health and industrialization, offering insight into how Africans have “always co-opted, challenged and reformed the idea of development, even as the western-centric development episteme presumes a one-way flow of ideas and funding from the West to Africa.”

Decker and McMahon traced the history of racism from the 1800s to the present by studying what they called the “developmental episteme.” They define this as “the dominance of western epistemologies that claim there are real, measurable differences in ‘development’ among nations, societies or social groups.”

“We outline how western images of modernity were imposed onto African cultures and thus used to portray African societies as deficient by comparison,” Decker said. “These ideas, encompassed within the development episteme, grew from the pseudo-scientific and racist work of European scientists, missionaries and colonizers in the 19th century.”

Their research, she said, demonstrates that, by the early 1950s, the International Monetary Fund and World Bank drew on these race-based ideas about cultural difference in shaping international development policies. The development episteme, still grounded in racial and cultural hierarchies, endured in Africa in the form of structural adjustment programs, nongovernmental organizations and other international interventions.

The findings offer valuable insights into the ideas and practices surrounding development in Africa, Decker said. “One aspect that we want readers to take away from the book is that the recent calls for decolonization of development and attempts to move away from the ‘white savior complex’ will not be successful until we can recognize the framework of the development episteme and its racial roots,” she said. “Only after western development workers and organizations acknowledge their role in perpetuating stereotypes about Africa and other ‘less developed’ regions of the world will change be possible.”

Hayley Morris is an undergraduate student at UC Davis majoring in English who works as an intern for the News and Media Relations Team in the Office of Strategic Communications.