‘The Literary Imagination in Jewish Antiquity’ 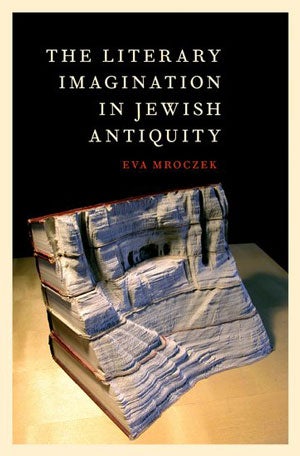 Eva Mroczek, assistant professor of religious studies at UC Davis, has been named the recipient of the 2017 DeLong prize for book history, for The Literary Imagination in Jewish Antiquity (Oxford University Press, May 2016).

“Book history has been an important intellectual framework for my work on the early history of now-Biblical texts,” Mroczek said, “and I’m particularly proud of this recognition because no book on antiquity has ever received this prize before.”

The DeLong Book History Book Prize is administered by the Society for the History of Authorship, Reading and Publishing, or SHARP, founded to create a global network for book historians working in a broad range of scholarly disciplines.

Claire Squires, SHARP’s director of publications and awards, said of The Literary Imagination in Jewish Antiquity: “Despite its impressive and wide-ranging scholarship, the book is deft of touch, enjoyable and accessible, and should be read by any scholar interested in the history of the Bible, early Jewish literature and the idea of the book.”

The Literary Imagination in Jewish Antiquity offers new ways to conceptualize how early Jews understood sacred writing before the concepts of “Bible” and “book” had emerged, treats early Jewish literary culture on its own terms, rather than as a precursor to later, normative Judaism and Christianity, and contributes a literary perspective to the texts of early Judaism.

Earlier this year the University of Heidelberg’s Research Center for International and Interdisciplinary Theology announced Mroczek as one of the recipients of the Manfred Lautenschlaeger Award for Theological Promise for The Literary Imagination in Jewish Antiquity.

Mroczek holds a Ph.D. in the study of religion from the University of Toronto, and her work on early Jewish literary culture has appeared in the Journal for the Study of Judaism and Journal of Ancient Judaism, as well as the SHARP journal Book History. She came to UC Davis in 2016.

She discusses her book in this “Frankely Judaic” podcast from the Jean and Samuel Frankel Center for Judaic Studies at the University of Michigan.