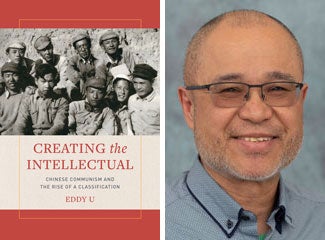 The section honored Robert Braun of UC Berkeley as co-winner, for Protectors of Pluralism: Christian Protection of Jews in the Low Countries During the Holocaust.

The award committee, in its citation for U, said Creating the Intellectual “artfully takes the reader through half a century of Chinese history by looking at the changing classification — and fortunes — of a particular social group: intellectuals.

“Intellectuals did not fit easily into the classic, Marxist view of social divisions that animated Chinese communism,” the citation continued. “How the group was identified, represented and ultimately treated as an ally or a foe by the Chinese Communist Party becomes a powerful lens for analyzing how the party established its rule over Chinese society between the 1920s and the Cultural Revolution.”

The citation concluded: “The book will become a go-to resource for scholars interested in the plasticity and significance of classification systems: U masterfully shows how the category of the intellectual was shaped and reshaped by political forces, and how this constant reclassification impacted collective and individual experiences of Chinese communism.”

Creating the Intellectual is available for free through Luminos, UC Press’s open access publishing program for monographs. The site offers three options for U’s book: Read it online or download it for free, or buy the paperback.

U is also the author of Disorganizing China: Counter-Bureaucracy and the Decline of Socialism (2007) and co-editor of Knowledge Acts in Modern China: Ideas, Institutions and Identities (2016). 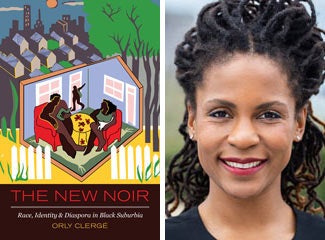 “Clergé has a strong, passionate writing voice, which captivates the reader and draws them into the narrative. The book is both a scholarly powerhouse and a joy to read.” — Mary Douglas Prize Committee, Section on the Sociology of Culture, American Sociological Association

Orly Clergé had known since a June announcement that she was one of two co-winners of the 2020 Mary Douglas Prize for Best Book in the Sociology of Culture. But she had to wait until the award presentation last Saturday (Aug. 8) for the citation describing her book, The New Noir, as “excellently researched and exquisitely rendered.”

The ASA’s Section on the Sociology of Culture honored Roi Livne of the University of Michigan as co-winner, for Values at the End of Life: The Logic of Palliative Care.

The New Noir also was a finalist for the C. Wright Mills Award given Aug. 8 by the Society for the Study of Social Problems.

Not bad for a first book. The New Noir examines how nationality and citizenship are negotiated by the Black middle class and is the first volume in a two-book series Clergé plans on the politics of Black identity in the 21st century.

“She does so by examining the largest Black groups, Black Americans, Jamaicans and Haitians, and introducing a ‘racial consciousness spectrum’ — ‘a paradigm of how the Black diaspora comes to understand, negotiate and challenge constructions of Blackness across time and space.’

“The New Noir brings the sociology of culture into fruitful conversations with the sociology of race, class and gender, as well as with research on migration and diaspora. It shows how suburban, middle-class residents make sense of their diasporic past, and how they engage socially and politically with a larger sense of Black culture and identity.”

Clergé is the second member of the UC Davis faculty to win the Mary Douglas Prize, following Laura Grindstaff, professor of sociology, recipient in 2004 for The Money Shot: Trash, Class and the Making of TV Talk Shows.