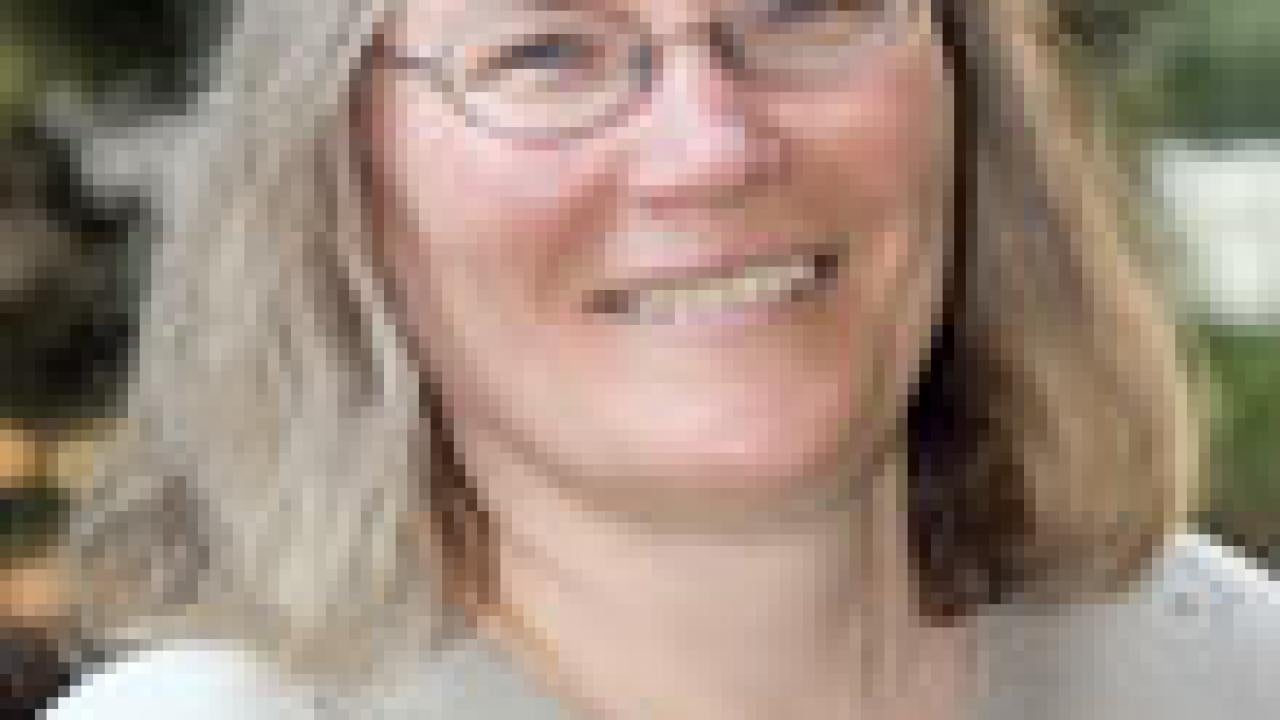 Winemaking titan Ernest Gallo never attended UC Davis, but he received quite an education from a number of faculty over the years.

"He wanted to understand everything that could impact his business," Academic Senate Chair Linda Bisson recalled last week, a few days after Gallo's death at age 97. "If he could understand the technology, he could use it — figuring, 'If I can make it better, I can sell more.'"

And so Gallo plumbed Bisson's knowledge extensively during her time as chair of the Department of Viticulture and Enology, from 1991 to 1996. They met for lunch often, usually in his office at E.&J. Gallo Winery headquarters in Modesto.

Just as the viticulture and enology department holds a lofty position in California's wine industry, the department chair held a lofty position with Gallo. "His chief aide once told me, 'You sit at the left hand of God when you are the chair,'" Bisson recalled.

The aide, Charles Crawford, never told her who sat at the right hand — but Gallo would have been a good guess. He and his brother Julio ruled the wine industry for many years, with the world's largest producing winery. Today, E.&J. Gallo sells an estimated 75 million cases a year, good for second place behind Constellation Brands (including Robert Mondavi and Arbor Mist).

Professor Bisson said her lunches with Ernest Gallo never included idle chitchat. They talked about policy issues and research. "He'd have a list of questions on things that he had read," she recalled.

Many of his questions centered on wine and health, and alcoholism in particular. He funded UC San Francisco's Ernest Gallo Clinic & Research Center, which opened in 1980, for inquiry into alcoholism and drug abuse.

Bisson said her relationship with Gallo was so strong that he often turned to her to help him decipher what the UCSF research team was actually doing. "He really wanted to know," she said.

Despite Gallo's tough questions and strong opinions, Bisson said she always had a pleasant time with him. They became friends, she said, and "he really made me feel like I was family."

He tested her honesty at one of their first lunches, asking for her opinion of a red wine from his winery. He did not pull punches, Bisson said, and he did not want her pulling any, either. "I took a sip, and I was trying to be polite, so I said, 'It's an interesting new style for you guys.' But it was all a setup. He finally asked me, 'What's wrong with it?'

Nothing could have helped that bottle of wine, but Gallo was always looking forward to the next bottle and the one after that. To achieve more consistent success, Ernest more than Julio recognized the advantages that could be gained from research, Bisson said.

The E.&J. Gallo Winery conducts some research of its own, and contributes to industry associations that pay for other research. The winery also supports projects at various universities.

"He (Ernest) understood the role of public universities, and the value of the work that we do and the questions that we answer," said Bisson, who studies the yeast that is a key ingredient in winemaking.

In 1978, to help foster UC Davis research in particular, Gallo funded UC Davis' Amerine Endowed Professorship, naming it in honor of his friend, Maynard Amerine, who was chair of the Department of Viticulture and Enology from 1957 to 1962.

Has the chair enabled her to carry out research that she might not have been able to do otherwise? "Absolutely yes," she said. "Certainly in the area of genomics."

Other scientists figured out the genomic sequence of yeast in 1996, and Bisson became the Amerine chair holder the next year. With the extra research money, she bought the expensive equipment that she needed to further analyze wine yeast genes.

"We knew what the yeast does, but we didn't know why," she explained.

The more Bissson can learn, and pass on to winemakers, the more they can manipulate the yeast and fermentation, and the better they can be at hitting their quality targets.

Amerine and Bisson were not the first UC professors to make an impression on Gallo. No story like this would be complete without mentioning Frederic Bioletti, namesake of Bioletti Way between La Rue Road and Hutchison Drive at UC Davis.

Bioletti, a Berkeley professor who also spent time on the Davis campus when it was the University Farm, wrote the winemaking pamphlets that Gallo discovered at the Modesto Public Library in 1933.

Gallo recalled the pamphlets in an interview that he recorded in 1969 for the California Wine Industry Oral History Series. UC Berkeley's Bancroft Library is the series' custodian, and, per agreement with Gallo, did not make his oral history public until his death.

"Neither myself nor my brother knew anything about winemaking," he recalled. Their first batch started out sweet after it was made in November or December, and grew very sour by July.

"I went down to the Modesto library and inquired of the librarian if she had any books on winemaking," Gallo said. There were none, with Gallo owing the lack of interest to the fact that Prohibition had just been repealed.

The librarian told Gallo to try the basement, where he might find some pre-Prohibition literature. He said he went through "an enormous stack of pamphlets and found two of them that were published by Professor Frederic T. Bioletti of Davis."

"So this was the beginning of our knowledge of the wine business — how to make wine," Gallo said. "My brother and I then proceeded that year to make wine in conformance with these two pamphlets."

That makes perfect sense to Bisson, knowing well how Gallo did his homework.

"He was so focused on trying to perfect the process, to make the product better," she said.