Work on a new pump and pathways continues along the far eastern portion of the Arboretum Waterway, and some fences remain in place, but the majority of the arboretum is open. An email blast Thursday afternoon (Dec. 21) declared: “As always, we are open! Winter is a great time to visit the arboretum.”

The pump is at Lake Spafford, to move water to the waterway’s east end near downtown Davis. The return flow to Lake Spafford goes over five newly installed weirs — in a system that adds oxygen to the water, and limits duckweed and algae from growing and collecting.

The arboretum had previously estimated the pump would be programmed by the end of November, and, in recent weeks, as workers adjusted and fine-tuned the system, the pump has been coming on and off. And that’s the pattern for now.

So, you may see the water flowing, you may not. Also keep in mind, each time the pump goes off, the water level drops in the east end, and when the pump comes back on, the level takes a while to rise to the top of the first weir, to start the flow going back to the lake.

Video (above): See and hear the new flow in the Arboretum Waterway.

While the work continues, only the Australian/New Zealand Collection in the easternmost area of the arboretum is closed. See map below.

This is the first phase of the Arboretum Waterway Maintenance and Enhancement Project. Three more phases are planned, the next one — set to begin in summer — to remove sediment and the concrete banks from Lake Spafford, and add more weirs and another pump. 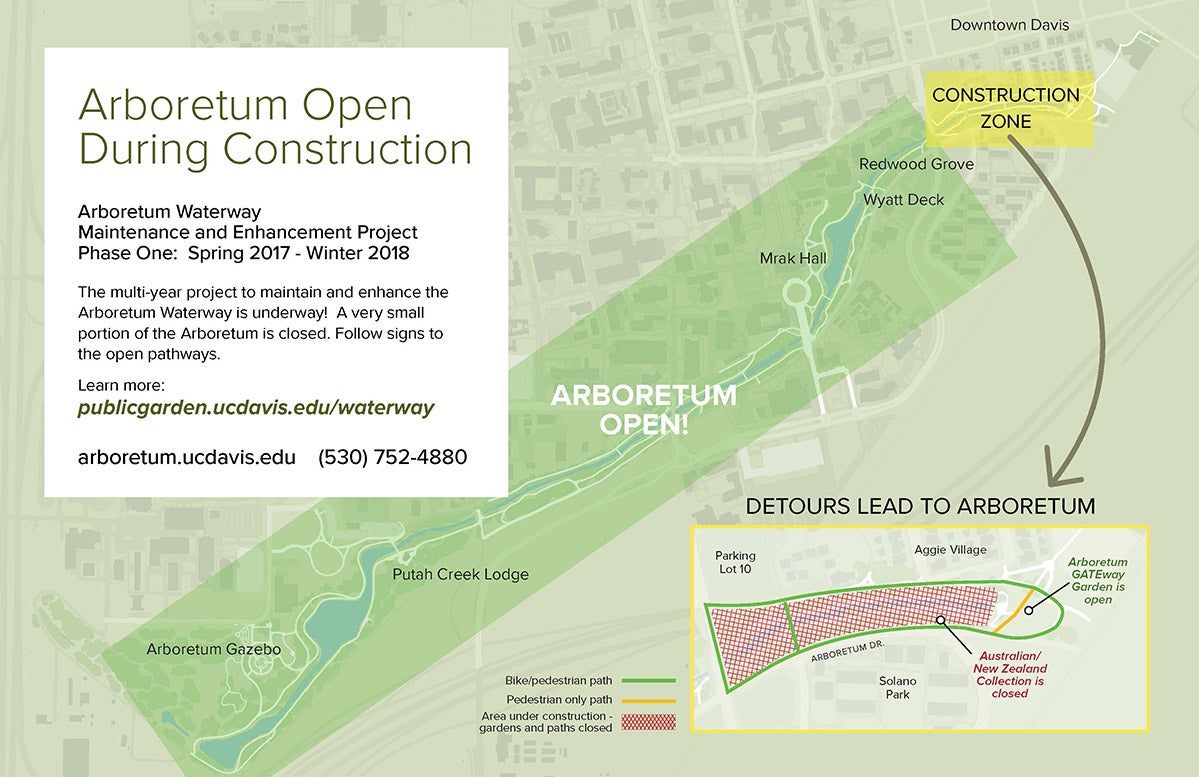