Rave Mobile Safety, the vendor providing the WarnMe-Aggie Alert emergency warning service for UC Davis, has taken responsibility for the technical issue that affected the ability of emergency managers to send alerts to the entire campus in connection with last week’s shooting of a police officer and the subsequent manhunt in downtown Davis.

"The system failure we saw on January 10 was unacceptable, and we will take all necessary measures to ensure 100 percent performance in the future," Chancellor Gary S. May said.

The system is tested twice per year and has passed previous tests. The next campuswide test of the WarnMe system will be held later in January, according to Clement Stokes, director of Emergency Management and Mission Continuity.

In a letter to the university dated Jan. 14, Brett Marceau, Rave’s chief technology officer, said: “Rave takes full responsibility for the fact that not all of the intended recipients received notifications and regrets the position into which it put the university,”

The company has identified and corrected the problem and is working to put additional measures in place to prevent a recurrence, Marceau wrote. 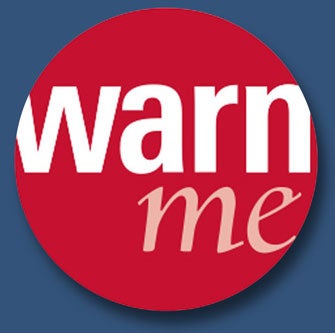 As events unfolded Thursday night (Jan. 10), UC Davis police sent a series of alerts by text message and email warning of a suspect on the loose and instructing people to shelter in place. The first alert went out at 7:28 p.m. and another followed at 7:46 advising people to shelter in place. These initial messages went to only about 20,000 people, instead of a full distribution of about 70,000.

Rave’s database of UC Davis contacts is updated every night based on university payroll data and other directories. The information is sorted into distribution lists for different purposes (faculty, staff and students, for example) on the Davis and Sacramento campuses. People authorized to use the system to send messages have access to certain sets of lists.

The Jan. 10 problem occurred because, due to an error in this updating process, key users were shut out of some lists and only one systems administrator had full access to all lists. When the problem was identified during the evening, the administrator restored access to all the lists so that later messages (starting at 8:45 p.m.) went to the full campus. .

The alerts also were distributed through UC Davis social media channels throughout the evening.

Adding new safeguards to prevent a recurrence is a top priority for Rave’s engineering team, and it plans to complete the work within a week, Marceau wrote. Company representatives will meet with the chancellor and campus safety officials next week to further discuss the issue and provide more details.