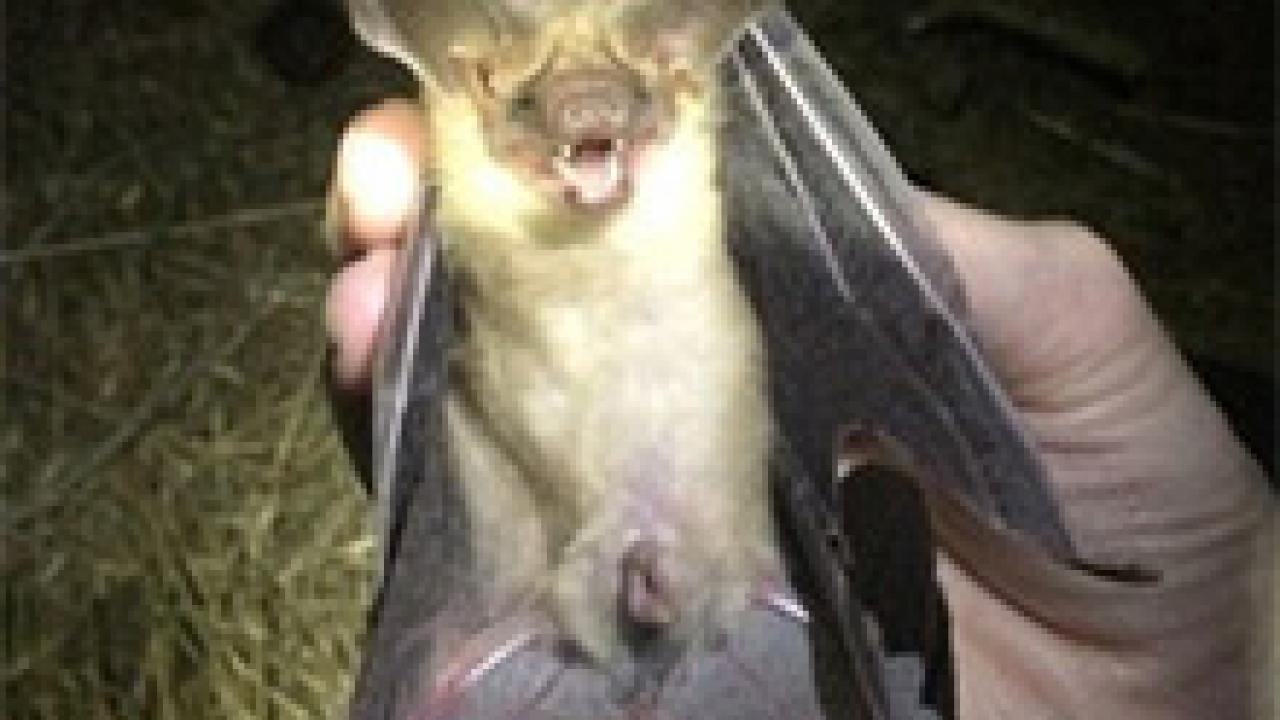 Bats are causing some farmers to shriek ... with glee. One of nature’s “insecticides,” bats can gobble up as much as two-thirds of their body weight in insects in one night. UC Davis doctoral student Katherine Ingram has spent the past three years examining bat droppings to see to what degree bats could replace synthetic pesticides in walnut growers’ battle against codling moths. The moths’ larvae burrow in walnut shells and eat the nuts, sometimes destroying as much as 10 percent of the crop. Ingram’s research indicates that strategically placing bat houses in the orchards may help farmers avoid costly pesticide applications and also preserve their crop.