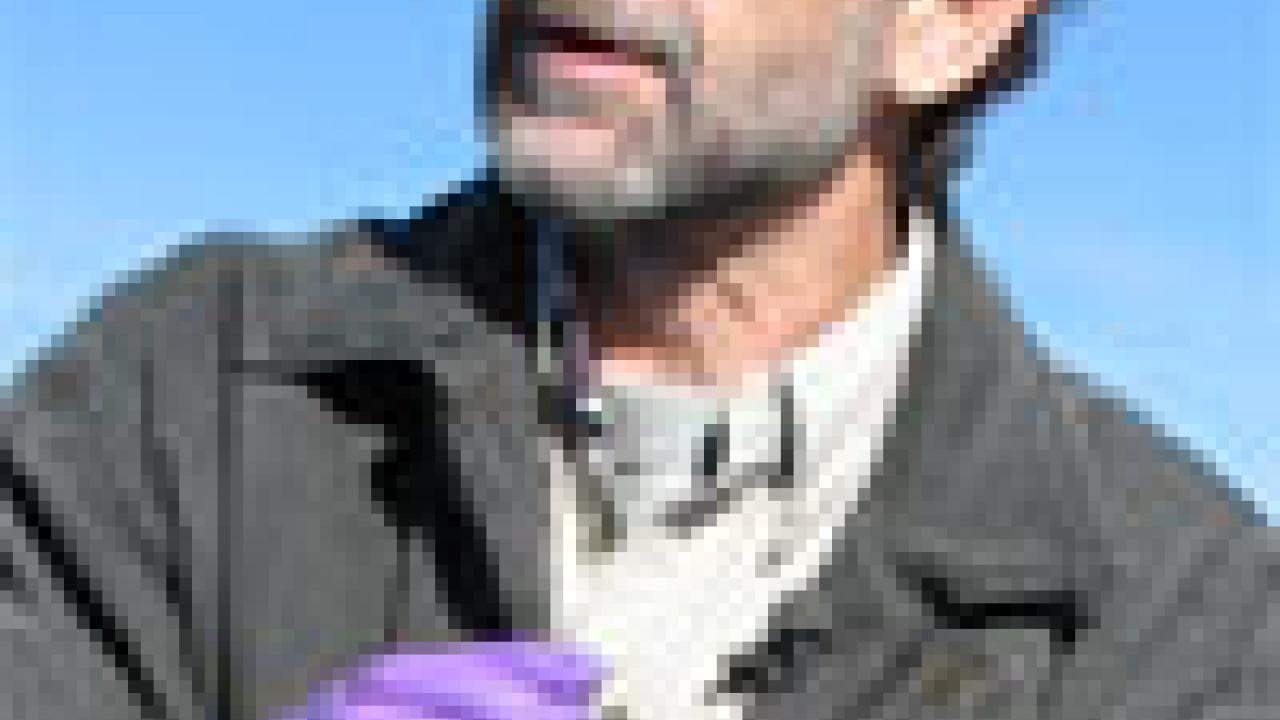 UC Davis today was named a partner in a new $18.5 million national research center that will study influenza viruses with pandemic potential, such as avian influenza H5N1 ("bird flu").

The new center's overall objective is to expand the federal government's early-detection program for influenza, and to help it reduce the chances of a deadly influenza outbreak around the world, as well as reduce the effects of common, "seasonal" strains of influenza.

Walter Boyce, a research veterinarian and director of the UC Davis Wildlife Health Center, will lead the UC Davis branch of CRISAR. Boyce and Scott Layne of UCLA, a public health physician and professor at UCLA's School of Public Health, have been named co-directors and co-principal investigators of the new center.

"UC Davis and UCLA have joined together to tackle one of the most important public health threats of our time," said Boyce.

The Wildlife Health Center is a program of the UC Davis School of Veterinary Medicine. UC Davis is one of the world's top veterinary medical schools and a leader in the study of diseases transmitted from animals to people, called zoonoses.

"This new center is an acknowledgment that the health of people, domestic animals, and wildlife are inextricably entwined, and that veterinary medicine and human medicine really are 'one medicine,' " said Bennie Osburn, dean of the UC Davis School of Veterinary Medicine.

Public health experts say that learning exactly how the influenza virus is changing as it moves around the globe is essential to knowing when it might develop the ability to move quickly between humans, giving it pandemic potential, and knowing how to fight it with preventive vaccines and antiviral drugs.

UC Davis' chief role in the new surveillance and research center will be to coordinate the collection and testing of tens of thousands of samples from wildlife, especially wild birds, on both the U.S. and Asian sides of the Pacific Ocean.

UC Davis will also collect samples, in collaboration with the University of Alaska, Fairbanks (UAF), and the Wildlife Conservation Society.

UC Davis will sample wildlife in the Pacific Flyway from California to Alaska. UAF will sample in Alaska, Far East Russia and Japan. The Wildlife Conservation Society, based in New York City, will sample in Cambodia, Laos and Mongolia.

All samples will be tested at UC Davis and UAF for the presence of influenza viruses. Positive samples will then be sent to Layne's group at UCLA for precise identification based on their genetic makeup.

Layne will direct the High Speed High Volume Laboratory Network for Infectious Diseases, which is being created to quickly analyze and process high quantities of biological samples. It will have the unique capability to analyze influenza genes from thousands of viruses each year, far more quickly and in far greater numbers than any other program.

"Clearly it's important to know if and when strains of flu like Asian H5N1 make it to the U.S. But we can't stop there," said Boyce. "We need to know how viruses are changing, and whether they are becoming more or less of a threat.

"This new national influenza surveillance and research center gives us that ability. CRISAR and the other NIH centers will work together to reduce and manage the threat of influenza."

The California-based center is one of six new federal influenza research centers announced today. The others are based at:

About the Wildlife Health Center

The Wildlife Health Center, a unit within the School of Veterinary Medicine at UC Davis, focuses on the health of wildlife, people and the ecosystems they share. More information: http://www.vetmed.ucdavis.edu/whc/.

The University of California is one of the world's foremost research and teaching institutions, and UC Davis is the University of California's flagship campus for agricultural and environmental studies. UC Davis is a global leader in solving problems related to air and water quality; water and land use; agricultural practices; endangered and invasive plants and animals; climate change; resource economics; information technology; and human society and culture. More information: http://www.ucdavis.edu.

About the National Institute of Allergy and Infectious Diseases

The National Institute of Allergy and Infectious Diseases (NIAID), an arm of the National Institutes of Health (NIH), supports basic and applied research to prevent, diagnose and treat infectious diseases such as HIV/AIDS and other sexually transmitted infections, influenza, tuberculosis, malaria and illness from potential agents of bioterrorism. NIAID also supports research on basic immunology, transplantation and immune-related disorders, including autoimmune diseases, asthma and allergies. More information: http://www.nih.gov.