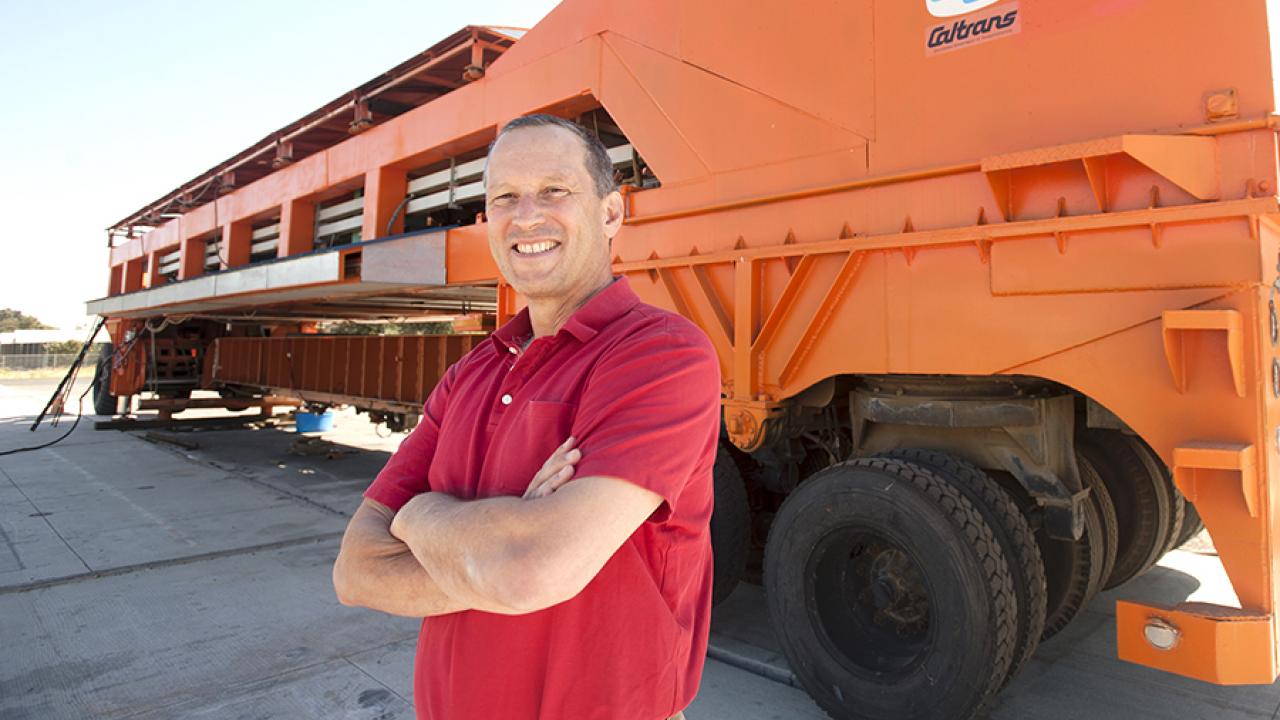 The University of California, Davis, received $783 million in external research funding for fiscal year 2016-17, up $23 million from the previous year. UC Davis remained fourth overall among University of California campuses, which received a combined total of $6.08 billion from all external sponsors during fiscal year 2016-17, about 1 percent above the previous year.

“It’s clear that public agencies and private companies are depending on UC Davis’ innovative spirit and expertise to help solve some of the world’s biggest challenges,” said Chancellor Gary S. May.

Awards from the federal government again topped the list for 2016-17, totaling $384 million, but were down slightly from $391 million the previous year. The U.S. Department of Health and Human Services accounted for the largest source of federal funding with $221 million in awards, up from $213 million in 2015-16. The next highest federal awards were from the National Sciences Foundation at $40 million and the Department of State at $32.6 million.

Funding from the state of California made up a significant portion of the awards at $160.6 million, down slightly from the previous year’s award of $170 million. Businesses grants totaled $61.5 million, and higher education grants increased by $10 million to $41 million.

A program that will help improve California’s infrastructure, specifically California roads, received the largest university grant during fiscal year 2016-17. Programs that address public health issues made up other top awards, including tracking cancer data for use in research, identifying and responding to viruses that have the potential to create global pandemics, reducing illness and mortality from tobacco, and improving nutrition for low-income Californians.

$29.6 million for ‘Partnered Pavement Research Center 2017-2020’ from the California Department of Transportation

Since 2012, the UC Davis Institute for Population Health Improvement has partnered with the California Department of Public Health to run the California Cancer Registry, or CCR, one of the world's leading resources for population-based data on cancer. The award is used to support the California Cancer Reporting and Epidemiologic Surveillance (CalCARES) Program. CalCARES conducts the day-to-day operations of the statewide registry and promulgates a number of cancer surveillance reports each year. CalCARES staff members also conduct population-based research about cancer.

Founded in 1988, the CCR collects information about almost all cancers diagnosed in California — over 4 million cases to date, with more than 175,000 new cases are added annually. The data in the registry are used to develop strategies and policies for the prevention, treatment and control of cancer, and have been the cornerstone of a large amount of research that has advanced knowledge about cancer over the years. Numerous UC and other investigators use data from the CCR in their research. Principal investigator: Kenneth W. Kizer.

The multi-institutional PREDICT initiative provides rapid detection and response to emerging viruses such as Ebola and SARS that move among people, wildlife and livestock. The program currently operates in more than 30 countries around the world. The project is part of USAID’s Emerging Pandemic Threats program and is led by the UC Davis One Health Institute in the UC Davis School of Veterinary Medicine. The implementing partners are the United States Agency for International Development, Wildlife Conservation Society, EcoHealth Alliance, Metabiota and the Smithsonian Institution. Principal investigator: Jonna Mazet.

The UC Davis Institute for Population Health Improvement, in partnership with the California Department of Health, has operated the internationally acclaimed California Tobacco Control Program, or CTCP, since 2012. Originally established in 1989 after passage of Proposition 99, the CTCP seeks to improve the health of all Californians by reducing illness and premature death attributable to the use of tobacco products. The CTCP has helped to dramatically reduce the use of tobacco in California, which now has the second lowest rate of smoking among all states. Through leadership, experience and research, the highly successful CTCP empowers statewide and local health agencies to promote health and quality of life by advocating social norms that create a tobacco-free environment. The funds are used to, among other things, develop and support a wide range of community-based programs to accomplish these purposes. Principal investigator: Kenneth W. Kizer.

Where funds are awarded over several years, but distributed in yearly increments, the money is counted in the year received.

Awards by college and school

“UC Davis remains one of the top public research universities and remains on an upward trajectory,” said Cameron Carter, professor of psychiatry and psychology and interim vice chancellor for the Office of Research. “Our success in research funding reflects the hard work of a faculty who are the top scientists in their field, and of a university that is always striving to make discoveries that make a difference to the lives of Californians.”