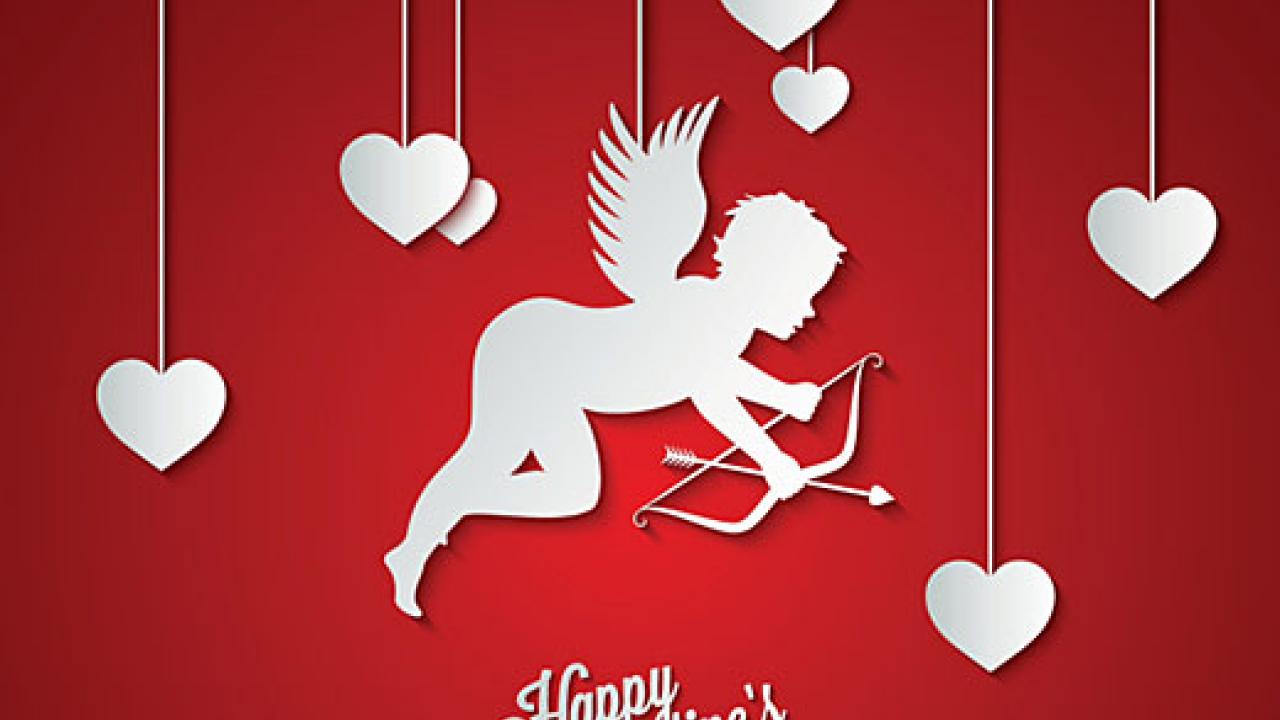 UC Davis experts on romance and relationships for Valentine's Day

Emilio Ferrer, professor of psychology, has done extensive research on romantic relationships, including analyzing how couples communicate over time, how well they are in sync emotionally and even how their heart and breathing rates compare. His research has been publicized nationally in popular media as well as a number of scholarly journals. Press release and other media on his work. Contact: Emilio Ferrer, eferrer@ucdavis.edu, (530) 752-0184.

April S. Masarik, a postdoctoral scholar at the Family Research Group in the Department of Human Ecology, has studied how couples respond to economic pressures and how adolescents who have positive relationships with their parents develop stable and satisfying romantic relationships. Her work has practical implications for the importance of premarital and marital counseling that emphasizes the positive aspects of parenting, commitment in marriage and romantic relationships, and sharing relationship beliefs and expectations. Press release about her work.Contact: April Masarik, ansanders@ucdavis.edu.

Department of Anthropology doctoral graduate Ryan Schacht and Professor Monique Borgerhoff Mulder co-authored a recent study that calls into question the popularly held stereotype that men want as many partners as possible and women want stability and commitment. The study found that in communities where men outnumbered women, men were much more likely to seek a committed, long-term relationship. Press release and the full study. Contact: Ryan Schacht, r.schacht@utah.edu, (801) 585-6840.

Karen Bales, professor of psychology, studies the physiology, neurobiology and development of social bonding, particularly in monogamous species. She works with prairie voles, a species in which males and females form pair-bonds, and both males and older offspring help care for infants. She is interested in the role of neuropeptides such as oxytocin and vasopressin in these behaviors, as well as the effects of early experiences on the development of these behaviors, and the use of oxytocin in human health practices. Contact: Karen Bales, klbales@ucdavis.edu, (530) 754-5890.

On the screen and in history

Pamela Demory, a lecturer in the University Writing Program, studies themes of romance, sex and pleasure in film adaptations of Jane Austen novels, the “Twilight” series, and movies and television programs with lesbian, gay, bisexual and transgender themes. She is co-editor of the essay collection “Queer Love in Film and Television.” Contact: Pamela Demory, phdemory@ucdavis.edu, (530) 752-9535.

Ellen Zagory, director of public horticulture for the Arboretum and Public Garden, specializes in plant propagation and planting design. For an audience interested in creating bouquets from their own backyards, even during winter, she can give advice on selecting plant palettes that are low-water, attract beneficial wildlife and provide year-round color that can be incorporated into Valentine’s Day arrangements. Contact: Ellen Zagory, emzagory@ucdavis.edu, (530) 400-9690.

Carl Keen, professor of nutrition, studies the health benefits of cocoa and chocolate. He has conducted research on how polyphenolic compounds called flavanols, found in cocoa, can help a person maintain healthy circulation and improve blood flow. Depending on the processing method, cocoa may contain high levels of these flavanols, suggesting that that some cocoa and chocolate products can contribute to a healthy diet. Contact: Carl Keen, clkeen@ucdavis.edu, (530) 752-6331.

Conor Taff, a postdoctoral fellow in the Department of Wildlife, Fisheries and Conservation Biology, has studied how the yellowthroat warbler riffs on the same song thousands of times a day to attract mates. His recent research shows that males pay attention to what’s happening up to a quarter-mile away and change their singing behaviors to match when neighboring females are fertile. Release on his study. Contact: Conor Taff, cctaff@ucdavis.edu, (518) 332-3983.