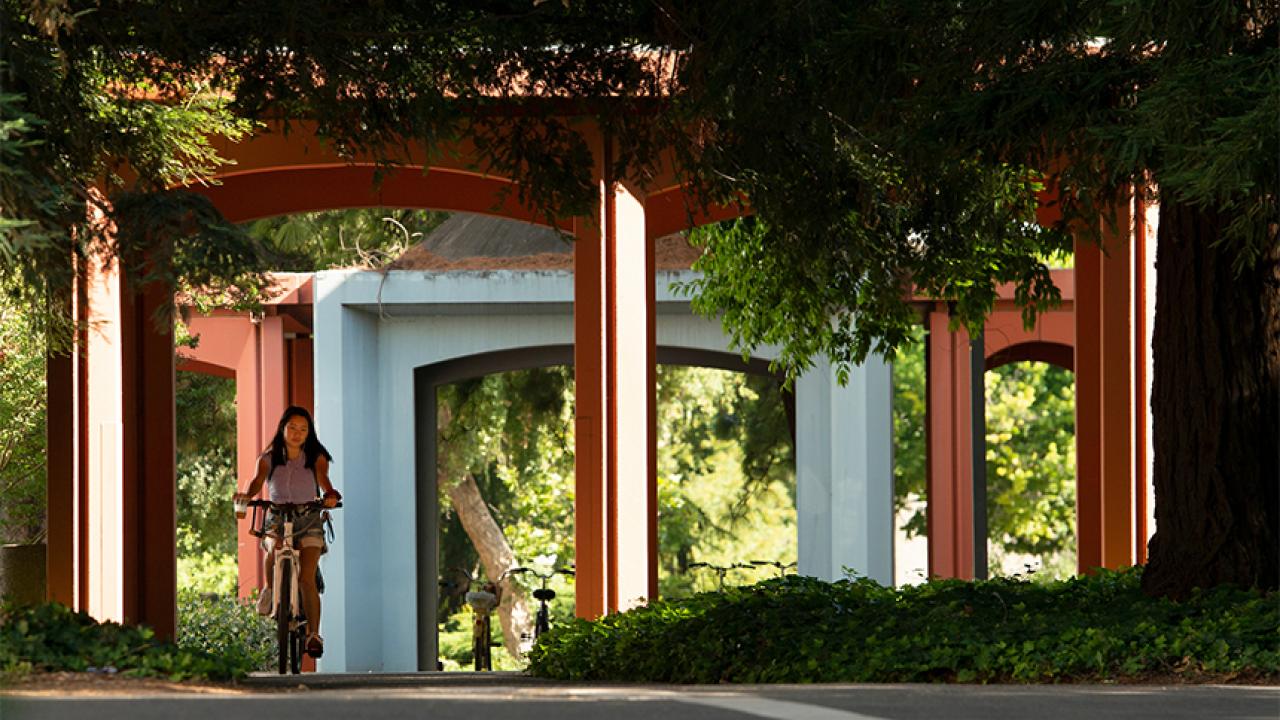 The University of California, Davis, offered freshman and transfer admission status for fall 2020 to a record 45,820 applicants — including an all-time high of 29,775 California residents.

The total number of new students admitted for undergraduate study represents a 13.6 percent increase compared with last year, according to statistics released today (July 16) by the university system.

UC Davis admitted a record 35,838 freshman applicants, an increase of 17.5 percent from last year, and 9,982 transfer applicants, a 1.4 percent increase.

Based on acceptance of those offers of admission, the campus estimates it will enroll about 9,500 new freshmen and transfer students this fall, a planned increase of about 5 percent from fall 2019, and make gains in the diversity of the incoming class. Total enrollment — including undergraduate, graduate and professional students — is expected to be approximately 39,600. Instruction starts Sept. 30.

“We are proud of our admitted students,” said Ebony Lewis, executive director of Undergraduate Admissions at UC Davis. “We commend them for finishing their high school and transfer studies under challenging circumstances, for being resilient and remaining committed to their future, and for pursuing their education at a world-class university.”

UC Davis notified most freshman applicants of admission decisions in mid-March, shortly before California issued its stay-at-home directive to fight the spread of COVID-19. Most transfer applicants were notified in mid-April.

After moving to remote instruction for the spring quarter and Summer Sessions, UC Davis announced last month that it is preparing to welcome students back to campus this fall if county and state health guidelines permit. It plans to offer a mix of in-person and remote instruction, and Chancellor Gary S. May said last week that the campus is working hard to be able to provide more specific information by the end this month.

California residents accept offers of admission and actually enroll at higher rates than U.S. domestic and international students, and that is expected to be even more the case because of the pandemic, Lewis said.

Diversity and other measures

“Our efforts to not only provide access to as many California residents as possible but also to reflect the diversity of the state in our incoming class are having a positive impact,” said Don Hunt, associate vice chancellor for Enrollment Management. “We continue to work toward these goals.”

Among admitted California residents who reported the following demographic information, about 39 percent would be in the first generation of their family to graduate from a four-year university, and 40 percent are from low-income families.

Statistics for the university system and UC Davis are available online.