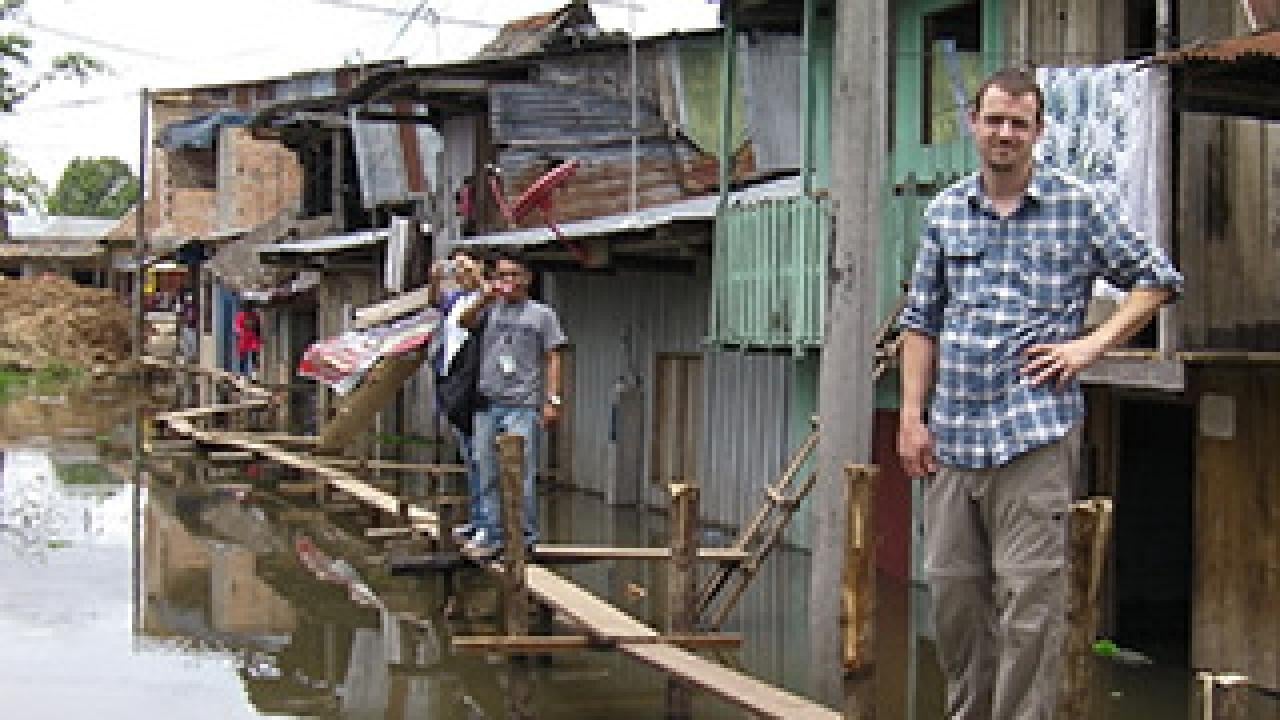 The research, headed by Professor Thomas Scott of the UC Davis Department of Entomology and Nematology, is published May 19 in the Proceedings of the National Academy of Sciences.

"Defining variation in the risk of dengue transmission has been a roadblock to understanding disease dynamics and designing more realistic and effective disease prevention programs,” said Scott, a noted dengue researcher and a senior author of the paper, “Time-Varying, Serotype-Specific Force of Infection of Dengue Virus.”

“This study is an important step toward overcoming that obstacle,” Scott said. “We hope our results will help reduce the burden of this increasingly devastating disease."

Dengue, a mosquito-borne virus infecting nearly 400 million people a year, is difficult to model not only because the majority of all infections are hidden, but also because there are four distinct serotypes, or versions, of dengue, each having unique characteristics, said lead author Robert Reiner, a Research and Policy for Infectious Disease Dynamics (RAPIDD) postdoctoral fellow in Scott’s Mosquito Research Laboratory.

“Typically, most infections go unnoticed and as such, measuring and modeling transmission intensity is problematic,” Reiner said.

Dengue virus is transmitted by Aedes aegypti, a mosquito that bites during the daytime as people move about in their daily routines.

Over the 12-year period, from 1999 to 2010, the researchers periodically tested individuals in Iquitos for dengue virus infections, even if they never felt sick.

“We created a new modeling approach that was able to leverage the resulting 38,416 blood samples to create time-varying, serotype-specific estimates of transmission intensity, which we measured as the force of infection, or the rate at which susceptible individuals became infected,” Reiner said.

“By accurately estimating the force of infection within and between years, we were able to demonstrate that current control strategies that are typically based on one-time estimates of transmission intensity are underestimating the effort needed to eliminate this disease. This may help explain why most interventions are not successful,” he said.

Reiner said that the team’s work suggests that certain serotypes can infect up to 33 percent of the susceptible population in a single year and that 79 percent of the population of Iquitos would need to be protected from any further infection to eliminate transmission. Further, he said that the researchers’ estimates form a detailed description of virus-transmission dynamics that provides a basis for understanding the long-term persistence of dengue and for improving disease prevention programs.

“The marked variation in transmission intensity that we detected indicates that intervention targets based on one-time estimates of the force of infection could underestimate the level of effort needed to prevent disease,” the authors wrote in their abstract. “Our description of dengue virus transmission dynamics is unprecedented in detail, providing a basis for understanding the persistence of this rapidly emerging pathogen and improving disease prevention programs.”

Scott’s world-class dengue research program recently received two new research grants totaling nearly $10 million to study the illness. The grants,  $7.5 million from the National Institutes of Health and $2.2 million from Notre Dame University, will help fund the program for the next five years, said Scott, director of the Mosquito Research Program and the principal investigator of the dengue research program.

“There is no vaccine nor drug that is effective against this virus,” said Scott, who has studied dengue for more than 25 years and is recognized as the leading expert in the ecology and epidemiology of the disease.

While vaccines are under development, it is not clear how they can be best applied when they are available, including in combination with other interventions like mosquito control, Scott said.

“New disease-prevention tools, in addition to vaccines and an improved understanding of virus transmission dynamics, which will enhance surveillance and epidemic response, are needed to reduce the global burden of dengue,” he said.