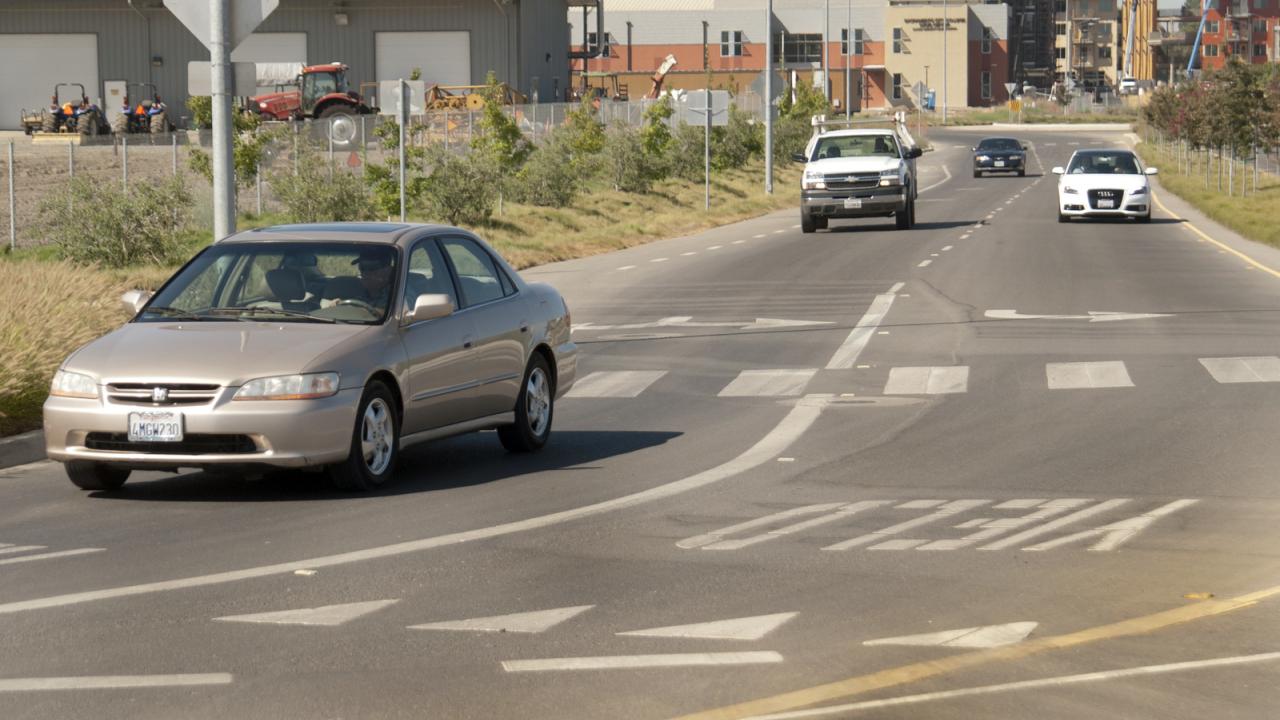 As empty parking spaces become harder to find at UC Davis, transportation officials are readying a stopgap while they plan new ways to encourage faculty, staff and students to take alternative transportation.

“As the campus population grows, more people are likely to drive unless we develop additional incentives that support our customers’ needs,” said Cliff Contreras, director of Transportation Services, or TAPS.

Nearly half of all Aggies ride bicycles to campus, which is far more than outside observers predicted UC Davis could achieve. But the university is growing, and its 18,000-plus parking spaces sometimes fill to 80 percent capacity. TAPS will soon hire a consultant to help think up new ways to encourage people to use alternative transportation, and in the meantime may use a strategy to fit more cars on campus.

“We’ll find out during fall quarter whether our existing parking inventory will accommodate the parking demands of the campus,” Contreras said.

If not, the department will hire a vendor to provide stack parking, which is similar to valet parking: After a parking structure or surface lot fills, more cars are parked in the aisles. Attendants are on hand to retrieve blocked-in vehicles.

Contreras said UC Davis has offered stack parking three times in the past — most recently during construction of the Pavilion Parking Structure (at the campus’s west entry) — and it’s been popular among drivers.

“Customers have said, ‘We like stack parking — bring that back,’” he said.

It increases the amount of available parking by around 20 percent.

Incentives could get more enticing

TAPS already offers a wide range of incentives to people who agree to forgo parking permits. For example, the goClub program offers discounted train and bus passes, free Zipcar membership and “rainy day” permits (a limited number each quarter), to be used by people who elect to drive instead of biking in the rain.

Holdouts might not be easy to convert, and TAPS may need to invest more to get people to warm to the idea of bikes, carpools, buses and trains.

“Most of the low-hanging fruit has been picked,” said Leslie Mancebo, who coordinates the goClub. “We have to make alternatives to driving alone more attractive to more of the population.”

Further incentives could be expensive, but it would be worth it to avoid building a new parking structure, which would cost $30,000 per space.