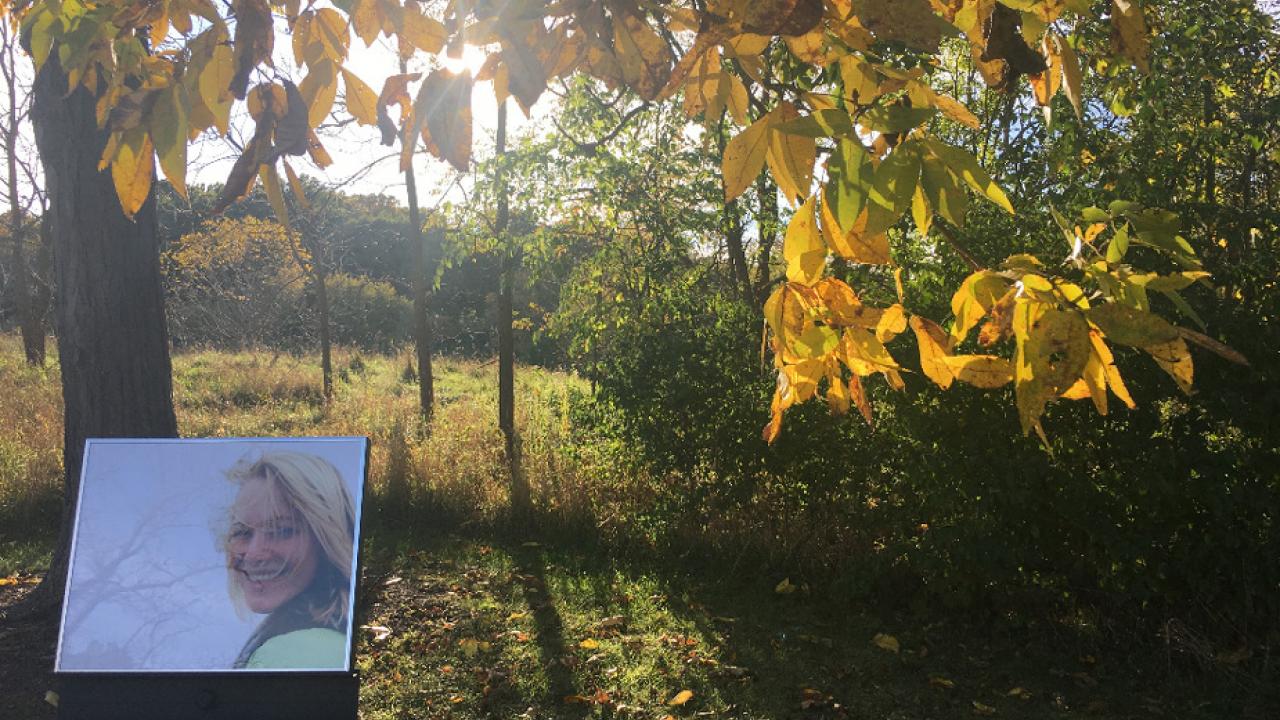 A UC Davis award fund has been established in memory of slain researcher Sharon Gray to support graduate students in the College of Biological Sciences.

Gray’s family intends for the new Sharon Gray Memorial Award to become permanently endowed, by bolstering it with a share of the donations already made to the Sharon Gray GoFundMe account. That account, established by Gray’s family soon after her death Oct. 4 in Ethiopia, had taken in more than $109,000 as of today (Nov. 17).

“I have been trying to remain positive and optimistic throughout all of this, and this fund is a great reminder of that,” said Markelz, who is a postdoc in the Department of Plant Biology.

Gray, who was also a postdoc in plant biology, had gone to Ethiopia for the launch of a research project. She was riding in a car when a rock came crashing through a window, striking and killing her.

The tragedy occurred at a time of large-scale, antigovernment protests in Ethiopia, but the Netherlands Institute of Ecology, a partner in the research project, said Gray’s death was not a direct consequence of those protests, but, rather, the result of a random act of a few young individuals throwing stones at passing vehicles.

Markelz said the GoFundMe account will be divided among the Sharon Gray Memorial Award at UC Davis and a similar fund at the University of Illinois, Urbana-Champaign (where Gray did her undergraduate work and received her Ph.D.), and a global initiative — including an exchange program that has a priority goal of bringing a particular Ethiopian researcher to UC Davis.

The researcher is a young woman named Sara whom Gray met during her stay in Ethiopia. One of Gray’s colleagues on the Ethiopia project, Tracy Baines of AgBiome, explained how Gray and Sarah connected.

“Sharon pushed us to be better in so many ways, but one of the most prevalent ways and the one that stuck around the most was running,” said one of her brothers, Stephen Gray, in announcing a 5K run to be held in her honor on Saturday, Nov. 26, at Millennium Park in Lindenhurst, Ill., where Gray was raised. Proceeds from the run will go toward “one of Sharon’s last great ideas,” referring to mentorship of young women in science.

“When we visited the labs on Tuesday, she was so excited to come back to help train the scientists and to help them use the equipment to which they had access, but were not knowledgeable on using,” Baines wrote in a post on the GoFundMe page. “In particular, she spoke about Sara, a young scientist that attended our seminar on Monday and who gave us the tour of the molecular biology lab on Tuesday.

“Sharon spoke with Sara on Monday, and that evening began to talk about how it would be wonderful to train Sara and to even bring her to UC Davis to make sure she learned the processes. On Tuesday, she became even more excited about working with Sara, and when we left, she gave Sara her contact information, a hug and some kisses on the cheeks.

“She saw the eagerness to learn in Sara and that the environment was the only restriction to her education, something she really wanted to help alleviate. I truly hope that this dream of Sharon’s can become a reality. I know she would be so happy for Sara.”

Markelz said he and Siobhan Brady — Gray worked in her lab — are seeking grant money to help with the international exchange. “We are looking at April 2017 as our target date for this,” Markelz said.

UC Davis’ Sharon Gray Memorial Award, like the international initiative, honors Gray’s passion for and commitment to mentoring women in science. The memorial fund will provide an annual award to one or more College of Biological Sciences graduate students demonstrating outstanding mentorship to high school students, undergraduates or peer women. The fund will be used for furthering the graduate students’ education through research, conferences, workshops or leadership meetings.