Awards season has arrived for the Academic Senate and Academic Federation, which are honoring their members for their teaching, research and public service.

Read more about Lebrilla and his work.

The Academic Federation this year added two award categories: Distinguished Service, recognizing a member who has made significant contributions to the world, nation, state and-or local community through distinguished public service; and Excellence in Graduate and Professional Teaching.

Here are the federation award winners for 2018:

More about the recipients follows, in write-ups from the award committees or by UC Davis public information representatives and content strategists, working from their own research and from nomination materials. 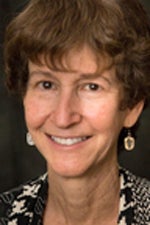 Jeannie Darby, professor, Department of Civil and Environmental Engineering, College of Engineering — She made a huge and lasting improvement in the lives of people residing in California’s San Joaquin Valley by drawing attention to the effects of nitrate contamination in small-system drinking water. On behalf of the state Legislature, UC Davis conducted the first comprehensive scientific investigation of nitrate — and the report that came out in 2012 included Darby’s chapter on how to treat nitrate in drinking water. She went on to implement solutions by which an estimated 100,000 or more people now receive improved drinking water. 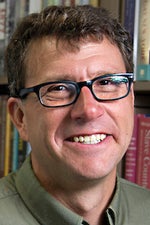 Gregory Downs, professor, Department of History, College of Letters and Science — President Barack Obama’s January 2017 designation of a national monument to Reconstruction followed nearly four years of efforts by Downs and other experts on that widely misunderstood period of U.S. history. Downs co-wrote the National Park Service’s Theme Study on Reconstruction, helped edit the Park Service’s handbook on Reconstruction and helped identify appropriate sites for the monument — which ended up in the Sea Islands region of Beaufort County, South Carolina. Fellow UC Davis history professor Eric Rauchway nominated Downs for the senate award, saying his devotion to setting the record straight on Reconstruction led to “an accomplishment of value to the public that few of us will ever match.” 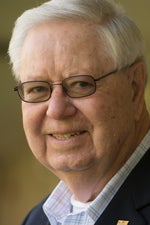 Calvin O. Qualset, professor emeritus, Department of Plant Sciences, College of Agricultural and Environmental Sciences — He has made outstanding contributions to agriculture as an expert on agricultural biodiversity conservation. He has been instrumental in developing more than 24 new varieties of wheat, oat and triticale since joining the UC Davis faculty in 1967. He helped shape many of the activities and processes in the United States and abroad that seek to conserve the genetic diversity of crops. He has graciously given his time to numerous institutions, including the National Science Foundation, U.S. Department of Agriculture and Environmental Protection Agency, providing sound, science-based advice aimed at improving genetic conservation. 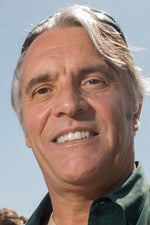 John Eadie, professor, Department of Wildlife, Fish and Conservation Biology, College of Agriculture and Environmental Sciences — He is notable for his welcoming and engaging style in the classroom, as well as his sincere concern for the well-being of his students. His courses in wildlife biology and specifically on wild birds are extremely popular, even legendary, with students enthralled by his creative descriptions and extemporaneous stories. And he does it while maintaining high expectations and instructional rigor. Not only do students at all levels rave about his charisma and ability to translate complex information in a stimulating manner, but his colleagues laud his innate talent as an educator and mentor as well. 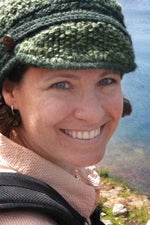 Gail L. Patricelli, professor, Department of Evolution and Ecology, College of Biological Sciences — She excels at teaching many different kinds of courses: huge lecture classes, small upper-division courses, breadth classes for nonmajors and individualized mentoring of undergraduates in research. She has supervised more than 300 undergraduates in laboratory and field projects. She is known for her innovative assignments. She asks students to find case studies of “Baloney Science” — examples of distortion of scientific research. Students compare their case studies to original scientific publications and analyze the false representations of the findings. In their evaluations, her students identify Patricelli’s dedication, enthusiasm and creativity as the qualities that make her an extraordinary teacher. 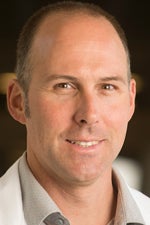 Jared T. Shaw, professor, Department of Chemistry, College of Letters and Science — He is an innovative educator, dedicated mentor and untiring promoter of science education. Students are challenged and motivated in his courses on organic chemistry, and they praise his teaching style as innovative and even inspirational. He reaches out to students from underrepresented groups, getting them involved in research, helping them get into grad school, and guiding them into careers as professionals. Shaw is an untiring advocate of public outreach. His monthly Davis Science Café is extremely popular, connecting the academic scientist with the general public to enhance communication and understanding about science. 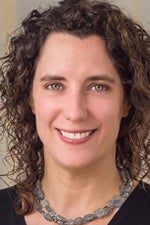 Annaliese K. Franz, associate professor, Department of Chemistry, College of Letters and Science — Her workshops in effective teaching and foundational seminars have been lauded for providing graduate students with valuable tools for future success in academia, industry, science policy or other professional fields. Her graduate students describe her mentoring style as flexible and designed around the individual needs of her students, but she is also always approachable and “always interested, involved and inspirational.” Students and colleagues alike view her as extremely dedicated and passionate about her work, a tireless advocate for her students, and a strong role model for women in STEM. 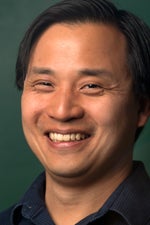 Mark Jerng, associate professor, Department of English, College of Letters and Science — His graduate teaching record in the field of modern American literature is of an exceptionally high caliber. Students find in him a true and ideal mentor who is able to work with them in areas such as Asian American Literacy and Cultural Studies, praising him for his high level of expertise, depth of knowledge and extensive understanding of the subject matters he teaches. Colleagues and students also speak with great admiration of Jerng’s extreme dedication, generosity, kindness and the uncommon support he provides for his students, preparing them for their professional careers. 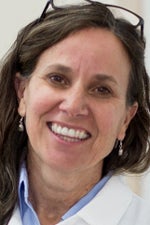 Patricia Pesavento, professor, Department of Pathology, Microbiology and Immunology, School of Veterinary Medicine — Her enthusiasm, competence, and passion for science and teaching are renowned. She employs innovative teaching strategies that bring pathology to life for veterinary students, and she has been instrumental in the development of a learner-centered emphasis in the pathobiology graduate group curriculum. Anatomic pathology residents whom she has mentored credit her with seamlessly providing support and instruction while allowing for individualized professional development. Her graduate students appreciate that Pesavento uniformly values their contributions and treats them as colleagues. 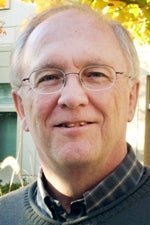 Richard Snyder, emeritus professor and Cooperative Extension specialist of biometeorology, Department of Land Air and Water Resources — Over the past 37 years, Snyder’s contributions range from helping California growers protect crops from frost and improve their irrigation scheduling to assisting Egyptian and Mexican scientists in setting up a network of automated weather stations. He played a key role in developing the California Irrigation Management Information System, now operated by the state Department of Water Resources, to provide timely weather data and information on potential water consumption by crops. He developed a forecasting system for the amount of water needed by particular plants based on the weather forecast — a system that the National Weather Service expanded nationwide. As a consultant for the U.N.’s Food and Agricultural Organization, he was first author on a two-volume book on frost protection that is used around the world. In his retirement, he continues to work on irrigation management with colleagues abroad. 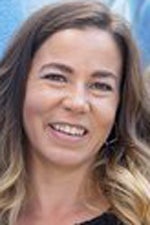 Tina L. Saitone, Cooperative Extension specialist, Department of Agricultural and Resource Economics — She conducts research on a broad range of topics, including the Women, Infants and Children (WIC) food assistance program. In 2012, the California Department of Public Health asked Saitone to conduct a study of cost containment for the state’s WIC program, the largest in the nation. Saitone and co-authors identified $50 million in annual cost savings for the program without impacting participant access. By 2015, WIC’s cost-containment policies had been fundamentally transformed based upon recommendations emanating from the UC Davis analysis. This work captured the attention of other states and other agencies within the U.S. Department of Agriculture, which led to multiple grant contracts between UC Davis and the USDA Economic Research Service to extend the WIC cost-containment strategy nationally.

Excellence in Graduate and Professional Teaching 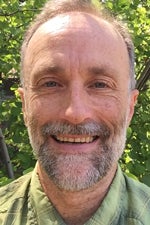 Peter Green, research engineer, Department of Civil and Environmental Engineering, College of Engineering — He has been essential in training and mentoring nearly every experimentally oriented environmental engineer receiving a graduate degree in the department since he arrived in 2000. Faculty praise his “unfailing generosity, skill, knowledge and patience in developing students’ research skills” and view him as “the ideal role model for enhancing, extending and enriching graduate education on campus.” Likewise, Dr. Green’s students attest to the time and dedication he invests in helping them reach their goals. A former student put it best: “I look back on those years and wonder where I might have been, what might have occurred, if I had never met Peter Green. … I know that his guidance as an educator and mentor helped shape my life, and isn’t this what you truly look for as excellence in teaching?” 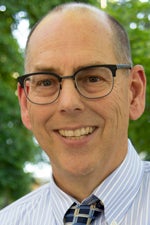 Rick Pomeroy, lecturer, School of Education — He runs the school’s half-century-old Young Scholars Program, whereby high school students spend part of their summer conducting real-world research in the natural and biological sciences, working with accomplished researchers. He also supervises the science credential teaching program. Wrote one local teacher who earned a teaching credential at the School of Education: “Beyond mentorship in teaching, Rick profoundly changed my life when he invited me to work with him running a residential research program on campus for high school students (Young Scholars Program). I’ve now worked as part of the Young Scholars Program for over 10 years, largely due to the increasing responsibility and faith Rick showed me during that time. … We continually have researchers come back year after year due to the quality of the program Rick has cultivated.” 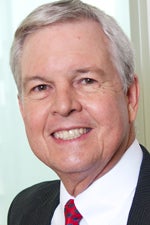 Will Snyder, executive director, Master of Professional Accountancy, Graduate School of Management — He has been with the MPAc program since it began in 2013. He teaches. He is the director. He is the program’s “heart and soul,” said his nominator. Student evaluations from his accounting and taxation courses highlight not only his professional knowledge and preparation, but the enthusiasm he imparts for his subject and the respectful learning environment he creates. Snyder also serves as graduate advisor and helps match students with potential employers. He begins his mentoring by interviewing every admitted student, and by commencement, many graduates ask him — instead of attending family members or friends — to perform the hooding ritual.