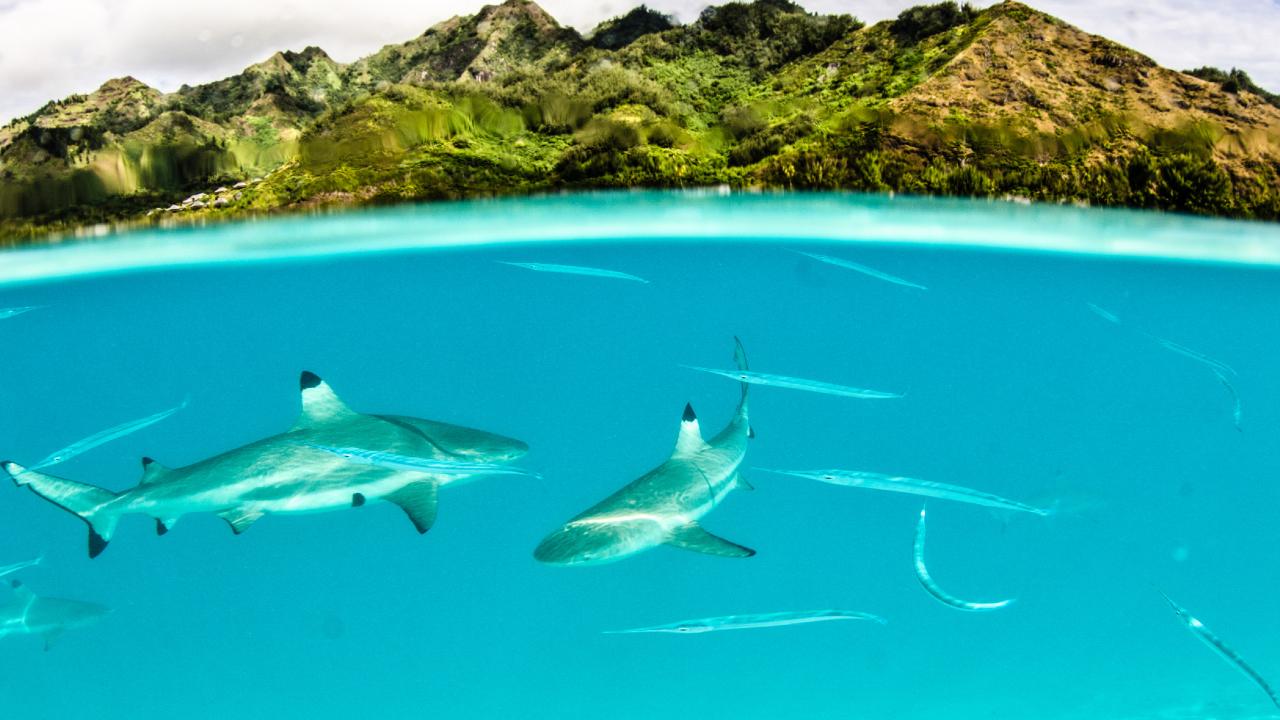 If there was a top-rated restaurant in a dangerous part of the city, chances are some brave souls would be willing to risk it all for a delicious meal.

So it goes with coral reef fish dining on algae in French Polynesia, according to a study from the University of California, Davis.

The study, published Jan. 12 in the journal Ecology, found that coral reef fish, like some land-based animals, experience “landscapes of fear.” The term describes how fish and other organisms perceive the safety of their environment based on where and how much shelter from predators is available.

However, after setting up different sized “buffets” of algae at study locations off the remote island of Mo‘orea, the researchers found that reef fish are willing to move past that fear. They will stray far from their sheltered coral refuge and risk the possibility of being eaten by sharks and other predators, especially if the payoff in tasty algae is higher.

“It’s the idea of hazardous duty pay,” said lead author Mike Gil, a National Science Foundation postdoctoral fellow at the UC Davis Department of Environmental Science and Policy. “If you worked construction at a particularly dangerous site, you would want higher pay. Similarly, these fish also appear willing to take on greater risk to capitalize on greater food rewards.”

While coral reefs provide shelter from predators, reef fish have a critical job to do in return: They eat algae that, in high abundance, kill corals.

However, algae multiply as coastal development and other human activities bring increasing amounts of nutrient pollution to the ocean. Understanding how fish feeding behavior responds to algal blooms, overfishing, and other disturbances is important for coral reef conservation and requires further study, Gil said.

“Our findings suggest that if we prevent overfishing in coral reefs, intact fish communities can at least partially counteract increases in algae by using this food incentive to overcome their fear of being eaten in dangerous parts of the reef,” Gil said. “So fish boldness may play an important role in large-scale algal blooms that result from nutrient pollution and threaten coral reefs worldwide.”

The study received financial support from the National Science Foundation, a Florida Sea Grant Fellowship and an Ed Stolarz Fellowship.