Rahim Reed Retires From the Community He Helped Build

Out of all the words in Rahim Reed’s long title — associate executive vice chancellor for campus community relations — the one that mattered the most to him was “community.”

“Everybody is supportive of community,” said Reed, who retired in June after 20 years in the post that he was the first to occupy. “Everybody loves to be a part of a community.”

The campus is invited to a virtual retirement celebration Tuesday (July 20), starting at 11:30 a.m., and to post messages and/or photos on a Kudoboard. A Rahim Reed Scholarship fund has also been established. See complete information below.

Today, his Office of Campus Community Relations has been rolled into the newer Office of Diversity, Equity and Inclusion. “Make no mistake,” he said, “that was always among my priorities, but, when I arrived, in 2001, the term ‘diversity, equity and inclusion’ had not come into widespread use.”

He came here from the University of Florida, where he was among the founders of the Center for the Study of Race and Race Relations, and had served as the center’s director from 1998 until leaving for Davis.

“I decided to go out into the real world to try to effect some change,” he said.

The real world brought an immediate challenge no one expected: 9/11, which occurred six days before Reed arrived on campus.

“Imagine a person whose job it was to create a sense of community and well-being and belonging, coming into a situation where the entire nation was feeling kind of fragile and a little disconnected and maybe even a little more suspicious of people whom we classified as the ‘other,’ and so it was a real challenging time, to say the least.

The Campus Community Book Project was another post-9/11 initiative out of Reed’s office, to promote respectful conversation among people with differing perspectives on a common topic. “We saw this as an additional way of living our Principles of Community,” he said. The project began in 2002-03 and has continued every year since, to book No. 20 in 2021-22.

“From the very beginning we wanted it to be much more than a book recommendation for freshmen,” said Reed, returning once again to the theme of “community.”

“It is truly a Campus Community Book Project, not only for freshmen but returning students and faculty and staff, on the Davis campus and at UC Davis Health. And we took it one step further by extending the project to the surrounding communities.

“And then we set about setting a schedule, where we could discuss things that were in the book that we agreed with and things that we maybe disagreed with, but could do so in a very robust but respectful way.”

Wisdom amid the tumult

Renetta Garrison Tull, vice chancellor of Diversity, Equity and Inclusion since 2019, said: “During the tumultuous past year with COVID-19, racial unrest and so many other issues, I particularly looked forward to taking in Rahim’s wisdom and his institutional knowledge.

“Rahim is our leader for community engagement, and we will continue to uphold the legacy that he has set through the Office of Campus Community Relations.” 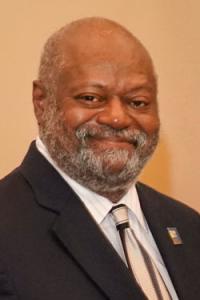 Did you ever see AEVC Reed in anything but a suit and tie? Dateline had not — until our Zoom interview, when he wore a short-sleeved shirt, (long) khakis and ball cap. It was his last day in the office.

Reed’s career at the University of Florida spanned 14 years, first as the assistant dean for student and minority affairs in the College of Law and then as director of the Center for the Study of Race and Race Relations. He was chair of the university’s Council on Affirmative Action from 1994 to 1996.

A native of Pennsylvania, he attended the University of Pittsburgh for his bachelor’s degree (psychology and Black studies) and two master’s degrees (public administration and social work). He holds a law degree from Rutgers.

He is an active member of several national organizations, including the National Association of Diversity Officers in Higher Education and the Global STEM Leadership Alliance, and also serves on several boards in the Davis-Sacramento region, including the Greater Sacramento Urban League, Urban Advocates & Achievers, United Way-Square One Project and the International House.

His move to UC Davis came around the time a number of states began placing limits on affirmative action, as in California, by way of Proposition 209 in 1996.

“I saw the opportunity to come to California, to come to the UC system, and maybe create a model as to how you can reconcile Proposition 209 or these other constitutional amendments or executive orders against race and ethnicity being used in processes of hiring, admitting or contracting — how we could still have a commitment to diversity and create those opportunities for minority folk.

“And I felt if it could be done at the University of California, then it could be a model that could be replicated across the country. And, so, that was part of the challenge that drove me to come to Davis.

“To be honest, I initially I thought perhaps in the UC system something like this might pop up at Berkeley or UCLA. But to my surprise, it came from UC Davis, which was supposed to be, you know, the more conservative sister in the campus system, the farm school.

“I applauded UC Davis for being forward-thinking — it wasn’t an easy thing for them to do at the time.”

‘He set the foundation’

Now UC Davis is applauding him. “He set the foundation for what we now know as DEI,” Vice Chancellor Tull wrote in the July 8 edition of For Your Information, the e-newsletter from the Office of Diversity, Equity and Inclusion.

She also announced a virtual retirement celebration for Reed and a scholarship fund in his honor. See complete information below.

Earlier this year, at Soaring to New Heights, Reed received the Eleanor Fontes Fulton Award for 2021, recognizing career achievement in promoting diversity and inclusivity, named after the retired director of the Office for Diversity, Affirmative Action and Equal Employment Opportunity.

Reed is quick to share the credit with his team and others around campus, and points to the Chancellor’s Achievement Awards for Diversity and Community, begun under his watch, honoring faculty, staff, students and others for their efforts.

He said he is grateful that, 20 years ago, UC Davis saw the importance of community relations, and that, as he had hoped, his office had served as a model for other UC campuses. And, of course, he is grateful for the relationships his office forged with all kinds of groups and stakeholders across the campus — faculty, staff and student — and in the wider community.

Reed’s tenure began and ended with crises that dramatically altered our nation. “We’re not the same country we were before 9/11, and we will never be the same after coronavirus and the murder of George Floyd in 2020 and 2021,” he said.

The more recent crises shattered the myth that the nation had begun transitioning to a post-racial society, he said. The pandemic exacerbated disparities in health care, and put a spotlight on other ongoing inequities, while the Floyd murder catalyzed a movement for police reform.

“We have our work cut out for us,” Reed said, but UC Davis is well positioned with its established structures, including the Office of Diversity, Equity and Inclusion, and the Police Accountability Board, established and run by the Office of Campus Community Relations.

“You know, we had a slogan that we used to have in our office, some time ago, saying simply, ‘Diversity is a fact of being human.’”

“Meaning that if you’re human, you know you’re going to be different than the next human. It’s a fact of being human that we have diversity, and so what we need to be able to do is to understand and appreciate the diversity within us, and utilize that to create a better environment for all of us.”

“Finally, we pay tribute to Rahim’s dedication to the community by unveiling a scholarship in his honor, for students from Sacramento,” Vice Chancellor Tull said. The scholarship will assist students who graduate from a public high school in Sacramento County and have been accepted into UC Davis, with a preference for students who graduated from one of the following high schools:

Given Reed’s work with specific programs, further priority may be given to students who participated in the National Society of Black Engineers Jr. (NSBE Jr.) and/or Urban Advocates & Achievers, in addition to graduating from one of the preferred high schools.