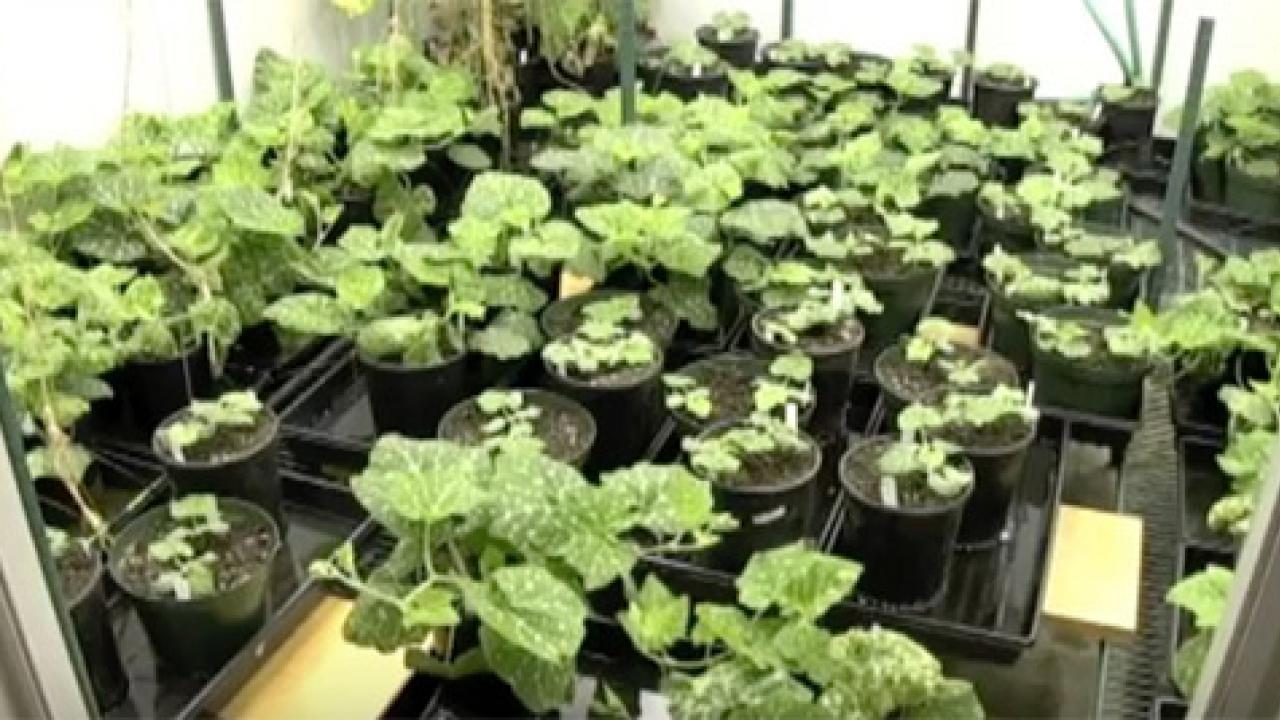 Pumpkins are more than big orange fruits — those long, fat vines are of great interest to biologists, too. William Lucas, professor in the UC Davis Department of Plant Biology, uses pumpkin and related plants such as watermelon, cucumber and melon — known as the cucurbits — to study how the different parts of a plant communicate with each other.

The cucurbits are ideal subjects for this work because of the large amounts of sap that can be collected from them, he says. This sap contains the proteins, nucleic acids and other molecules that carry signals between leaves, roots and shoots.

Lucas’ team has collaborated on the sequencing of the genomes of cucumber and watermelon, and among other achievements identified “florigen,” the signal that tells plants when to flower as the seasons change.

Pumpkin vines are also commercially important: Watermelon and other crops can be grafted onto pumpkin rootstocks for disease resistance.