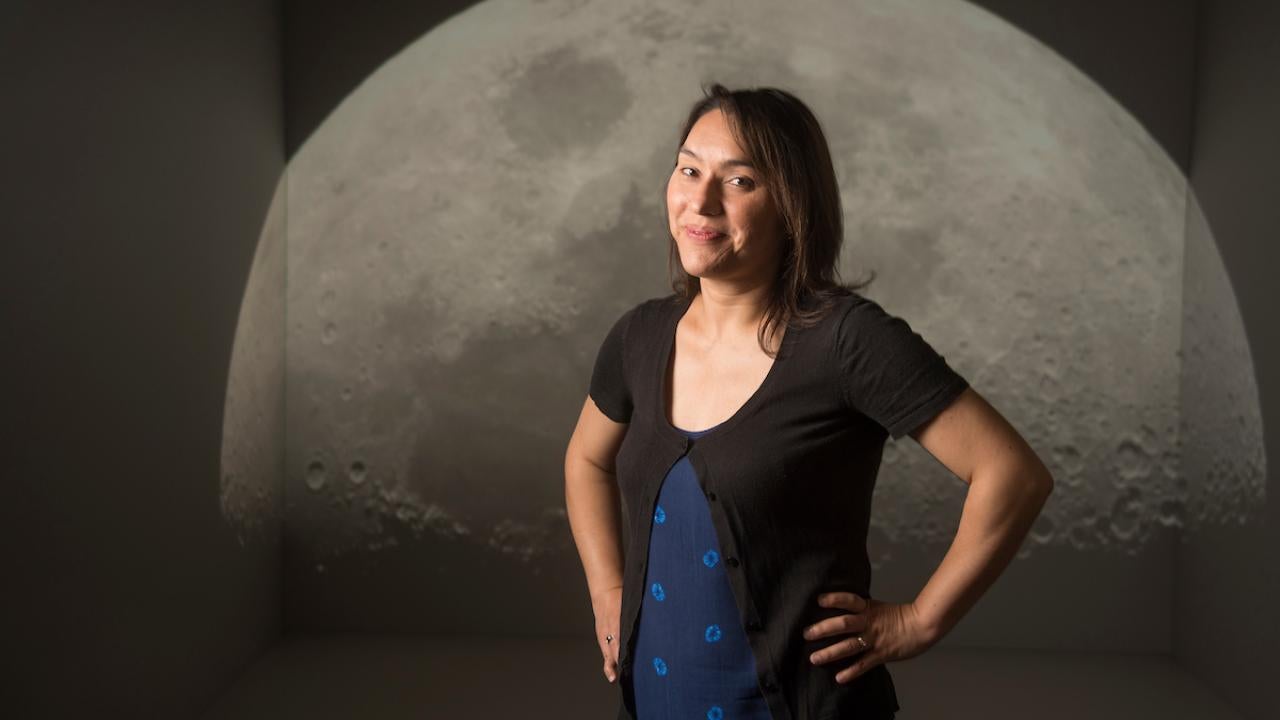 UC Davis Professor Sarah Stewart, an expert on planet formation, will discuss the significance of the 50th anniversary of the moon landing on UC Davis Live at 2:30 p.m. PDT Friday (July 12). You can listen to the discussion and ask her questions live here.

Stewart, who was named to a $625,000 MacArthur Fellowship in the fall of 2018, studies how planets form, developing new ideas about the evolution of the Earth and other planets. Her Shockwave Compression Laboratory uses what are essentially mounted cannons to reproduce conditions reached during the violent collisions that form planets. The experiments fuel novel ideas into how the Earth and moon formed, and help scientists better understand planets outside our solar system.

Stewart and graduate student Simon Lock proposed instead that the Earth and moon formed from an entirely new kind of celestial object, a gigantic spinning donut of vaporized and molten rock that they call a synestia. They showed how a synestia could be created from a high-energy collision between two planet-sized objects with high angular momentum.