Skip to main content
News
Name
Thanks to Hank Trailer

See Bob Ostertag’s ‘Thanks to Hank’ in Free Screening Jan. 15

A UC Davis professor will introduce his new documentary, Thanks to Hank, about “the fiercest gay activist you never heard of,” in a free screening on campus next week.

Hank Wilson, born and raised in Sacramento, died in 2008 at age 61. He had been a 40-year resident of San Francisco, where he became known as the Mother Teresa of the Tenderloin for providing refuge and care for people with AIDS. 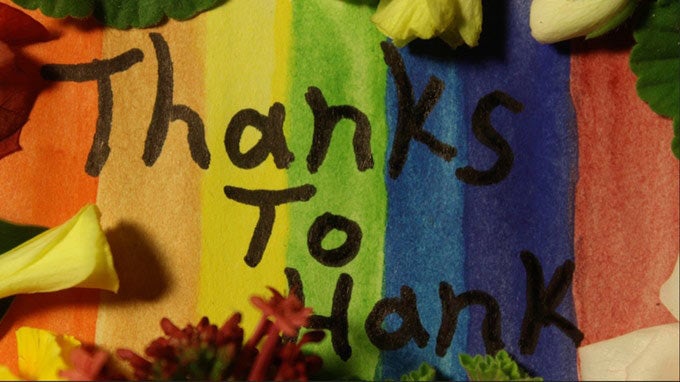 Longtime friend Bob Ostertag, of the Department of Cinema and Digital Media, made Thanks to Hank. It premiered at last summer’s 43rd annual Frameline international LGBTQ+ film festival in San Francisco; the campus screening will be the first in the Davis-Sacramento area.

“Hank was just a very, very compelling guy, but almost completely unknown outside of his best friends, which is how he wanted it,” Ostertag said. “He was not put on this Earth to receive accolades. This is a guy who slept on the floor to save money, and had homeless people sleeping in his car.”

Sophia Lanza-Weil, writing on the Frameline website, described Thanks to Hank as a “loving tribute to a man who radically altered LGBTQ+ life and rights in the Bay Area ... an impactful and informative glimpse of history marked by Hank’s uncompromising vision, activism and organizing.”

Ostertag, an activist himself, as well as a composer, historian and journalist, said: “I always knew that at some point I would do something in memory of him. I didn’t know if it would be a movie or a book or an event or whatever. 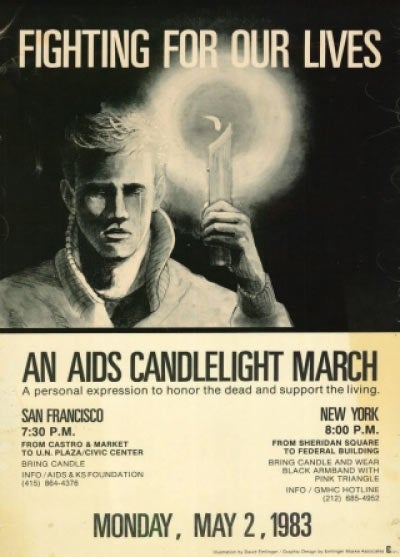 The film includes archival footage and interviews with collaborators and friends of Wilson’s, and music by Ostertag’s longtime collaborators the Kronos Quartet, Tin Hat Trio and Carla Kihlstedt. Fundraising covered the film’s cost, and any profits will be donated to organizations Wilson founded.

“In San Francisco during the 1970s and ’80s, Hank was the Johnny Appleseed of gay liberation,” according to the film’s website. “Everywhere he went new organizations sprang up. Many are still with us.” The list includes the following that he founded or co-founded (some of which have changed their names): Gay Teachers Coalition, San Francisco Gay Democratic Club, Tenderloin AIDS Network, Mobilization Against AIDS, ACT UP Golden Gate, AIDS Candlelight March, and Lavender Youth Recreation and Information Center.

AIDS hospice in the Tenderloin

“A kindergarten teacher, Hank took the lead in providing for the many young queers fleeing to San Francisco after being kicked out of their homes,” according to the film’s website.

He would quit teaching to manage a derelict residency hotel in downtown’s Tenderloin district, offering the Ambassador’s 100-plus rooms “as a refuge for street kids and anyone else with nowhere to go.”

“AIDS arrived, and Hank spent the next 20 years running the hotel as an unfunded hospice for the homeless and drug-addicted who were dying of AIDS. Many hundreds of poor people died in the Ambassador.”

In a HuffPost obituary, Ostertag wrote that his friend had a definition for “community” that his kindergarten students could understand — that a community was something that took care of its least privileged members, and if this simple thing could not be done, then you did not have much in the way of community.

“This was Hank’s life project, his singular, profound contribution to the gay and lesbian community, and to the city of Saint Francis.”

Jeffrey Day, content strategist in the College of Letters and Science, contributed to this report.