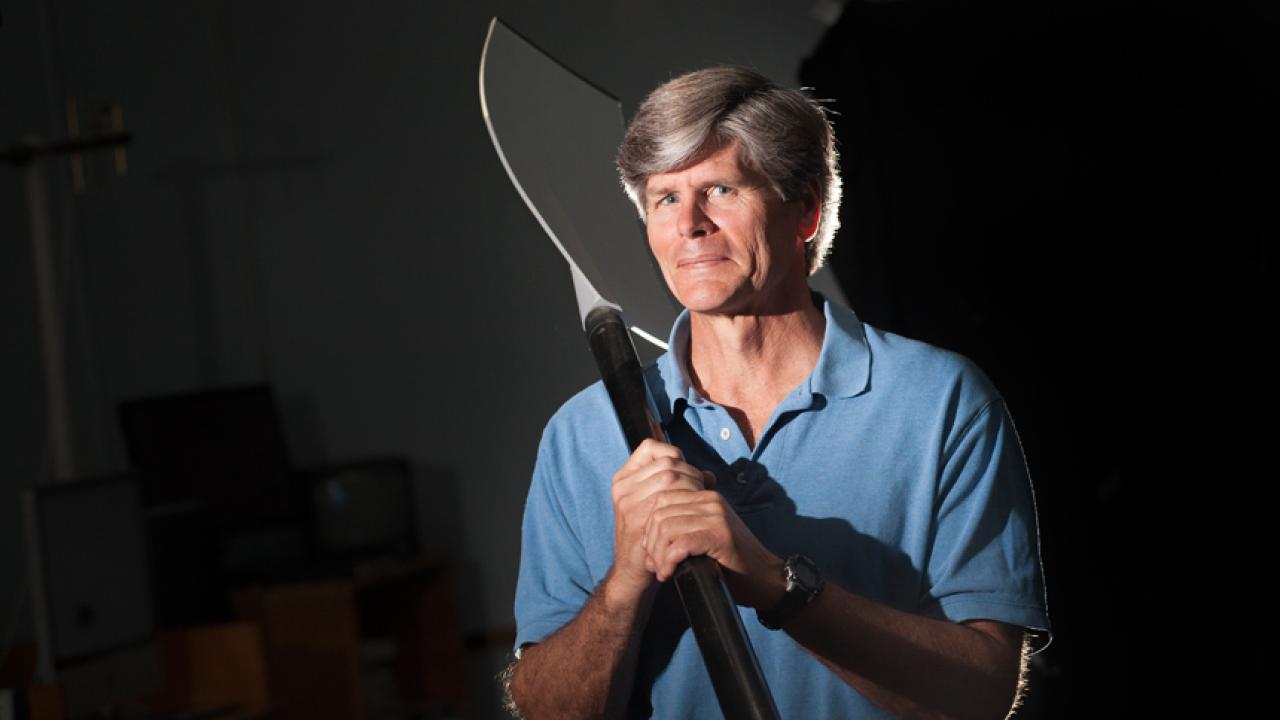 The Physics of Rowing

Why are we talking about rowing? Because Aggie alum Seth Weil ’11 will be rowing in the Summer Olympics in Rio de Janeiro. Read more about Weil and Aggie alum Kim Conley ’09, our other Aggie alum who’s going to Rio.

What is the key to rowing speed?

David Hawkins, professor in the Department of Neurobiology, Physiology and Behavior, along with then-graduate student Alex Baudouin, looked at the physics of rowing for a pair of papers in 2002 and 2003. Baudouin was a member of UC Davis men’s crew, and later an assistant coach, so he had a passion for the subject.

In the first article, published in the British Journal of Sports Medicine, the team outlined the biological and mechanical systems involved in rowing. The second, in the Journal of Biomechanics, focused on the hypothesis that crew performance could be predicted from three elements: the propulsive power of the rowers, the level of synchronization between the rowers and the rowers’ contribution to drag (the constraining factor).

To test the theory, the team instrumented a boat with a computer. They calibrated the oars to determine the forces each rower generated, and set up the rigging and seats to know their positions at any time.

Working with eight rowers rotating in pairs, the researchers measured the rowing profile of each rower. Based on each rower’s profile, they attempted to make the best pairs. The idea was that rowers with the most compatible rowing profiles (or synchronization) would most easily increase their speed.

But that didn’t prove to be the case exactly.

Yes, the pairings were a significant factor, but the researchers also noted that several rowers adjusted their performances based on their partners.

“The trends were there — they got faster —but the fact that pair was a significant factor indicated that these other variables weren’t as important as who they were being paired with,” Hawkins said. “So I think from a coaching perspective, at the elite level, it’s about matching how they work together.”