Two UC Davis faculty members are among the National Academy of Inventors’ 2022 class of fellows, as announced by the academy today (Dec. 8). 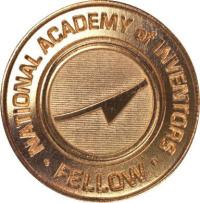 Those elected from UC Davis are Nancy E. Lane of the School of Medicine, who has made major contributions to the fields of musculoskeletal diseases of aging, including osteoporosis and osteoarthritis; and Justin Siegel, a chemist whose work in computational enzyme engineering is focused on discovering catalysts that improve health and environmental outcomes.

Lane holds three patents stemming from her research on osteoporosis, while Siegel holds more than 100 global patents and has co-founded eight startups in the last 10 years.

The new class of fellows, 169 strong, holds a collective total of more than 5,000 issued U.S. patents.

The breadth and scope of their inventions is truly staggering. I am excited to see their creativity continue to define a new era of science and technology in the global innovation ecosystem. — Paul R. Sanberg, president, National Academy of Inventors

Lane and Siegel join 13 other current UC Davis faculty members as fellows of the National Academy of Inventors. The 12-year-old academy now has 1,737 fellows, whose selection is based on their “demonstrated spirit of innovation in creating or facilitating outstanding inventions that have made a tangible impact on the quality of life, economic development, and the welfare of society.”

Nancy E. Lane — A distinguished professor of medicine, rheumatology and aging research in the School of Medicine, and director of the Center for Musculoskeletal Health at UC Davis Health, Lane discovered a compound, Llp2a-alendronate, that has the potential to improve common types of bone degeneration by directing stem cells to the surface of diseased bones to regrow new tissue.

The compound also has the potential to increase bone mass and strength in bones with osteoporosis. Her patents in this field have been licensed to Rabome Inc.

Lane is the recipient of numerous prestigious awards for her outstanding work on bone and mineral research. She has published more than 430 peer-reviewed articles. She is a member of the National Academy of Medicine and the Association of American Physicians, and a fellow of the American Association for the Advancement of Science.

Justin Siegel — He is an associate professor in the Department of Chemistry, College of Letters and Science, and the Department of Biochemistry and Molecular Medicine, School of Medicine, as well as the Genome Center. In addition, he is the director of the UC Davis Innovation Institute for Food and Health, and the Arthur and Carlyse Ciocca Visiting Professor in Innovation and Entrepreneurship in the Graduate School of Management.

His startups include PvP Biologics, which developed an enzyme to digest gluten; Peak B, a startup developing naturally-derived blue food coloring (blue is the rarest food color in nature); Digestiva, a technology company allowing people to eat the foods they love and get the health benefits they desire; and VinZymes, a technology company helping the wine industry adapt to climate change.

Siegel is a founding member of six international organizations, including FoodShot Global, a consortium for awarding and highlighting impactful innovation to help transform the world’s food system.

The induction ceremony for the 2022 class of fellows is scheduled at the academy’s next annual meeting, to be held in June in Washington, D.C.