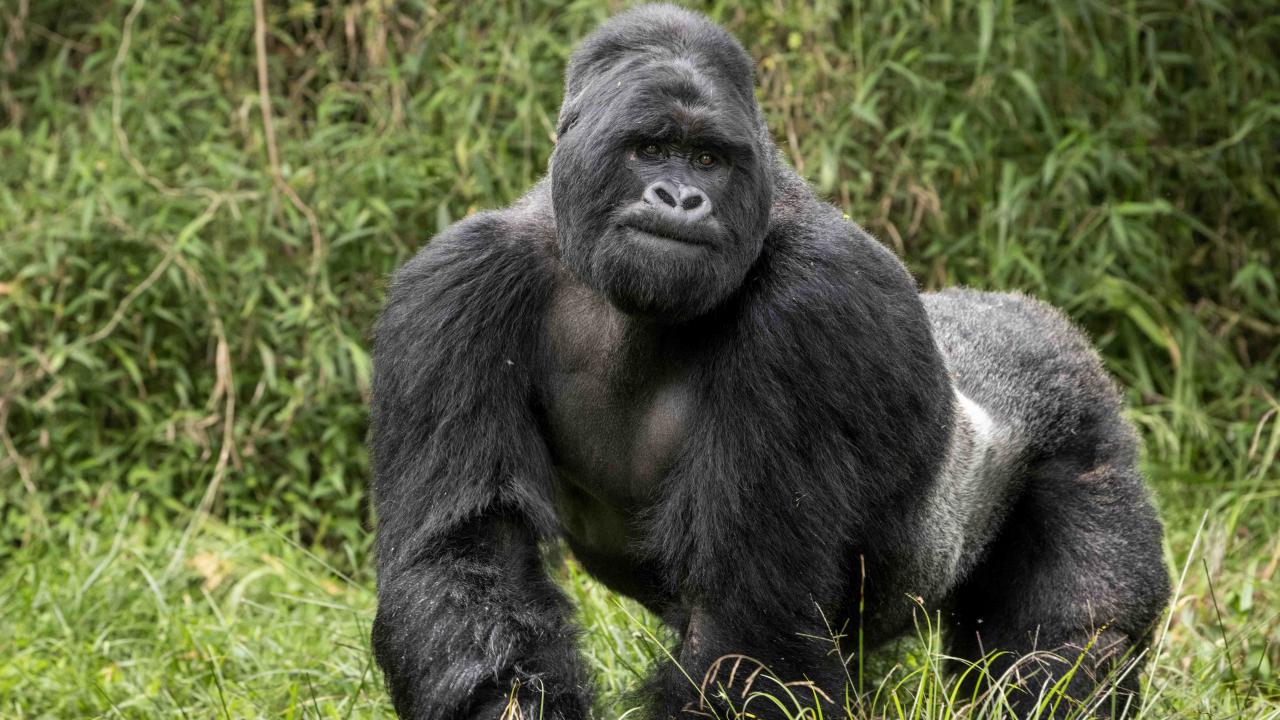 Mountain Gorilla Numbers on the Rise

A 2018 survey shows that mountain gorilla numbers have increased in Bwindi Impenetrable National Park, Uganda, and Sarambwe Reserve, DR Congo, according to the Uganda Wildlife Authority. The 2018 Bwindi-Sarambwe mountain gorilla survey found a minimum of 459 mountain gorillas in these regions, an increase from the previous survey estimate in 2011 of 400.

“Mountain gorillas are the only great ape in the wild whose numbers are increasing but their total population number is small so we must remain vigilant,” said Kirsten Gilardi, Gorilla Doctors’ executive director, chief veterinary officer and co-director of the Karen C. Drayer Wildlife Health Center at the University of California, Davis. “Given ongoing risks to mountain gorillas such as habitat encroachment, potential disease transmission, poaching and civil unrest, this increase should serve as both a celebration and a clarion call to all government, NGO and institutional partners to continue to collaborate in our work to ensure the survival of mountain gorillas.”

Gorilla Doctors is a partnership between the Mountain Gorilla Veterinary Project Inc., and the Karen C. Drayer Wildlife Health Center at UC Davis. The group provides life-saving veterinary care to mountain gorillas in Uganda, Rwanda and DR Congo. It is credited for half of the annual population growth rate of human-habituated mountain gorillas, meaning gorillas that are accustomed to the close proximity of people to facilitate research and tourism.

For the census, Gorilla Doctors served as part of the organizing team, participating throughout planning, execution and analysis of survey results, helping to train census workers and managing the storage and preparation of all fecal samples collected.

All DNA analysis was conducted by the Mammalian Ecology and Conservation Unit of the Veterinary Genetics Laboratory, or MECU, at UC Davis, where they isolated and genotyped DNA from nearly 2,000 georeferenced fecal samples to identify individual and group identities associated with each one.

"The combination of noninvasive genetic approaches with massive and intensive field surveys in this collaboration of governments, NGOs, and institutional partners was key to determining the otherwise hidden numbers and group size dynamics of unhabituated mountain gorillas, which compose more than half of the population,” said Ben Sacks, director of MECU at the UC Davis Veterinary Genetics Laboratory.

The MECU team also conducted data analysis and lead preparation of the final report. Gorilla Doctors collected and preserved additional fecal samples to study the impact of pathogens, including parasites, on gorilla health.

The 2018 Bwindi-Sarambwe population surveys of mountain gorillas, known as census, were conducted by the Protected Area Authorities in Uganda and the Democratic Republic of Congo (Uganda Wildlife Authority and l’Institut Congolais pour la Conservation de la Nature) under the transboundary framework of the Greater Virunga Transboundary Collaboration.

The census was funded by Fauna & Flora International, WWF, and Partners in Conservation at the Columbus Zoo & Aquarium.