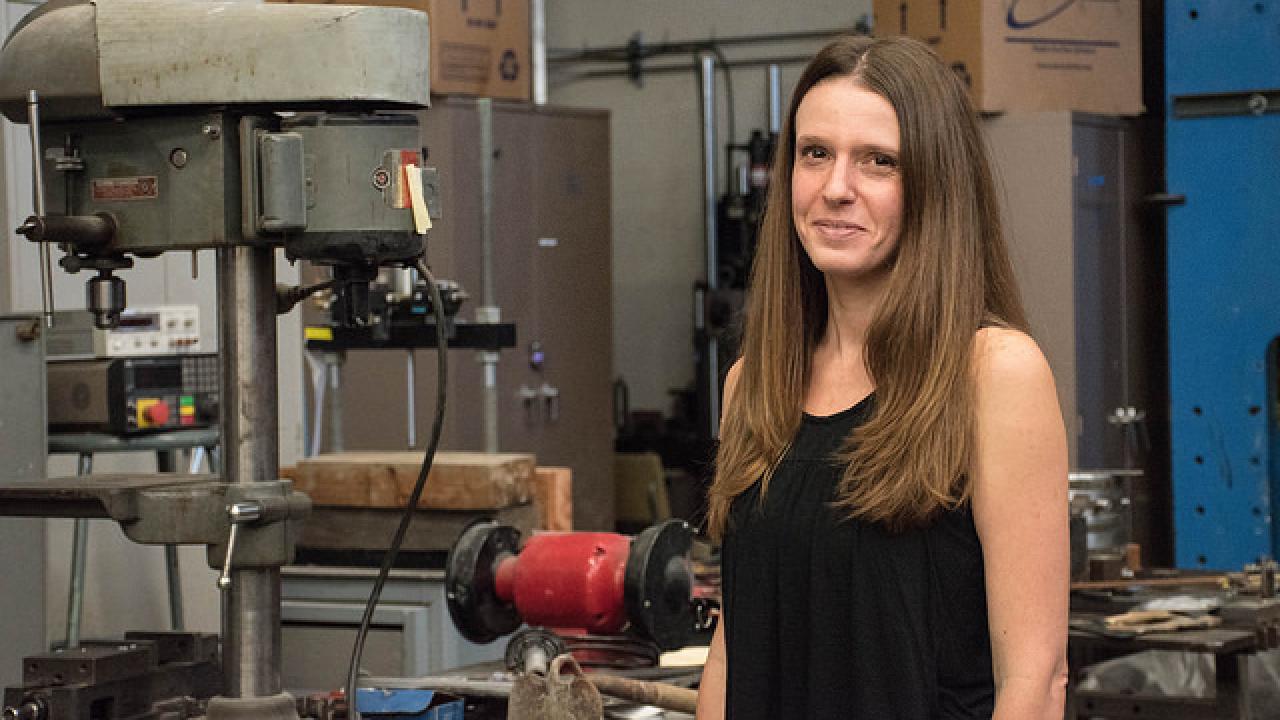 Cement production accounts for up to nine percent of global anthropogenic carbon dioxide emissions, according to the World Business Council for Sustainable Development. Sabbie Miller, assistant professor in the Department of Civil and Environmental Engineering, aims to change that by finding alternative ways to make cement or replace it altogether.

People have been using cement as a building material for thousands of years. Mixed with water and rock fragments, it forms concrete for buildings, highways and bridges.

Making cement involves heating limestone and clay to 1450°C (2640°F), which both consumes energy and releases carbon dioxide. The process also requires large amounts of fresh water. Yet the reason cement plays such a major role in carbon dioxide emissions comes down to the sheer amount of concrete being poured worldwide.

“It’s a reflection of society changing and the building of more infrastructure,” Miller said.

Miller, who serves on the sustainability committee of the American Concrete Institute, focuses her research on three areas: Alternative materials to conventional cement, ways to replace or reduce the amount of cement in concrete, and engineering approaches that target desired mitigation strategies for reducing environmental impacts of cement and concrete.

“I’ve found that structural design and material engineering rarely meet paths – if the structural engineer says I need a 25 MegaPascal (standard) concrete, no one ever says can I redesign the structure so I can get away with less, but higher-strength concrete,” she said.

One recent study by Miller and colleagues published in Nature Materials describes how the field of sustainable research is evolving; small changes with readily implementable methods could dramatically cut worldwide greenhouse gas emissions from concrete production by about 20 percent, she argues. Miller has also explored less commonly considered environmental impacts in the production of concrete, such as water demand, and has shown that the production of this one material is resulting in about 20 percent of global industrial water consumption.

There is a wide range of alternative materials that could be used to make cement with less energy, or to replace cement in concrete. Miller wants to know how these alternatives affect the structural and thermal properties of concrete and cement. How do they compare to conventional materials? How long will they last and what happens when they break down? What raw materials are needed to produce them and what impact does that production have on the environment?

For some applications, it might be possible to use less of an alternative material and still reduce environmental impacts by improving the overall strength and durability of a structure.

“Longevity could reduce demand for materials associated with replacement and maintenance,” Miller said.

With no slacking in global demand for concrete, there is plenty of scope for lessening the impact on raw materials, energy use, water demand, and carbon dioxide emissions.

“It’s the very edge of an ocean of research,” Miller said.