The California Olive Oil Council recently presented its highest honor, the Pioneer Award, to Dan Flynn, founder of the UC Davis Olive Center and the center’s director from its opening in 2008 until his retirement in June.

“Dan started the center on a shoestring budget and has since grown it to a world-renowned center for olive research and education,” said Brady Whitlow, president of Corto Olive Co., who presented the award.

Bruce Golino, president of Santa Cruz Olive Tree Nursery, noted the Olive Center’s 2010 “landmark” study of olive oil on supermarket shelves, finding that most of the imported olive oil in the evaluation did not meet extra virgin standards. “Dan’s decision to undertake and publish the study put California EVOO on the map, the importers on the defensive and cemented his legacy,” Golino said, using the acronym for extra virgin olive oil.

Karen Bond, president of Bondolio, said: “In the ensuing furor, Dan stood by the study, weathered the storm and shepherded the raising of the bar for EVOO not only here but also in Europe. Today, the quality of extra virgin olive oil in California is greater than it was in 2008 and continues to improve.”

Flynn expressed appreciation for receiving the award and for the council’s support for the center, noting that the Olive Center has built a “network” between the university and industry. “Networks thrive even when members exit,” he said. “The Olive Center will remain strong when I leave.”

Staff Assembly recently presented its 2021 Citations of Excellence and Staff and Staff Dependent Scholarships. Fourteen individuals and three staff teams received citations, which, “thanks to generous support from the Office of the Chancellor,” came with prizes totaling more than $17,000, according to Staff Voice. Staff and staff dependents received more than $25,000 in scholarships. See all the recipients here.

Fleet Services recently earned a spot in the top-100 Best Fleets in the Americas, as recognized by the Fleet Management Association, or NAFA, the vehicle fleet industry’s largest membership association.

Lisa Ikemoto graduated from the School of Law in 1987, joined the faculty in 2006 and has now been elected to the American Law Institute.

The nation’s most prestigious nongovernmental legal-reform organization, the institute oversees projects that often form the basis of laws and become standards cited in judges’ opinions, legal briefs and scholarly articles. With Ikemoto’s election, the School of Law now counts 22 faculty members and emeriti in the institute, which caps total membership at 3,000.

She has faculty affiliations with the Aoki Center for Race and Nation Studies, the UC Davis Health System Bioethics Program, the UC Davis Feminist Research Institute and the Department of Religious Studies.

Read more about Ikemoto in this article on the School of Law website.

Marie Heffern, assistant professor of chemistry, recently received one of two Paul Saltman Young Investigator Awards from the 2022 Metals in Biology Gordon Research Conference. The conference brings together researchers who investigate how organisms acquire and use metals in biological processes. The other award went to Dan Suess, assistant professor of chemistry at the Massachusetts Institute of Technology, who was a postdoctoral fellow in the UC Davis Department of Chemistry from 2013 to 2017.

Heffern’s work focuses on the role of metals in the endocrine system, called metalloendocrinology. In addition to basic biochemical research on trace metals, Heffern also develops new analytical methods to examine metals in the body. “This award truly represents my research passions,” she said.

Heffern joined the Department of Chemistry in 2017. She is a faculty scholar in the UC Davis Center for the Advancement of Multicultural Perspectives on Science, or CAMPOS, and received a UC Davis Graduate Program Advising and Mentoring Award in 2020.

Distinguished Professor Bruce Hammock and researchers Christophe Morisseau and Seiya Kitamura are among an international team that recently clicked its way to a Horizon Prize from the Royal Society of Chemistry.

The society recognized the team for the development of multidimensional click chemistry, “a next-generation click technology that extends bond creation into the three-dimensional world, opening doors to new frontiers in biomedicine, materials science and beyond.”

Hammock holds a joint appointment in the Department of Entomology and Nematology and the Comprehensive Cancer Center, Morisseau works in the Hammock lab, and Kitamura completed his doctorate in the Pharmacology and Toxicology Graduate Group working with Hammock and Morisseau before starting a postdoctoral position at Scripps Research.

Specifically, the team earned the Robert Robinson Award in Synthetic Organic Chemistry, among the inaugural Horizon Prizes “celebrating discoveries and innovations that push the boundaries of science.”

According to the award page, “click chemistry is a method of synthesizing larger molecules by combining smaller ‘modular’ chemicals together — similar to how Lego bricks might ‘click’ together. The click reaction utilizes only the most perfect reactions, meaning they occur quickly and irreversibly with minimal by-products created. Until recently, these connections were predominately flat (two-dimensional) and limited to uniting two modules.”

Read more in this article by Kathy Keatley Garvey, communications specialist, Department of Entomology and Nematology. 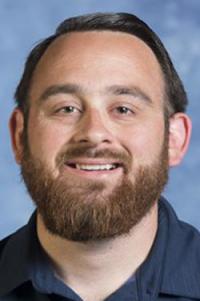 Aggie Athletics’ Brian McGovern, associate director of equipment (Hickey Gym), recently earned certification from the Athletic Equipment Managers Association. He’s been with UC Davis since January 2019, starting as an intern in the equipment room and moving up to associate director in December of the same year. He continues to work when he can as a locker room attendant for the Sacramento Kings, a job he’s held since 2013.